Secondary market volumes in European government bonds (EGBs) have grown significantly over the last 2 years. According to our TraX market data, which tracks EGB and SAS trading activity across 16 countries and over 600 issuances, average daily volume climbed to nearly €66bn in Q2 2021, a 33% increase on Q4 2020 levels, and a 20% increase over Q1 2021. Germany, France and Italy1 have seen the biggest increases in trading volume, with trading activity in these sovereigns up 27% in Q1 2021.

This trend correlates with the expansion of the ECB’s PEPP program and shifts in primary market issuance. The EU Governing Council increased the initial €750 bn envelope for PEPP by €600 bn on 4 June 2020 and by €500 billion on 10 December, which filtered through in the higher secondary market trading activity we saw in Q1 2021. According to AFME reports, gross issuance of EGBs & UK gilts was €519 bn in Q1, up 35% from last year. And we have seen that primary issuance has gained a significant portion of buyside interest – illustrated by the recent Italy BTP 50-year issued in April. That bond saw participation from more than 400 investors across 40 countries worldwide, including pension funds, central banks and hedge funds.

The pace with which the ECB has been buying bonds has also fuelled the market volume increase, as it seeks to keep a lid on borrowing costs and support growth. In July, it signalled fresh measures may be introduced next year to replace the current program. That signal, combined with cash in the economy hitting an all-time high thanks to cheap funding by banks, has created an ideal scenario for carry and roll trades in these markets.

There are also further dynamics to consider – the recent launch of the new “NextGenerationEU” bonds, and the ECB’s commitment to making its asset purchases greener.

The NextGenerationEU bond initiative is a pandemic recovery initiative that intends to raise €800bn over the next 5 years to “build a greener, more digital and more resilient Europe”. Secondary trading volumes are already climbing, with trading volumes on the MarketAxess platform reaching €1.3bn in June after the first tranche was issued earlier in the month. The ‘NextGen-EU’ bonds are expected to average roughly €150 bn per year between mid-2021 and 2026, which will make the EU one of the largest issuers in Europe.

Finally, the EU commission established a European green bond standard in July and the demand for such assets by investors is strong. Italy joined 10 other European government issuers and the European Commission as active participants in European sovereign green issue. Additionally, another four sovereigns have indicated they will bring inaugural ESG issuance to the market before the end of 2021, meaning 15 of European sovereign issuers are expected to be active in ESG markets by the end of this year.

As we enter the second half of the year, then, the market trend for EGBs and NextGenEU bonds is expected to remain buoyant. Making it all the more important to be able to monitor and decipher relevant data on their liquidity dynamics. 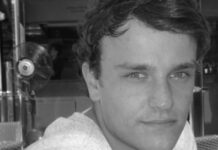 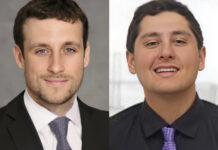 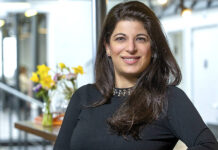