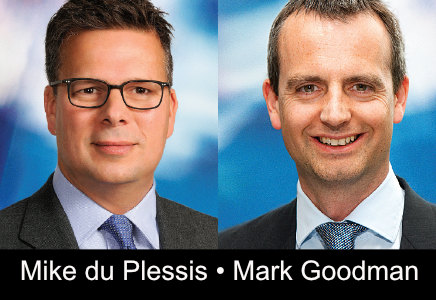 AI angst: keeping up with the robots

Few conferences on capital markets or investment management these days fail to include the obligatory panel or presenter on artificial intelligence (AI) and machine learning. Yet speakers rarely address the question lurking in the back of the minds of many audience members: Will my job be among those swept away in this next wave of technology?

The impact of technology on financial services employment is a long-running story, of course. Trading rooms have been transformed by pre-trade, execution and post-trade technology that has brought enormous efficiencies. That’s made it possible to do more volume, engage with a broader range of assets and markets, and better manage risks, all with comparatively smaller headcounts. Technology has fundamentally changed the function of the trader in this age of electronic markets, algorithms and big data.

But AI and machine learning threaten to bring a still more disruptive order of transformation. Driven by the instant processing of vast quantities of data from electronic markets and still more sophisticated algorithms, this technology looks suspiciously like it’s capable of creativity, intuition and other attributes long seen as the province of human consciousness. AI represents a quantum jump in the competition between human and machine, we fear.

Such fears have always haunted our relationship with the machines. We revel in the “coolness” of technology, commanding Alexa to order delivery of our lunchtime curry and summoning our Uber car on our smart phone. But our interactions with technologies that increasingly seem able to handle the complex, nuanced tasks we always assumed required the human element make us slightly queasy.

Feeding our insecurity is a vast genre of books with alarming titles such as “Rise of the Robots,” “Humans Need Not Apply,” and, still more ominously, “Post Human Management.” No less authority than Stephen Hawking ventured that “the development of full artificial intelligence could spell the end of the human race.”

In our busy professional lives, we do not have much time to dwell on the ultimate fate of humanity, but it’s only human to worry about technology’s threat to the existence of our jobs in nearer time horizons. To be precise, we don’t fear technology that makes us better, we fear technology which will replace us altogether. This is the fear which Hawking was expressing – the fear of becoming a second-class citizen. This is not an irrational fear – the rise of intelligent algorithms is driving significant change across many industries, not only ours.

Some take solace in the view that there are uniquely human qualities that machines cannot replicate. At the top of the list is the ephemeral quality called “creativity,” an attribute as valued in business and finance as it is in the arts. There are signs, though, that AI can come very close to outputs that would rank as authentically creative.

In their book, Machine Platform Crowd: Harnessing our Digital Future, Andrew MacAfee and Erik Brynjolfsson of MIT’s Sloan School of Management recount how engineers came up with a design for a heat exchanger using “generative design” software. The engineers asked: “What would a heat exchanger designer who had all the requisite knowledge but none of the accumulated experience come up with?” To find out, they supplied all the performance specs – dimensions, cost, lifespan, energy transfer, etc – into generative design software and used 3D printing to produce a prototype.

The prototype bore little if any resemblance to existing heat exchangers designed by humans, yet it met all the specs. “Generative design software is not constrained by older methods, so it is free to imagine and propose a vastly wider range of shapes,” noted MacAfee and Brynjolfsson “Unlike most, if not all, human designers, the software isn’t consciously or subconsciously biased toward existing processes, so it does explore more freely.” In the MIT professors’ view, this outcome falls well within the definition of creativity – “the ability to make new things or think of new ideas.”

This “beyond human” output – and its capacity to literally change the terms of the game – was on display in the historic 2016 Go match in Seoul between Lee Sedol, one of the world’s top players, and AlphaGo, the AI system built by Google researchers. At one point, AlphaGo made a move that flummoxed Sedol and those attending the match in the Four Seasons Hotel.

“It’s not a human move. I’ve never seen a human play this move,” said one experienced Go player in attendance, adding, “So beautiful. So beautiful.” The move altered the game’s direction, and AlphaGo went on to win the game.

What does this say about AI’s future in our industry, and our ability to survive in our human roles providing our clients with the expertise and capabilities they need to access liquidity cost-effectively? The pessimistic view is that AI and machine learning will accelerate rapidly, reducing the number of humans needed to guide investments and navigate markets. Among the drivers of adoption is the relentless push for cost efficiency in both operations and execution. More consolidation among market participants lays ahead, this view says.

Adding fuel to this transformation are the fast-growing amounts of data being produced every second by the current generation of automated trading strategies used in global electronics markets. The more data AI has to tap, the more inviting the opportunities to put its dynamic approach to work.

Then there’s the transformative effect of AI on market structure. Using AI to understand and navigate the market changes the market. As scientists have long noted, simply observing phenomena changes the phenomena itself. As market structures are altered by AI, participants will be drawn into the need to enter the fray and ramp up their AI capabilities. The equity markets’ transformation proved comparatively speedy once electronic trading reached a certain level, and there is evidence now that we’re in a sort of arms race in that market and other asset classes now. These trends have occurred even as the professional trading population has been shrinking.

A more optimistic view of our relationship with the machines would note that in many cases the best results come from human and AI collaboration. AI can produce more powerful results if working alongside humans, with all our group think, biases and emotional baggage, some say.

Also testing the boundaries of AI adoption are our uniquely human notions of personal and organisational accountability. Situations of a literally life-or-death nature bring the accountability issue sharply into focus. Should the advent of effective AI lead us to outsource a “kill” decision to a Lethal Autonomous Weapon? If we do so, who would be culpable for errors?

In the new field of systems biology, it is possible that an AI algorithm will determine a cocktail of drugs uniquely capable of targeting a specific cancer. What happens if the drug cocktail actually kills the patient? Who is to blame if a learning algorithm which has outlearned human doctors makes a fatal error? Indeed, who can determine whether the error was, in fact, probabilistically, a very smart decision?

The point here is that, as was the case with the ‘beautiful move’ in the AlphaGo example, it may not be possible for human masters to challenge or assess the efficacy of the learning algorithms. Even one poor outcome at high cost will test the willingness of the operators of the AI to continue. In the trading arena, what if the cost was a regulatory event, and the trader were unable to respond to a simple “why” question posed by an external authority?

In the near-term, these questions point to significant barriers to unfettered autonomous trading even were the human overlords willing to let the robots roam. For now, at least, AI is a critical component of building highly efficient trading machines within rules-based market environments. The progress is rapid and the implementation of these robots is changing the way markets trade most importantly by generating the data that in turn feeds the machines. Like a turbocharger feeding oxygen back into the engine, the result is a burst of capability that buy side and sell side alike must master in order to compete. 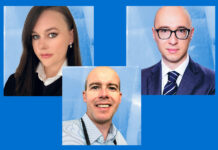 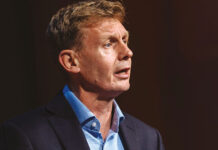 Viewpoint: Technology and the evolution of fixed income trading