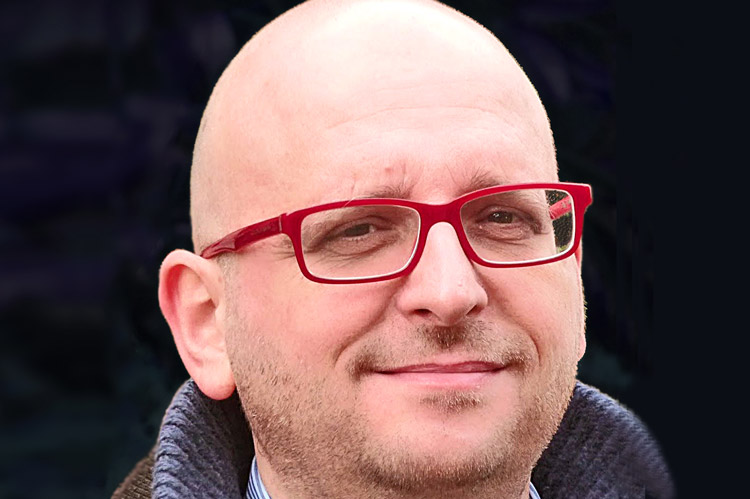 Distributed ledger technology (DLT) is at a very early stage of development. Sometimes confused with the blockchain technology underlying bitcoin, it is supposed to be the evolution of that technology designed to avoid the architectural choices that make bitcoin’s blockchain unsuitable for securities settlement and financial applications. DLT is enjoying the blockchain hype originating from the resiliency of bitcoin operations, but it still lacks a reference implementation or strict technical specifications, beyond being a shared ledger using cryptographic tools.

Understanding of the technology lags well behind the hype. While it seems to promise major change for capital markets and other financial services, few can say exactly how or why. Being at the crossroads of game theory, cryptography, computer networking, data transmission, economic and monetary theory, blockchain requires a hard-to-find skill-set to be properly understood

Technically speaking, blockchain is an append-only sequential data structure; in order to change a single block in the middle of an existing chain, all subsequent blocks need to be changed, making this operation computationally inefficient. A blockchain is unsuited for data manipulation, being designed for the very specific idiosyncratic task of immutability. It makes sense only if associated to a decentralised virtual currency, i.e. to a native digital asset whose seigniorage revenues are used to provide the necessary economic incentive required to reach consensus in a distributed network. In this case the distributed consensus is about transaction history and can be obtained by anonymous uncensorable transaction validators (miners).

Does it make sense to consider a blockchain without bitcoin? Having no bitcoin implies having no asset available to reward miners, which in turn requires appointed officials for transaction validations. If the officials are appointed by some central organisation, why should they choose to use a blockchain, i.e. a sub-par data structure, instead of a regular shared database? Since the interest in virtual currencies within the financial markets has remained marginal so far, most of the interest for DLT seems to boil down to the cryptographic enhancements of coupling secure messaging with shared databases. Moreover, most of the benefits associated with the DLT are not really exclusive to this technology.

Instant clearing and settlement is probably the most appealing promise of DLT; however, in a world of nanosecond financial transactions, such an achievement is not blocked by the technological limits. In our current financial market infrastructure, instant clearing and settlement is elusive mainly because of the consensus by reconciliation process: the checks and balances framework, based on independent reconciliation of multiple self-reliant ledgers, that allows for the required regulatory prescriptions, corrections, and restrictions. In order to shorten the time span of these processes, progress could be obtained by augmenting the existing database technology and automation practices with cryptographic tools. Anyway, so far the analysis of the regulatory and operational feasibility of alternatives to consensus by reconciliation has been neglected. The only widely accepted opinion is that any form of alternative decentralised consensus should provide a recourse mechanism and rules subject to the review, management, and approval of some intrinsically centralised higher court: an oxymoron which does not exist yet.

Furthermore, for instant clearing and settlement of spot transactions the existence of cash on the ledger would be crucial to implement effective Delivery versus Payment. Such a facility is not available yet, and it is absent from the agenda of many prominent players promising DLT solutions. However, providing direct access to central bank money on a ledger might be distressing for the retail banking system: as pointed out by Mark Carney, Governor of the Bank of England, “it would mean people have direct access to the ultimate risk-free asset. In its extreme form, it could fundamentally and perhaps abruptly re-shape banking. However, were it to co-exist with the current banking model, it could exacerbate liquidity risk by lowering the frictions involved in running to central bank money”. In other words, everybody would prefer to own central bank instead of commercial bank money: a huge systemic stability risk.

Even more insubstantial is the case for DLT in derivative transactions, especially those with maturity beyond the spot date. The collateral amount for derivative transactions is correlated to the risk of the outstanding portfolio between two counterparties, a crucial model-dependent and computationally intensive calculation. In a DLT environment it is not clear which agent would perform it, what its economic incentive would be, and which models it should use. The claimed automation of variation margin payment should be specified with a programmatic access to payment funds, which would entail huge operational risks. Last but not least, whatever robust automation might be devised for frequent variation margin payments, the default of counterparty would leave the other party exposed to the market risks usually covered by initial margin: i.e. initial margin would still be required. Even automated prompt detection of the default would not help significantly in reducing the initial margin amount, as it is basically tied to the time required to find a new counterparty replacing the defaulted one. Finally, operational glitches and delays in automated payments might even trigger improper automated defaults: a huge operational risk, unlikely to be worth the potential benefits.

In general the mirage of blockchain’s low operational costs derives from the false impression of free blockchain transactions: if one takes into account the seigniorage revenues invested, each transaction on the bitcoin blockchain has a cost of about US$5-10. Cheaper forms of consensus have not been proven yet, and even if one can imagine resorting to basic bilateral consensus through digital signatures (something hardly innovative or disruptive), the integration cost in the existing infrastructure is not going to be irrelevant.

Moving away from unspecified distributed ledgers and back to concrete blockchain technology, there is an often neglected actual application for financial markets: notarisation services. The bitcoin blockchain (i.e. the most secure one, since the effort/cost for its manipulation is prohibitive) can be used for the trustless time-stamping of documents and the anchoring of arbitrarily large data sets. A generic data file can be hashed to produce a short unique identifier, equivalent to its digital fingerprint. Such a fingerprint can be associated to a bitcoin transaction, the bitcoin amount being irrelevant, and hence registered on the blockchain: the blockchain immutability then provides robust non-repudiable time-stamping that can always prove without doubt the existence of that data file in that specific status at that precise moment in time. This generic process is even undergoing some standardisation to achieve third party, auditable verification and broker-dealers could use it to satisfy regulatory prescriptions about tamper-proof data storage.

DLT has generated unrealistic expectations so far. As an evolutionary database technology at its best, it might be relevant but hardly disruptive. Instead, more attention should be devoted to the ground-breaking availability, for the first time ever in the digital realm, of a scarce asset which is transferable but not replicable: bitcoin could prove to be digital gold as relevant as physical gold has been in human history and in the development of finance. It has already realised a resilient permission-less transaction network and could play a crucial role in the history of money: it is much more relevant than the DTL chimera. n

Ferdinando teaches “Bitcoin and Blockchain Technologies” at Politecnico di Milano and Milano-Bicocca University. Former Head of Blockchain and Virtual Currencies in Intesa Sanpaolo bank, he has been speaking, lecturing, and training about bitcoin at central banks, parliaments, universities, conferences, and workshops. Chairman of the Host Committee for Scaling Bitcoin 2016 in Milan, he is member of many committees across Europe. His academic research focuses on price stability, advocating automated non-discretionary elastic monetary policy for a new generation of cryptocurrencies (Hayek Money).
TOP OF PAGE