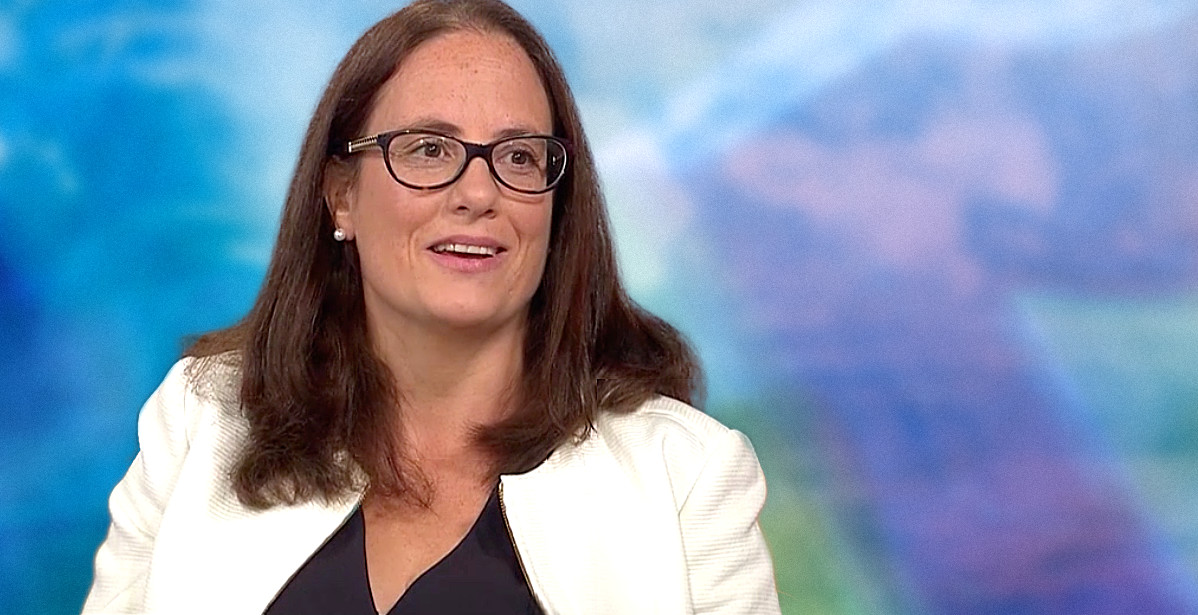 Shanny Basar talks to Nichola Hunter, head of rates at MarketAxess about leading a start-up, becoming an acquisition target and the growth of electronic fixed income trading.

Nichola Hunter’s career advice is to be unafraid of taking a risk. Her decision to turn down a job at a big bank and join a start-up ultimately led to her appointment as chief executive of LiquidityEdge.

The electronic venue for trading US Treasuries was acquired last year for $150m by MarketAxess, which provides an electronic trading platform, market data and post-trade services for fixed income. The business now operates as MarketAxess Rates and Hunter is head of rates.

The acquisition was completed in November last year, just a few months before Covid-19 led to staff having to work from home.

Hunter said: “We delivered the first phase of the integration in May despite the lockdown. MarketAxess clients can access LiquidityEdge streams and straight-through-processing for US Treasuries.”

LiquidityEdge was launched in 2015 to offer a bespoke electronic trading ecosystem for US treasuries. Liquidity providers create different streams after analysing consumer flow in order to facilitate trading. As a result, each consumer is connected to the appropriate liquidity provider and receives a customised order book for their individual trading strategy.

When MarketAxess clients were trading corporate bonds, there could be a time delay between executing the bond and the hedging US Treasury trade, leading to a risk that the price could move and increase the cost of execution. After delivering the integration which allows clients to seamlessly transact their corporate bond trade and Treasury hedge at the same time, Hunter has further growth ambitions.

“We are building a European rates business over the next six to 12 months,” said Hunter. “We will be using the MarketAxess platform but adding functionality from the US Treasury market such as an order book and request-for-quote protocols.”

She continued there is also an opportunity for streaming and Open Trading in the rates business. MarketAxess’ Open Trading model operates on an all-to-all basis allowing multiple parties in a network to come together to trade, rather than the traditional model of only banks supplying liquidity to the buy side.

“On-the-run US Treasuries are 90% electronic but other deep off-the-run and less liquid bonds, and parts of credit, still provide massive opportunities for electronification,” she added. “The pandemic crisis has proved the benefits of electronic trading beyond a doubt and pushed the market to an inflection point.”

For example, during the crisis there was a liquidity squeeze in the US Treasury market.

“MarketAxess Rates has a diverse mix of liquidity providers, so March was a record month despite spreads widening and the order book thinning out,” said Hunter.

MarketAxess also reached record estimated market share for both high-grade and high-yield bonds in the second quarter. McVey said: “Estimated transaction cost savings delivered back to our clients reached an all-time high, with client savings exceeding company revenue for the second quarter in a row. We are encouraged by the breadth of volume and market share gains across all credit products and geographic regions, leading to robust revenue and earnings growth.”

Career path
Hunter has a Masters in Politics and International Relations from the University of Aberdeen and joined the HSBC graduate training programme for two years.

She began her career in Global Transaction Services at ABN Amro Bank in the Netherlands before becoming head of client services at EBS, the electronic foreign exchange trading venue. In 2006 EBS was acquired by inter-dealer broker ICAP and Hunter eventually became co-head of EBS Market.

Hunter said: “I left ICAP after 12 years and for the first time in my career took a significant risk. My advice is to not be afraid of taking a risk.”

While she was on gardening leave she helped David Rutter launch LiquidityEdge. As a result, she agreed to become chief operating officer of LiquidityEdge rather than accepting ‘the safer’ position as COO of a foreign exchange business line at a large bank.

“I thought I would never have another chance to start a firm from scratch and I had the opportunity to work for a mentor and boss that I respected in an area that I Ioved,” said Hunter.

In May 2018 Hunter became chief executive of LiquidityEdge after three years as COO.

“I had the classic imposter syndrome as a woman but it was a great opportunity,” she added. “I had already been running the business but had to learn different skills as a CEO, especially when we became an acquisition target.”

Women in technology
Hunter said: “I never thought of being a woman in technology but I do believe many of us are suited to start-ups as we take a broader, more empathetic view of the whole business.”

She highlighted some progress, as there are a lot more women in finance and technology than when Hunter began her career 25 years ago.

Hunter gave the example of women reaching senior positions – such as Adena Friedman, president and chief executive of Nasdaq, and Stacey Cunningham, president of the New York Stock Exchange.

However, she also said technology is the future of the industry and finance needs to do a better job of targeting girls in schools and colleges. “We also need to support them early in their careers so they do not leave,” she added.

Hunter continued that the industry needs to support diversity of all kinds in order to attract the best young people.

“Companies need to demonstrate they have taken action, rather than just paying lip service, and our CEO has already made a strong commitment by investing in new recruitment initiatives and to enhancing the diversity of the board,” she said.

Last month MarketAxess announced the election of Kourtney Gibson to its board of directors. Gibson is president of Loop Capital Markets, one of the largest privately-held investment banking, brokerage and advisory firms headquartered in the U.S. She started with Loop Capital in 1997 as an intern and rose to become head of both the firm’s equity and taxable fixed income divisions.

Hunter concluded that women need to be careful of not becoming the ‘capable girl’ and of not being remunerated properly.

She added: “You don’t have to be a perfect fit to apply for a job but just work hard and be passionate.”