A new report by analyst firm Burton-Taylor entitled ‘US Corporate Bond Electronification’ has found that the different electronic execution systems and platform providers in the US corporate bond space are having a marked impact on the provision of pricing model in that market, as a consequence of the new trading protocols and increased efficiencies offered.

“The market is still very much in a transition phase between traditional over-the-counter paradigm and electronic trading,” says report author Colby Jenkins. “Pricing is inherently tied to the model that traders execute on; so innovation we see today is largely happening to combine the two paradigms.”

The report looks at five major providers; Bloomberg, Liquidnet, MarketAxess, Tradeweb and Trumid, with an analysis of the differentiation and the pricing capabilities of each. This report compliments Burton-Taylor’s recent report US Corporate Bond Electronification & Market Data Introduction report.

Although each of these is driving the electrification of the markets, they are seeing very different dynamics play out as they support new trading protocols and champion new ways of doing business.

Over the past month Tradeweb has seen its trading volumes increase year-on-year, reporting in May 2021 an 8% growth in rates volume, no growth in US investment grade trading volume and a 38% increase in European credit trading. It observed that US credit average daily volume (ADV) including high yield was up 6.0% YoY to US$5.6 billion and European credit ADV was up 46.7% YoY to US$1.7 billion.

By contrast, MarketAxess saw a 36% drop in US IG credit trading, a 6% decline in rates trading volume and a 38% increase in European bond trading. The firm noted that In May, average daily volumes in Eurozone sovereign bonds were the highest they had been in eighteen months at €74 billion, an increase of €20 billion on May 2020, while European secondary corporate bond market volumes continued to dip in May, continuing a steady decrease since March. May 2021 volumes were €28bn lower than those in May 2020.

The two firms’ rivals, which were included in the report, do not publish monthly volumes, but have each seen an ebb and flow as they innovate with new ways of trading. The most talked about recent trading protocol has been portfolio trading, which Jenkins observes has allowed firms to engage in trading in a way that they could not when trading bonds line-by-line instead of within a single basket.

“It is not just a matter of making the workflow more efficient,” he says. “It is a way of generating liquidity for certain bonds that are more difficult to price unless you do it over whole basket. If you look at what Bloomberg is doing with BVAL and Tradeweb which has had a lot of success in this area. And that is not even scratching the surface of its effect in the exchange traded fund (ETF) space.”

The same has been true for the all-to-all model which has recently been called upon by Federal Reserve Governor, Lael Brainard, to be considered for the US treasuries market. By allowing firms to make prices without carrying the risks associated with dealer risk-carrying – for example by presenting real liquidity with an investor on the other side – the all-to-all model has supported buying and selling on a more natural basis.

As these electronic models have evolved, rather than been forced, they represent a very different approach to changing the market than was seen in the US swaps market, where swap execution facilities (SEFs) were forced upon the market as a fait accompli, creating a division between an electronic flow model and a more manual voice model.

Nevertheless, he says the report he has written is necessary to ensure that traders are well informed about the latest developments in trading innovation, and the impact that potentially has on their ability to form prices, either via the sell side or as price makers.

“There’s almost an aptitude gap in the buy-side which means traders need to make sure they are on top of the latest innovation,” he says. 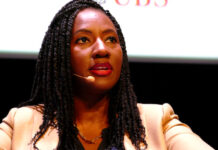 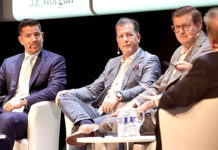 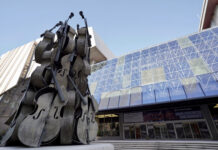