In a speech on 24 January 2017, Chris Salmon, executive director for Markets at the Bank of England (BoE) noted that its 18-month QE programme, established in September 2016, could end ahead of the March/April 2018 deadline.

He said, “While our purchase pace will continue to depend on the nature of the offers we receive, and portfolio matching constraints are likely to become more binding as we near the purchase target, it seems probable that the Bank will be able to complete the purchase programme faster than we thought possible to begin with.”

The BoE had set purchase targets of £60 billion in government bonds and £10 billion in corporate bonds. Asset managers have highlighted that the purchasing programme has emboldened investors in fixed income assets. 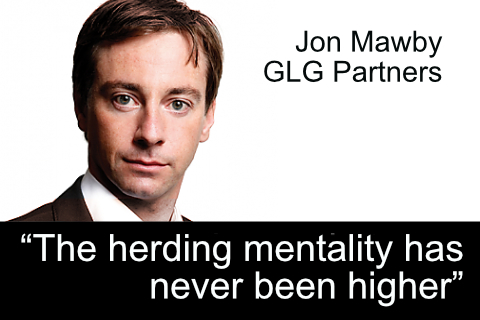 “There is a study that we look at quite regularly run by the IMF about herding mentality amongst the investment community and on most of their measures that herding mentality has never been higher and that is absolutely, directly to do with QE,” said Jon Mawby, portfolio manager at GLG Partners, speaking at the Association of Financial Markets’ 12th Annual European Market Liquidity Conference on 23 February 2017.

The worry is that liquidity risk will rise significantly in the short term when the QE programme comes to a close. At present there is no deadline from the BoE, with one spokesperson noting that the auctions process makes certainty impossible.

“You test the market every time you go out,” he said.

Liquidity in the corporate bond markets has been a source of debate between regulators and investors. Several studies from national competent authorities, including the UK’s Financial Conduct Authority, have suggested that liquidity levels have not been harmed by the reduction of sell-side participation in the market. That stands in direct contrast to the experience of many buy-side traders.

“[QE] is absolutely why fixed income inflows have been as high as they have over the last few years,” said Mawby. “If you don’t overlay the amount investors have been herded then you won’t get the real picture of liquidity risk.”

In part the issue is defining liquidity risk, whereby the cost of liquidity impacts accessibility rather than availability of assets, thus making investment strategies more or less viable. James Athey, senior investment manager at Aberdeen Asset Management, notes that the unwinding of QE would fall into this camp.

“The impact that we are attempting to capture is one of price as opposed to bond market liquidity,” he says. “Technically if the central bank is selling bonds that provides more free float of bonds and therefore liquidity in the strictest sense would increase – that is an oversimplification but the reality with liquidity is that it is very, very difficult to accurately describe given it exists only at a given point in time at a given price.”

Jan Dehn, head of research at Ashmore, notes that a combination of QE and widespread expectations of deflation in developed markets have directly caused a giant portfolio shift out of non-QE markets, including EM into QE markets, a trend which is now slowly reversing.

In coping with the unwinding, he offers three thoughts, “Sell before others do; get out of the overbought QE markets [and] steady, deliberate position squaring.”