When retirement funds bring fixed income investment in-house, they have to re-engineer the trading process. Dan Barnes finds out how.

Many pension funds are weighing up the viability of bringing investment processes in-house, including fixed income. However a fund bringing any aspect of fixed income investment in-house has to assess how it will handle trading. Credit markets are undergoing a slow-motion fragmentation.

Government bond trading is increasingly the preserve of electronic market makers. Interdealer markets may open up to the buy side, and the sell side is a lesser presence across rates and credit. Understanding the investment fundamentals may not prepare a portfolio manager for the reality of trade execution for bonds.

Trading desks within asset managers can be hotbeds of innovation, enabling them to bring expertise and technology to bear upon a concentrated weight of assets under management (see p.14 ‘Jim Switzer: On taking control’). As a focal point of risk, managing trade execution is no mean feat. However, technology is making the process more straightforward to handle.

“A lot of things have conspired to make it easier to run money in-house than it would have been 10 years ago,” says Mike Rosborough, senior portfolio manager for Global Fixed Income at California Public Employees’ Retirement System (CalPERS), a fund with US$290.7 billion in assets under management (AUM). He says: “You can buy off-the-shelf portfolio management software that captures your risk and models changes to your portfolio. For executing trades we are on all of the platforms, so we source liquidity the way our counterparts and the asset aggregators do.”

Leticia Davila, portfolio manager of rates products at Employees Retirement System of Texas (ERS), a public pension fund with approximately US$25 billion AUM, says, “Practically all of our rates trading is done electronically, we haven’t experienced any problems trading electronically, and that portfolio is quite large and it’s very active. Quotes are wider and more volatile, but we have not had any issues where we couldn’t execute.”

Although some aspects of ERS’s rates portfolio – such as mortgage instruments – tend to rely more on relationships and on the telephone for trading, electronification has clear advantages.

“I would say that the evolution of electronic trading has definitely been helpful there and if we need to find liquidity that’s a great way to do it,” she says.

Another dimension has been the movement of talent from the sell side to the buy side, as dealers let go of experienced staff. Rosborough says he has recruited team members from Credit Suisse, Citi and BAML within the last five years.

“We are able to attract people from Wall Street, or who are ex-Wall Street to join us and bring their expertise,” he says. “Historically that [expertise] was a lot harder for us to get access to.”

While cutting out intermediaries may have benefits, there are challenges to realising the potential advantage of increasing in-house investment activity, says Nick Bradley, chief risk & ratings officer at buy-side benchmarking and advisory firm Thomas Murray.

“We have found huge variations in the cost pension funds are paying to third party investment managers, all other things being equal, while returns were similar,” he says. “So my view on bringing fund management in-house is that for plain vanilla it could be worth it, where for something requiring specific sector or geographic expertise and technical skills, a pension fund would probably need to be a sizeable portfolio to make that efficient.”

“A lot are industry funds such as superannuation funds in Australia, big industry funds in the Netherlands and in the US,” he says. “In the UK with several notable exceptions, there aren’t that many industry pension funds or pension funds of sufficient scale. I suspect that the vast majority of the UK funds would be too small to bring it in-house.”

Even where scale exists, certain asset classes are harder to handle than others, and establishing operations to manage them requires considerable effort and resources.

“Fixed income can also be complicated and technical, and a high degree of quant experience is advantageous to manage it effectively,” he says.

In the UK, the Financial Conduct Authority (FCA) fined Threadneedle Investments £6 million in December 2015 for risk management failings dating back to 2011, when a portfolio manager bypassed the firm’s trading desk to book a fixed income trade at four times its market value. That trade, alleged to be part of a complex fraud, was caught by the firm’s back office systems before it was processed.

Failing to manage the process adequately opens retirement funds up to those sorts of risks. Errors can also accumulate as the level of activity needed to support trading by a portfolio manager makes it harder for them to manage other aspects of their job, aside from information leakage and cost control at the point of execution.

“In fixed income there is still a considerable amount of voice trading,” says Matthieu Chardot, head of business development and client relations at BNP Paribas Dealing Services. “It is increasingly time consuming for a PM to call around brokers and banks. It is more difficult than it used to be and it is not aligned with best execution practices.”

When a retirement fund manager is looking at handling its own fixed income investing, there are several models they could employ to manage trading. The first option is to hand execution over to the portfolio manager, a model practiced by many big funds globally from ATP, the pension fund which manages US$115 billion in Denmark, to the ERS in Texas.

“I would say credit investing and trading are inseparable,” says Peter Ehret, director of Internal Credit at ERS. “Trading isn’t just execution, it is information.”

The ERS had historically handled investing and trading of rates and investment grade credit internally, with an external investment manager as an advisor for its high yield mandate. But with a big cost advantage of running money internally and the synergies for the rest of their investing efforts from direct involvement in an important asset class, it was decided to launch an in-house high yield effort. However that was not a simple decision.

Leighton Shantz, director of Fixed Income at ERS says that Ehret’s appointment, having been lead portfolio manager for Invesco’s High Yield bond fund until 2012, was crucial in supporting the transition.

“We have been doing rates successfully internally for I don’t know how long and that gave us internal know-how with markets and counterparties and a strong back office capability” he says. “In credit, Peter brought the high yield relationships and investing process with him. If we were starting green field on all of those things without a market veteran to get us going I think it would have been exceptionally difficult.”

If a fund does not have the right team in place to handle both portfolio management and trading, or if it prefers to have specialists in the execution and investment space, a trading desk can be employed either in-house or externally, when portfolio management is internalised.

In 2015 the UK’s railway workers pension scheme Railpen, which holds around £21 billion (US$30 billion) in AUM, began a process of internalising some of its investments, which included bringing its government bond investments in-house at the end of 2015 and reducing the complexity of its credit portfolio. Its dealing desk function was outsourced to BNP Paribas Dealing Services, which handles trading for over E700 million (US$911 million) of client assets.

Using an outsourced dealing desk can have pros and cons, says CalPERS’ Rosborough, depending upon the pricing, economy and scale.

“If a fund doesn’t have enough regular transaction flow across a number of asset classes to support full-time trading desk staff, [outsourcing] is certainly a viable solution,” he says. “There is probably a tipping point, after which you become big enough that the economics mean that you should in-house trading. Every time you give something to an external provider there will be alignment issues and principal agency issues, so you have to figure out the pricing and value.”

The characteristics of a particular instrument need to be considered when the movement of information and the decision-making processes are being designed notes Ehret.

“The more illiquid the asset, the more that continual feedback between trading and investment decisions needs to take place,” he says.

Managing this feedback will become doubly important in Europe under MiFID II. When it comes into effect in 2018, the reporting of how, why and by whom investment and trading decisions were made will become mandatory for investment managers and end investors.

“We have invested heavily in a complete reporting process,” says Philippe Boulenguiez, CEO at BNP Paribas Dealing Services. “If a client asked about a given trade in three years’ time we would be able to tell them who a request for quote was passed to and who filled the order and at what price.”

The firm is also working on a transaction cost analysis model for fixed income, having established it in equities and FX.

“We are speaking with data providers about that currently. One already supplies us with market composite benchmarks and we can provide that data to clients where there is a specific request,” Boulenguiez says.

CalPERs has managed fixed income in-house for over 30 years and runs internal trading desks, with both investment and trading supported by BlackRock’s Aladdin order management system.

“If you are big enough and can source the expertise I think in today’s market, in-sourcing actually makes more sense than it used to,” says Rosborough. “There is probably a sweet spot for pension fund managers who want to in-source, where they are big enough to afford the staff but not so big they have a large impact on the liquidity of the market overall.”

It is not costs but declining liquidity which he sees as a potential driver. The footprint of big money managers in the market relative to available liquidity is increasing.

“It’s harder for them to turn the portfolio than it used to be,” he says. “If we give money to a manager who has US$500 billion in fixed income assets across a number of clients and they are trading a block, they may hit liquidity constraints, whereas our side, which is US$60 billion on the fixed income programme and another US$12 billion in the inflation programme, won’t have those individual trade constraints.”

Whichever way a retirement fund decides to turn, in investment or trading, no-one should be under any illusions about the complexity of bringing investment in-house warns Shantz, “It’s going be a long and difficult process and you need to make the commitment upfront so that no one is tempted to cut and run.” 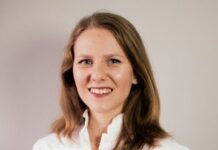