A consensus-led approach has allowed the interdealer broker to overcome political challenges, as brokers open a channel for their investment management clients. Dan Barnes reports.

The ICAP Sponsored Access Model (ISAM) is poised to go live, allowing asset managers to trade fixed income on the interdealer market for the first time, via their sell-side partners. It opens up a new corridor of fixed income liquidity for asset managers. Initially it will cover emerging market bonds, with an expansion to high-yield and investment grade credit shortly afterwards.

One senior industry figure source believes that the process for dealers to engage with their clients on a sponsored access basis with IDBs will become widespread. “Over the next couple of years we are going to start seeing dealers explore how to perfect sponsored agent access and in three to five years, the market structure will probably look quite different.”

It is a politically-charged move. Interdealer markets and buy-side firms have been courting one another for some time – IDB attendance at buy-side events has noticeably outweighed that of investment banks over the last 18 months – but until now their association has been taboo. With the exception of platform operator MarketAxess’ Open Trading, most fixed income trading protocols maintain the dealer-to-client relationship for a reason.

“This is a very controversial topic with the sell side,” said the global head of trading at one of the world’s largest asset managers, declining to comment further.

The controversy is caused by the risk of disintermediation. Dealers are concerned that if their clients gain direct access to IDBs, the client relationships will weaken. There is little appetite amongst other market participants to break those chains. Asset managers do not want to upset their dealers who are still their major source of liquidity. Likewise, interdealer brokers do not want to upset their sell-side members.

Yet, the status quo is changing as dealers alter the way they handle client orders. Sell-side firms can either take a client’s order on risk, in which case they buy or sell securities hoping they will be able to offload or replace them at a later point in time, or as an agent, trading them almost simultaneously with another counterparty.

Fixed income risk trades have become expensive for dealers who cite the increased cost of holding fixed income instruments imposed by capital adequacy rules. Consequently dealers are moving to an agency trading model, limited to taking orders where they can quickly find the other side. That shift reduces liquidity for their clients and can frustrate buy-side investment strategies.

Seth Johnson, head of Strategy for Global Broking at ICAP says, “There is a ‘prisoners dilemma’ as the buy side would like to have more liquidity than is available to it, because of challenges the dealers are facing, but equally it does not want to do anything that will stop the dealers from providing existing liquidity.”

In an effort to boost liquidity, new platforms are launching across the range of fixed income instruments. Incumbent platforms have been pushing new ideas and trading protocols. Moving more trading from voice to electronic is a common goal. Until now the interdealer market has been caught in a stalemate.

The global head of markets at a major bank said, “Before the crisis banks would trade with each other a lot but now if a bank has a certain amount of liquidity it won’t use it up by dealing with another bank over a client. The IDB market doesn’t have a lot more to give.”

To understand a model that supports increased access to liquidity for the buy side, using an IDB, but without the cutting out the sell side, one can look outside of fixed income. Dealers trading on a central-limit order book, as agents for clients, is the standard model in equities for example. Proprietary trading firms (PTFs) are happy to provide liquidity to the buy side via IDBs.

“We believe that the more the all-to-all market operates, the better,” says Paul Hamill, head of fixed income, commodities and currencies for broker and PTF Citadel Securities. “We did the first swap trade with a buy-side firm on ICAP and would have no problem doing the same for other instruments.”

If dealers switch to a more agency pattern of trading via interdealer markets, they could potentially create an equity-like model within fixed-income. Using IDB platforms that already carry liquidity might help get over the hurdle of liquidity migration that many new platform operators find challenging. Fixed income markets would not be an exact copy of the equity trading model, so the switch is not a simple one.

“There is no requirement to connect to multiple venues, so in that respect some of it is simpler than in the equity market, however the participants are not used to dealing in this manner for fixed income and need to understand how execution is actually going to work,” says Johnson. “The interdealer fixed income market doesn’t only trade order books, there are lots of auction sessions and matching sessions. It takes some time to get everyone comfortable with how they will be trying to access liquidity.”

Understanding how this access model might affect other market dynamics is also important. The price a firm makes is affected by the mechanism it uses. When a dealer shows a price in an order book anonymously, they show a very different price than when they know who their counterparty is. If they make a price to a client and that client has access to the dealer space, seeing the market the dealer is making into other dealers, that asymmetry of information becomes uncomfortable.

The beginning of something

Getting to this point has been challenging. Johnson says ICAP has been working on the project since Q4 2015 and the work has involved technology, process and legal in order to establish a trading mechanism that satisfies all parties.

“There are a lot more moving parts than just giving a buy-side client a front end and a drop-down menu with a list of banks,” he says. “A lot of legal work goes behind it. Some dealers are immediately enthusiastic, others need convincing and even then they have to get stakeholders internally to agree to a new way of servicing their clients.”

Yet creating some ‘give’ is really the only option open. Dealers cannot obstruct clients from accessing liquidity, or larger firms will simply muscle around them. They cannot provide liquidity at the same cost they used to. If they constrain smaller firms too much, those firms will be forced to consolidate in order to mutualise costs, making them both larger and more irritable.

A senior industry source says, “I think there are certainly some dealers out there that have been more open to exploring sponsored access into these markets. They are looking at that as a reshape of their businesses, because they have to. But I still think there’s a hell of a lot of reservation because that’s the beginning of something, and something that could quickly slip away.”

There are two pressures which may push sell-side firms to address the situation. One ambiguous dynamic is the activity of PTFs or high-frequency trading firms (HFTs). They have become valued liquidity providers in many markets, when counterparties have accepted that their ability to see prices and trade are at far higher speeds, giving them an exceptional execution advantage.

Their trading abilities have led them to become the partners of major dealers including JP Morgan and Credit Suisse to support trade execution, but have also earned the opprobrium of some buy-side firms. For example Erik Schiller, principal at Prudential Investments, a traditional asset manager which has US$1 trillion AUM, wrote to the US Treasury in April 2016 that “the PTFs – or those conducting high-frequency trading tactics – have generally been an impediment within the [US] Treasuries market. These firms generally impede dealers’ ability to provide liquidity to end users. In our opinion, suggestions that PTFs could eventually replace dealers are tenuous,” when responding to questions about market structure.

Yet many buy-side traders who trade directly with HFT firms in other asset classes have reported that the cost of trading with a PTF/HFT counterparty can be justified depending upon the impact on the trade versus the importance of execution criteria such as speed and price.

Some PTFs also believe there is greater buy-side acceptance of them as counterparties. Adam Cooper, chief legal officer at Citadel (responding to Treasury questions in April 2016) said, “the market structure for on-the-run Treasuries remains extremely segmented, with distinct ‘dealer-to-customer’ and ‘dealer-to-dealer’ channels. Historically, this segmentation has resulted in most investors transacting solely with the incumbent dealers. There are some indications that this segmentation is beginning to decline due to market dynamics, with investors seeking access to additional sources of liquidity.”

The principal of best execution is also eroding the traditional structure of dealer-to-client trading by pushing for greater transparency. Under the new European MiFID II regulations, buy-side firms must employ ever higher standards of trade execution in fixed income.

At present the model of reaching out to multiple dealers for quotes, either by phone or by electronic request-for-quote, risks information leakage and creates a paradox; the better the range of quotes, the more likely the market is to move. Neither outcome is satisfactory under best execution obligations.

Johnson says, “If you are using sponsored access as a model and your dealers provide you with access to one or more venues and on those venues there are multiple dealers participating, there is an argument to say that’s probably giving you more comfort on best execution than the current model.”

Liquidity issues are already causing the buy side to get “restless”, says Anthony Kirby, director for Regulatory Reform and Risk Management at consultancy EY, and the commercial reality for IDBs is to understand how they can fit into the new market structure.

“The future of the market is priced towards a more electronic and more evidential type of beast, so how can [IDBs] position themselves to make sure they can work with the ultimate providers and buyers of liquidity, on the buy side?”

Sandler O’Neill’s Repetto observes, “I think it’s a delicate balance but increasingly we are seeing banks downsize so IDBs are looking for more opportunities.”

For the moment, ICAP’s brave new world will be put to the test in the real trading environment. Johnson says, “The challenge is going to be whether it works economically, whether there is enough velocity of trading for the agency model to work given the cost of running the fixed income operation for the dealers. Some of them have taken the leap, others are watching with interest and others have got a different strategy.” 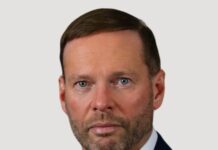