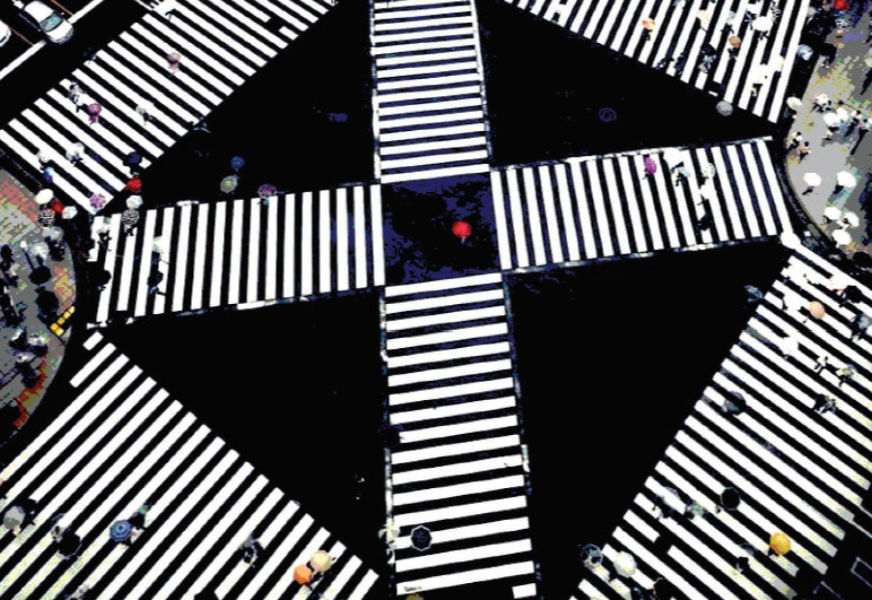 Crossing trades internally would have saved US investors many millions in March. Dan Barnes reports.

At present the crossing of trades between clients – exchanging a ‘buy’ and a ‘sell’ of a security within an asset manager entity instead of trading it in the market, is prevented by the wording of Rule 17a-7 under the 1940 Act for many asset managers, which was written in 1966, three years before the Woodstock music festival.

Times have changed and the wording of the rule no longer supports existing market structure and best practice, according to the SEC’s sub-committee the Fixed Income Market Structure Advisory Committee (FIMSAC) which met on 1 June 2020. 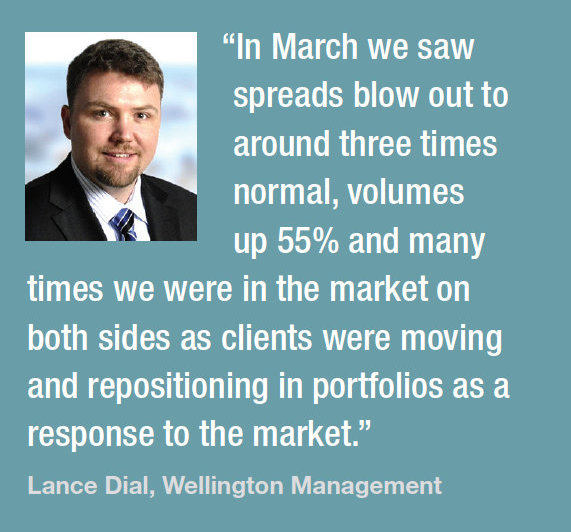 Internal crossing means that clients do not have to pay a broker-dealer the spread for the traded bond as they can trade at an agreed midpoint price, and also do not have to pay any fee that a trading venue charges for electronic trades. Instead, the asset manager typically trades using an agreed third party price that ensures both of its clients get a fair price.

“Over a year that would mean between US$1.4 to US$3.2 million dollars in bid ask spreads that our clients would not have to pay, depending on the assumptions you make,” said Lance Dial, counsel at Wellington Management, speaking at the FIMSAC meeting on the 1 June.

That saving could be even more pronounced in periods of turbulence, as highlighted by the advantages that European fund managers – who are able to cross trades – saw in the sell-off during March.

“Our flows were well-balanced, and where the strategy suited both clients, and funds were permitted, we took advantage of internal crossing to minimise market cost and impact,” says Louise Drummond, global head of investment execution, Aberdeen Standard.

The value of this to clients can be seen via an analysis of the trading costs during the sell-off by MarketAxess. It found that credit spreads, measured by its composite price aggregation tool, Composite+, increased by 633% for US dollar investment grade (IG) from 2.49 bps to 18.25 bps, and 378% for EUR IG from Ä0.09 cents to Ä0.43 cents between the first week of February and the peak in the 3rd week of March. During that same period US dollar high yield (HY) was up 132% from US$0.28 cents to US$0.65 cents and US dollar emerging markets increased by 325% from US$0.20 cents to US$85 cents.

“In March we saw spreads blow out to around three times normal, volumes up 55% and many times we were in the market on both sides as clients were moving and repositioning in portfolios as a response to the market,” said Dial. “The conservative estimates from our trading desk were that the cost savings [from crossing] could have been more than US$10-15 million in trading spreads, that could have been recaptured.”

There are naturally concerns that makes regulators hesitant to support internal execution of trades, including historical conflicts of interest.

“The role of the regulators in blessing any solution is complicated by past situations where certain managers entered into cross trades based solely on internal pricing metrics,” says James Wallin, senior vice president at AllianceBernstein. “The case of the Strong Mutual Funds, nearly 20 years ago, is an example of why this is one of the most pressing concerns for regulators. The nightmare scenario would be a situation where, in order to keep alive the illusion that certain assets were worth more than they actually were, trades across within a fund group are conducted in a matter where they are not properly exposed to the outside market. That’s the bogeyman that the SEC is still dealing with.”

It is possible for asset managers to cross trades for institutional clients today, noted Nora Jordan, head of the Investment Management Group at Davis Polk & Wardell, speaking at the 1 June FIMSAC meeting.

“They have to ensure it is consistent with fiduciary duty; it fulfils best execution; that the asset manager is not getting a fee for the cross beyond their normal management fee, and fourth, if they are an affiliate they get consent from a client,” she said.

However, Dial observed that Wellington, like many buy-side firms, takes the rules as a standard for trading across all clients and therefore the current rules are a barrier for the majority of investors.

The basis on which cross trades would be permitted under existing rules is the main barrier to change. The two key problems are that Rule 17a-7 says that no ‘brokerage commission’ or ‘fee or other remuneration’ may be paid for a cross trade except for “customary transfer fees”.

As the type of fee is undefined investment managers cannot be clear as to whether it is acceptable to apply a fee from a custodian bank to the transfer of a security from one client to another, or to pass on fees paid to an electronic trading platform or a dealer to help support a cross trade for an asset manager client.

However, this involves getting multiple bids and offers from dealers and price makers – either directly or via axes or trading platforms. That is challenging as supplying prices for trades that are then internalised is not in the best interests of dealers. 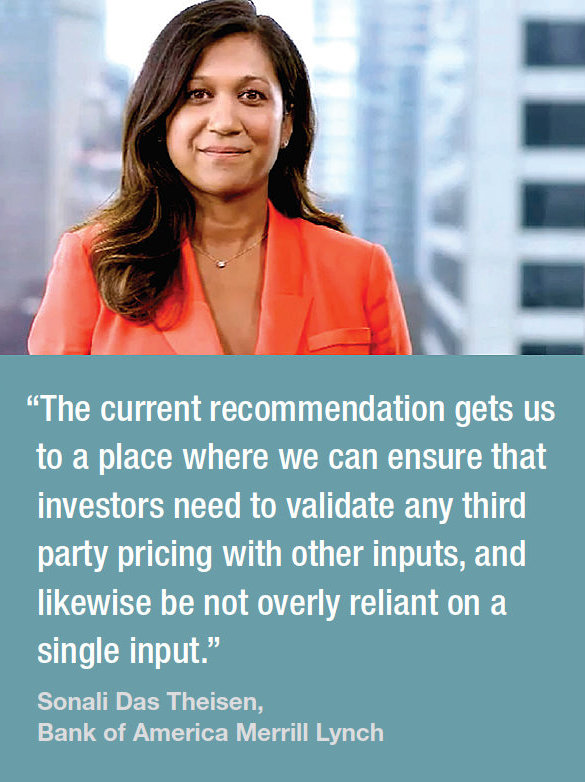 To overcome these barriers, the subcommittee has recommended that:

Crucially, says Sonali Das Theisen, head of fixed income market structure and e-trading at Bank of America Merrill Lynch, firms must be sure that the prices they are using for internal crosses are well supported, via checks and balances.

“We want to make sure that clients can cross trades effectively and efficiently,” she said at the meeting. “I don’t believe it is appropriate to solely rely on a third party pricing service at the bond level to cross bonds; on a bond-by-bond level there may be considerable differences particularly in certain market conditions and down the liquidity spectrum, but the current recommendation gets us to a place where we can ensure that investors need to validate any third party pricing with other inputs, and likewise be not overly reliant on a single input.”

The proposal was passed unanimously and will now be open to consultation. At the FIMSAC meeting, committee member Larry Tabb, head of market structure research at Bloomberg, observed that the proposal was unlikely to objected to.

“People who are not happy with this are maybe the dealers who get cut out of the transactions chain,” he said. “But I think it is good for investors and good for the market as long as we can be confident that the price we’re matching at is fair to all.”