The repapering of CSAs may be taking precedent but collateral management is coming back on the agenda. Lynn Strongin Dodds reports.

Ever since the European Market Infrastructure Regulation (EMIR) was mooted, collateral management has been a hot topic. However, to date, the dire shortages predicted have not materialised and the buyside is more absorbed with renegotiating its credit support annexes (CSA) than looking at its collateral options. This is expected to change over time as the regulation is phased in and beds down. 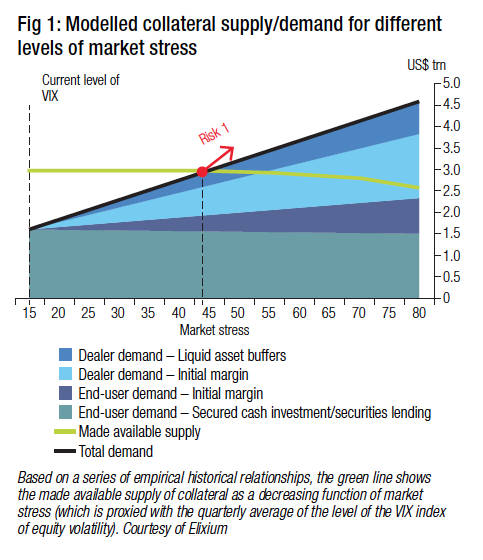 This is highlighted in a recent study by EY – Risk and Return in a digitalised world – a survey of UK asset managers – which canvassed 42 chief risk officers, heads of operational risk and chief compliance officers. It found that the focus by some firms to comply with over the counter (OTC) clearing/margining, the Securities Financing Transaction Regulation and collateral mismatches was less “than one might expect.” Around 56% and 60% respectively of the 42 respondents were concentrating on single views of inventory and appropriate collateral provision for margining.

One reason asset managers are not giving their full attention to collateral management is because regulators moved the goalposts for variation margin for uncleared OTC derivatives. The operational task of meeting the VM deadline had been underestimated, according to Phil McCabe, global head of Collateral Management at Bloomberg. “There are firms that are behind the curve because they have to switch from either not doing anything or using spreadsheets to implementing more robust systems and processes.”

Regulators in the US and Asia-Pacific allowed a six-month period to 1st September, while the European Supervisory Authorities (which includes the European Securities and Markets Authority – ESMA) was less clear on the end date. It granted the national authorities supervisory powers on a case-by-case basis, which takes into account the size of the exposure to the counterparty as well as evidence that participants are taking steps to achieve full compliance. In the interim, they are allowed to employ alternative arrangements to ensure that the risk of non-compliance is contained.

This has meant that “many asset managers are still in the process of their legal renegotiations of CSAs which is resource intensive,” says David Béatrix, a business development manager for BNP Paribas Securities Services. “They have been given more breathing space and – unlike in the US and Asian countries such as Hong-Kong, Korea, Singapore and Australia where some transition period has been granted until 1st September 2017 – there is no hard deadline as such in the EU and it is up to each national competent authority to exercise its “risk-based” supervisory powers. However, it is expected to be the same as in the US and Asia – 1st September – for many European jurisdictions.”

Larger firms have been hit the hardest because they have had to review dozens of contracts with broker-dealers and bank counterparties across the world, as well as inform their underlying fund clients of the new terms. The set of challenges have been different for smaller organisations in that many are being required to post margins for the first time. This has meant conducting portfolio reconciliation, valuations, margin calls, and margin delivery in a fairly short timeframe. Under the old regime, OTC contracts were typically bilateral agreements between parties with established relationships. 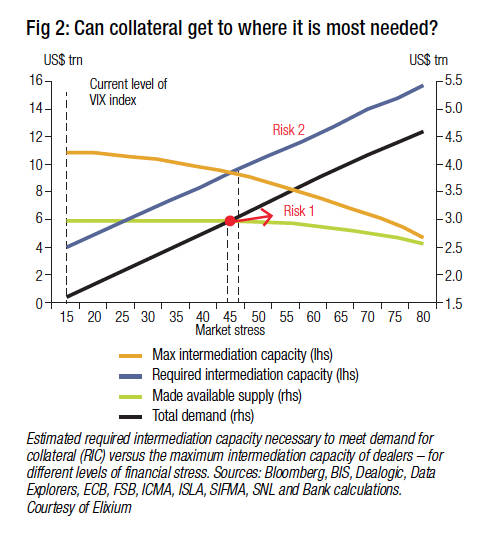 Another driver behind the lack of traction on the collateral management front is that for now there is plenty of cash and high-quality assets such as sovereign bonds sloshing around the system. In fact, one of the sticking points in many of the CSA negotiations, according to market participants, is the priority banks are placing on cash as the Basel III legislation penalises them for holding non-cash collateral. There are some concerns though by end users that they will be charged via a wider bid-offer spread if they opt for the latter. “Cash remains king,” says Béatrix. “Banks are inclined to post and receive cash because of banking regulations, such as the leverage capital ratio, but from an operational consideration, cash is also the easiest to settle on the same day.”

Philippe Karriere, global head of collateral management at Societe Generale adds, “There was a great deal of speculation about the scarcity of non-cash collateral a few years ago, yet today, at least in the context of cleared margins, more cash collateral is being used than non-cash compared to three to four years ago, and despite some currencies yielding more negative returns. This may be because it can be time consuming to set up custody accounts or because of the cost of sourcing eligible collateral.”

Under European regulation, CCPs can accept cash, government debt, gold, and certain corporate bonds, equities, UCITS or shares in UCITS funds. The industry, though, still remains firmly in the cash and sovereign bonds camp and if there is an opening, the pool is fairly limited. For example, last year Frankfurt-based Eurex Clearing expanded its scope of acceptable collateral to include ETFs albeit it was only five types of iShares.

This perhaps explains why initially there is more of an emphasis on liquidity rather than collateral management. “The regulations create another whack of operational and liquidity problems and they are looking for a better set of tools to manage the impacts” says Fergus Pery, director and product head for OpenCollateral, part of Citi’s Investor Services. “This includes a cash projection report at the start of the day before margin calls are made, as well as full visibility of the amount of cash that is actually being posted.”

Cash though will become a problem when pension funds, whose exemption from EMIR was extended by a year until 2018, come into the fold. They need to be invested at all times and they have little cash lying around to post as margin which is why many, such as those running liability-driven investment strategies, will move to central clearing before next year due to the cost. This is less likely to bother hedge funds which can have deep reserves of cash.

“Portfolio managers will want to analyse the performance drag of the cash and look at what are the options on the market to improve it,” says Pery. “However, unlike in the past, this doesn’t mean just using an algo that chooses the best asset for any given margin call. It is optimisation across all parameters including pre- as well as post trade to show what is the most efficient way to cover margins and the impact it will have on the portfolio.”

Greg Faragher-Thomas, director at Alpha FMC, the wealth and asset management consultancy, also believes that savvy collateral optimisation strategies are the wave of the future. “It is brewing in the background but there will be growing demand for sophisticated technology that enables participants to look at their collateral inventory, what they can substitute for cash and how they can enhance performance through securities lending. They will also be able to conduct ‘what if’ scenarios to analyse, for example, the effect of interest rates or changes in credit ratings such as downgrades.”

These solutions are not only being provided by the traditional sell-side firms but also a wave of new entrants such as CloudMargin, a startup that offers cloud-based collateral management for cleared and non-cleared derivatives. To date it has 35 clients and services range from real-time reporting on all collateral positions to a holistic view of counterparty, clearing broker and CCP activity.

“We see collateral management as a continuum across the back and front office and settlement layer.” says Lee McCormack, CloudMargin’s head of strategy. “We are joining the fragmented parts together and are working with the best of breed providers to enhance the optimisation engine and tools. However, clients also want systems that are future proof. This means continuing to make new connections, adding functionality and upgrades to meet new requirements.”