Last week we reported on the battle for credit trading between keen rivals MarketAxess and Tradeweb. During this reporting, we noted that Morgan Stanley analysts believed Tradeweb’s portfolio trading accounted for 30% of the venue’s volume, which seemed to be far off the reported figures.

However, the cause for the analysts’ discrepancy has been made apparent through deeper analysis of these figures. When looking at the Tradeweb reported US volumes, the firm notes in its TRACE reporting sheets that the volumes for US investment grade (IG) and high yield (HY) are inclusive of processed trades, orders that are negotiated off-platform and then processed through the trading venue.

‘Fully electronic’ orders are separated from processed trades in the TRACE reporting. MarketAxess has said that it only has fully electronic trades within its reported figures.

When including only those trades which are initiated in the platform – the fully electronic trades – we get a significantly different picture of market activity. 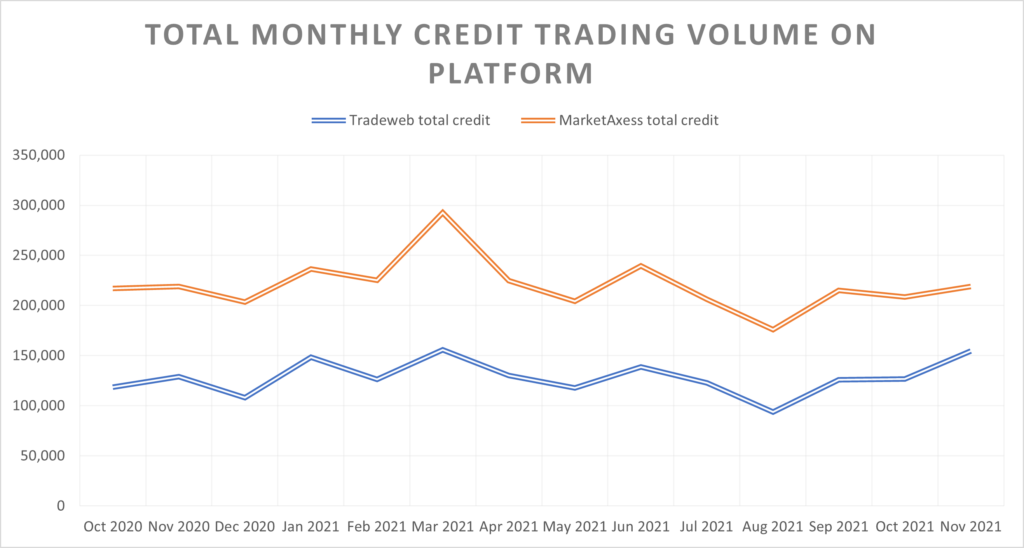 Looking at reported fully electronic numbers, albeit without removing processed trades from non-US Tradeweb volumes, firstly we see that MarketAxess is actually still leading in volume terms by some margin, and secondly we see a closer correlation between volumes on MarketAxess and Tradeweb.

In the US, where the two firms appeared neck-and-neck on IG and HY in our previous report, there was a marked difference with MarketAxess showing fully electronic volume for IG trading at nearly double that of Tradeweb’s reported figures.

By analysing Tradeweb’s figures, including portfolio trading (PT) protocol trading volume, we can see that the trend for Tradeweb’s fully electronic trading in US across IG and HY is independent of either PT or processed trades. 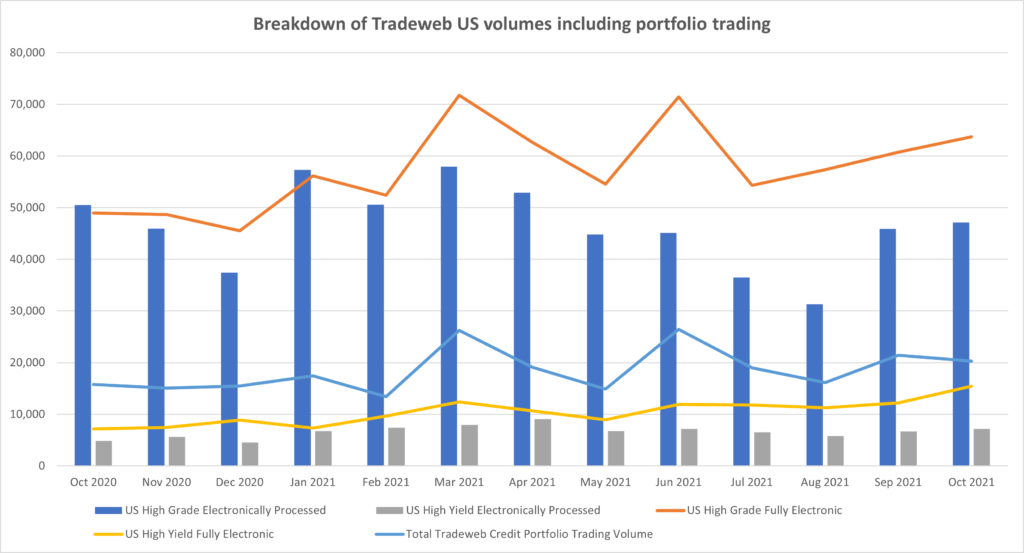 This added insight into Tradeweb’s figures creates an interesting picture of its evolution.

Firstly, the firm is seeing growth beyond the well-publicised portfolio trading growth, suggesting its trading automation tools such as AiEX, are also playing a big role. Secondly, its electronic trading volume is clearly breaking away from processed trading, which it had historically followed more closely.

What we see then, is that Tradeweb’s direction of travel is showing success, although according to both firm’s reported data, it has some way to go within the credit space against its rival MarketAxess.