Market operator BrokerTec, part of the CME Group, has reported double figure growth in US Treasuries trading volume for March. More broadly, CME reported its Q1 and March 2022 market statistics, showing average daily volume (ADV) increased 19% year-on-year (YoY) to 26 million contracts during the first quarter while its March ADV was up 12% over the same period to 24.4 million contracts during the month.

John Edwards, global head of BrokerTec, said, “US Treasury Benchmark volumes continued their strong performance in March with ADV reaching US$148 billion driven by increased focus on the Fed and geopolitical volatility. March saw market participants continue to anticipate more aggressive Fed tightening, with the CME FedWatch Tool pricing in a series of 50 basis point hikes, and the 2-year UST yield rising a full percentage point. Longer tenors were slower to rise, leading to several BrokerTec Benchmark pairs inverting and a nearly flat belly of the curve. RV Curve ADV reached a record US$2.5 billion in March, including a record, single-day volume milestone of $4 billion on 29 March.” 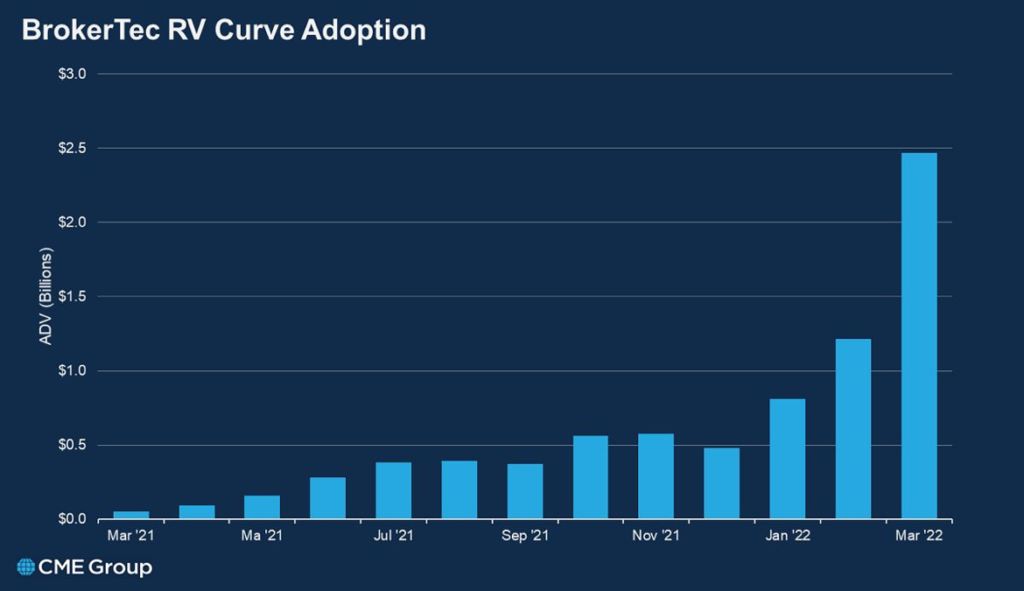 “EU Repo volumes increased strongly in the first three weeks of March, with many specific bonds trading with increased specialness,” said Edwards. “The German and Dutch finance agency, along with the UK’s Debt Management Office (DMO), increased issuance on some bonds in order to relieve pressure in the repo market brought on by geopolitical and economic uncertainty.”

“With higher interest rate on reserves and at the RRP program, we saw an increase of cash entering the US Repo market keeping downward pressure on rates and less general collateral (GC) volumes,” he said. “A lot of volatility around Fed predictions also helped increase volumes. We saw another uptick in our March ADV to our second highest at US$287 billion.” 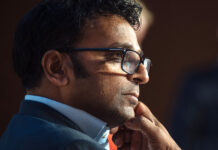