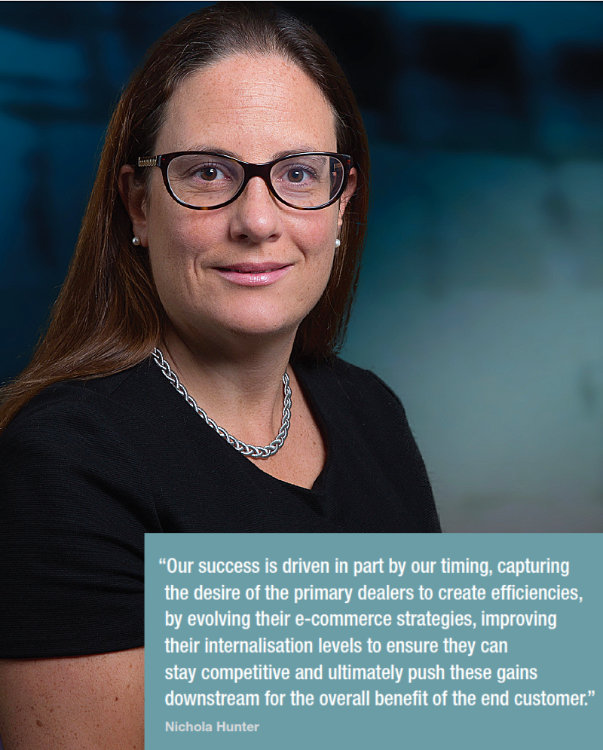 US treasury traders are seeing enormous shifts in historical volume and trading patterns. Nichola Hunter, CEO of trading venue LiquidityEdge believes that asset managers now have the chance to participate in a new way of optimising trade execution in the treasuries market.

How would you characterise the state of play in the treasury market today?

The way that the buy side interacts with the market, and to a large extent how the sell side interacts with the market has remained static, and change is still very much in early-stage development. We have a dealer-to- dealer (D2D) market, historically dominated by anonymous trading on two central limit order books, and on the dealer-to-customer (D2C) side by two venues supporting request-for-quote (RFQ) protocols. Off-the-run treasuries are traded electronically, but the bulk of D2D is traded through voice brokers. On the D2C side again it’s driven by RFQs. We see a number of bifurcations in US treasuries, across the participant base, and between execution methods of the active and off-the-run issues. On-the-run price transparency is very good due to the presence of market data products and mature lit markets, but for off-the-runs price discovery is more challenging.

How has sell-side liquidity provision changed?

The enhancements in technology and the growth of the non-bank market makers in the on-the-run space has been a positive development. They have stepped in, fulfilling many of the liquidity needs where the sell side has stepped back. For venues like LiquidityEdge, which is creating tailored order books and bespoke streaming protocols, non-bank market makers have been very agile in adopting new trading models for the benefit of the market. They have led the way, with banks following suit. Where the market structure becomes challenging is that this liquidity is not necessarily available to all, other than through new venues, such as ours because of the bifurcated market structure. We must continue to break down the barriers, so that the buy side has access to this liquidity and can transact in the most efficient way.

How does that differ in off-the-runs?

At least the first three issues trade very like on-the-runs, liquid, active trading is a good fit for streaming protocols. As you go further out, deep off-the-runs are much less liquid. Banks excel at bespoke pricing these instruments and it’s not something which would really lend itself to streaming order book protocols – because of the instruments’ liquidity profile.

What are you doing to change that?

There are structural barriers in place to prevent the evolution of off-the-run trading, which we are trying to break down. Those include a lack of available data, no CLOB to help participants hedge their risk, and technology barriers to the primary dealers distributing their price.

That is now evolving, and we see the desire and capability to automate off-the-run pricing
in a streaming protocol, via LiquidityEdge. We now have four active liquidity providers pricing
us out to the triple-old, offering fully-executable, two-way streaming prices in the off-the-runs to both the D2D and D2C market. It’s the technical development at the banks, the ability to auto price these instruments, and the introduction of venues like LiquidityEdge which is forcing change.

As both dealers and customers can access fully automated pricing, price transparency is improved and execution efficiencies can be introduced.

Are the banks supporting that vision?

The key to success is the desire of the major primary dealers to evolve and create market efficiencies. We are seeing this change and desire to evolve among our top liquidity providers.

Does that potentially replace a liquidity cliff – from on-the-run to off-the-run – with a liquidity gradient?

That’s exactly how we see it, the buy side just has to look at multiple avenues to achieve that. There will always be a place for RFQs and for voice trading. That’s not to say that the markets cannot continue to evolve; we can focus on creating efficiencies for the most liquid of the treasury instruments, which include off-the-runs.

Just because the non-banks made such a big splash in the on-the-run space but have been unable to in the off-the-run space, won’t prevent them moving forward as the data becomes available, and the non-bank firms will start to look more like banks with repo facilities to effectively price these instruments. That will be a positive evolution.

Is your view shared across the market?

Our success is driven in part by our timing, capturing the desire of the primary dealers to create efficiencies, by evolving their e-commerce strategies, improving their internalisation levels to ensure they can stay competitive and ultimately push these gains downstream for the overall for the benefit of the end customer. It’s easier to have a distribution venue such as LiquidityEdge which helps enable five to ten primary dealers, than just one primary dealer trying to go it alone.

There is always a lot of talk about all-to all models being the panacea for best ex, which in my opinion is not necessarily true. I see a place for all-to-all models but choice is healthy. An anonymous order book isn’t going to be suitable for a huge-sized deal in a deep off-the-run or someone who wants to sell 200M 10Y. The market is realising that different protocols meet different needs for different participants. That’s what we are trying to offer with the flexibility of our liquidity offering.

What sort of performances changes can buy- side traders expect to see from this evolution?

Offering executable streams to buy-side customers is creating efficiency, and ensuring that they can execute across multiple dealers and get the price that they want in the most efficient way possible. There are many small size trades which this protocol really lends itself to. You don’t need to have a portfolio manager RFQ’ing trades for less than say US$50 million in on-the-runs. Operating an execution algo into a tailored order book like LiquidityEdge without the risk of information leakage with every liquidity provider competing to offer you the best price to win your trade is the very definition of best execution.

How far have you come since launching?

We have about 10 percent of the dealer-to-dealer market for US treasuries four years from launch, and we are in the early growth stages on the D2C side. In launching streaming off-the-runs we have a lot more to take to the buy side. The model is proven; and as buyside participants look to evolve their execution strategies we think we are in the best place to capture the ‘zeitgeist’ and drive change. 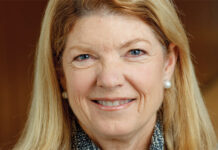 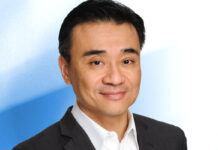