Total revenue growth was 1%, consisting of a 20% year on year (YoY) increase in Q1, however Q2 saw revenues proceed to drop by 16%, from US$20.3 billion to US$17 billion.This increase was the first since H1 2012, however Coalition noted that the increase was primarily driven by weak performance in 1Q16, while the absence of “a few large one-off results” from 2Q16 accounted for the relatively small percentage revenue increase. 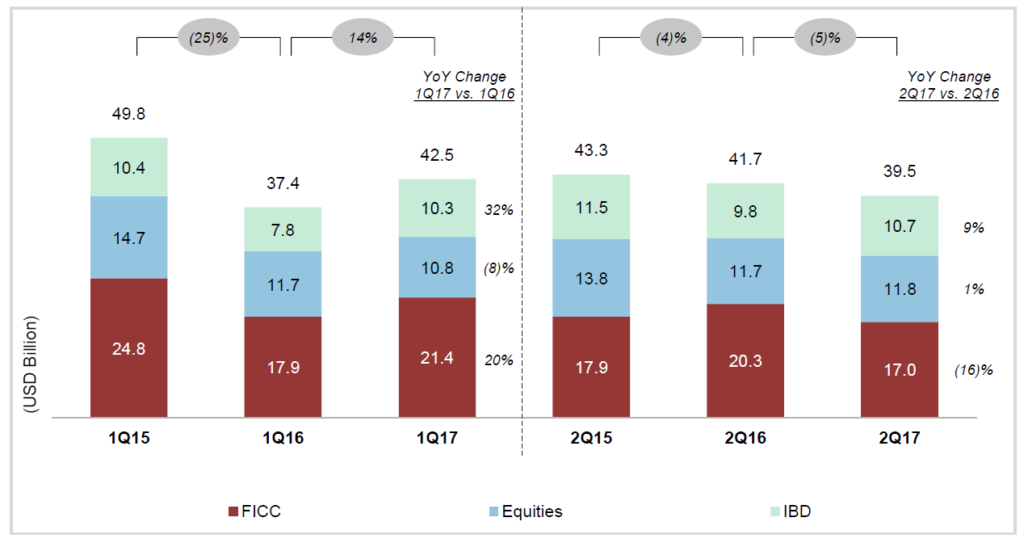 Government bond revenues declined of 6%, largely thanks to normalised performance in Japan and lower client activity in structured products and options, with revenues down from US$13.9 billion to US$13 billion. On the credit side, structured credit, collateralised loan obligations and loan trading helped contribute to a 14% rise, up to US$8.1 billion from US$7.1 billion a year earlier. However analysis noted declines in investment grade and high yield in EMEA and the Americas, particularly in derivatives. 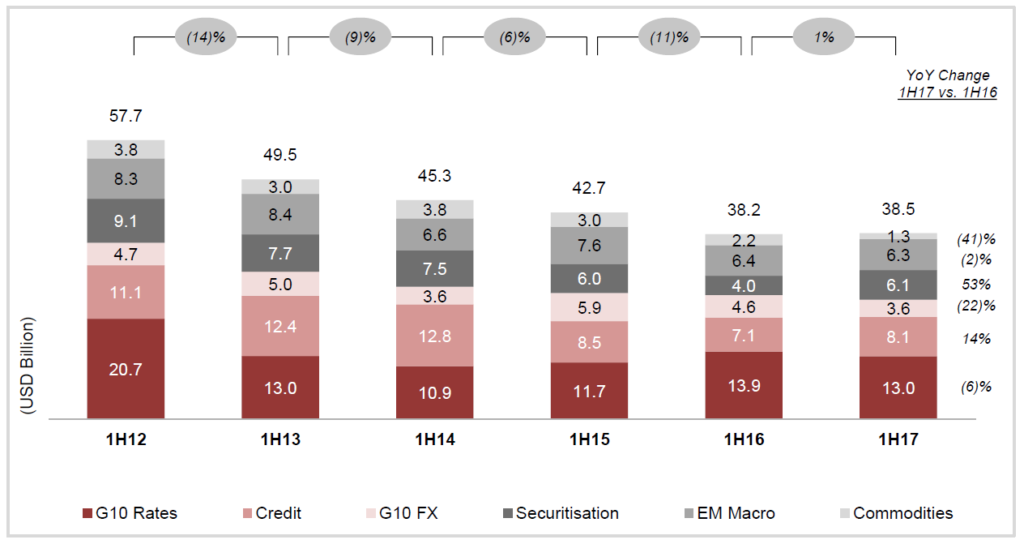 The analyst house observed a stabilising of FICC headcount reductions after the past 5 years of continued decline, levelling out to just -1% YoY change, while the operating margin in FICC improved slightly thanks to ‘large compensation cuts and lower regulatory costs” reducing the overall cost base. 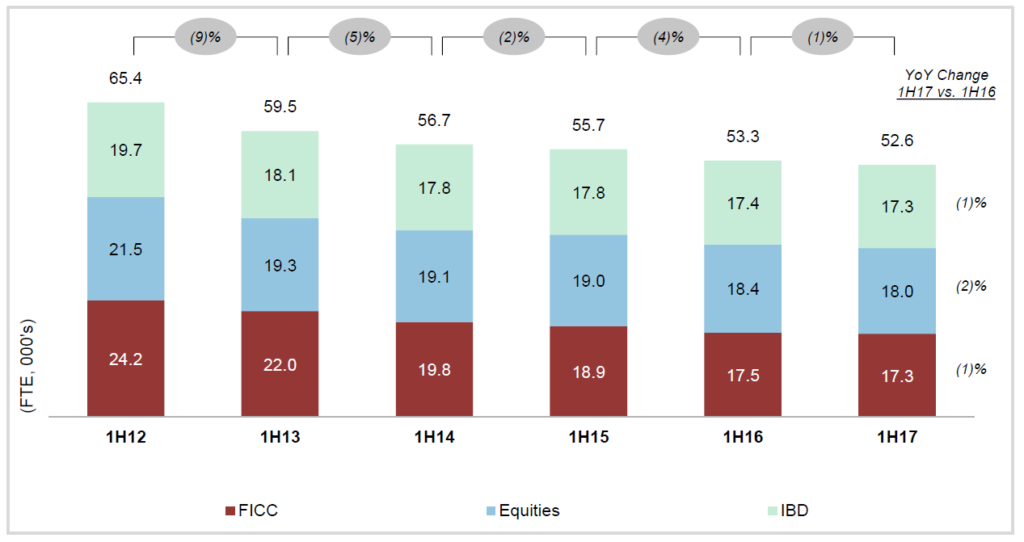 Morgan Stanley’s Q2 results corroborated the tale of two quarters, with fixed income revenues down US$1.2 billion, a 28% decline on the strong first quarter of 2017.

James Gorman, CEO at Morgan Stanley told analysts “historically, low volatility, a rally in interest rates over most of the quarter and fewer market events contributed to a slowdown in overall performance”.

Gorman referenced the slowdown of “post-election excitement” that dissipated in the second quarter as being the predominant impact on Morgan Stanley’s fixed income franchise, while the decline of revenues in credit businesses were put down to lower levels of activity.

JP Morgan also experienced a sizeable decline in fixed income revenue, down 19%, relative to the very strong second quarter of 2016 which CFO Marianne Lake described as driven by higher levels of volatility and activity on the whole, including responses to Brexit.

“This quarter can be characterised by a lack of idiosyncratic events resulting in sustained low volatility, reduced flows and continued credit spreads tightening”.

Lake reminded analysts that Q3 of 2016 markets revenue was a record since 2010, up a billion dollars on the average of the previous five years, going some way to account for the relative inactivity of the latest quarter.

Goldman Sachs’ FICC revenues were one of the sell-side’s biggest casualties to the quiet quarter, with revenue down 40% – the worst quarterly performance for FICC since Q4 2015.