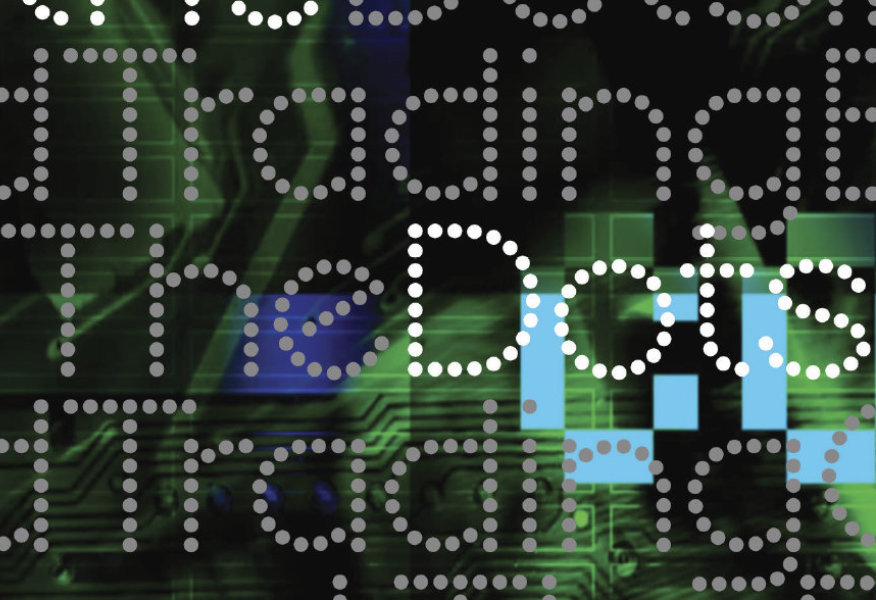 Moving a fixed income order from a portfolio manager to a counterparty is becoming increasingly electronic, putting more pressure on trade execution tools.

“Five years from now, the execution management system (EMS) in fixed income is going to be required to provide more functionality than in any other asset class,” asserts Lynn Challenger, global head of Trading & Order Generation at UBS Asset Management. “I say this because fixed income as an asset class is really a collection of security types with far more market structure and liquidity diversity than equities. Further, the changes to pricing mechanisms, market participants and technology are shifting at a much more rapid pace, but those changes are inconsistent across the broad spectrum of security types.”

“Most platforms allow an EMS to stage orders in, from which point the trader needs to move into a different user interface to work the order further, adding unnecessary complexity to an already fragmented liquidity landscape,” says Andy Mahoney, head of sales at Flextrade.

That means a request-for-quote (RFQ) posted to multiple dealers must be done via a venue’s interface rather than setting the execution parameters in the O/EMS.

“The ultimate goal of an EMS for many clients, is to provide a single view on all available liquidity, and have the ability to initiate an RFQ directly, then based on acceptability of the response i.e. equal or better to the current market, route the order to the counterparty automatically,” says Mahoney.

The value of an EMS in fixed income is growing rapidly, as buy-side traders search for greater efficiencies in trading this complex asset class.

“When people talk about automation in fixed income, it is often the very last step in the execution process, which replaces the send to the RFQ vendor, gets 3-50 prices, and selects the best one,” says Challenger. “What is needed is a system that intervenes on the trade further upstream. A good automation system needs to evaluate the liquidity characteristics of a security and assign it an execution pathway – manual or automated. Once this decision is made, the system will need to categorise the order so it can assign an execution strategy, and then follow the process of how a trader would execute given all the factors.”

Connectivity is key in this process; the link between the O/EMS and the trading platform will typically be a FIX Protocol connection, creating a standardised transfer of information. The straight-through-processing (STP) seen in equity markets has been elusive for bonds, however, O/EMSs can still provide a valuable service to the buy-side trading desk. 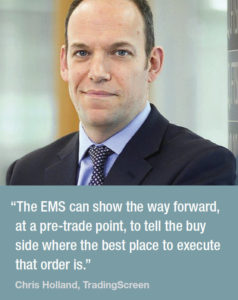 “To some extent, fixed income venues like the fact that the buy side is interacting directly with them, and their dealers via RFQ from their own venue platform, which does mean an extra step,” acknowledges Chris Hollands, head of European Sales and Account Management at Tradingscreen. “It’s possible to see interest in a given bond within the EMS graphical user interface (GUI), and if there is an interest you can then interact with it. But in the main, the EMS goes into the fixed income venue where the actual negotiation of the trade takes place.”

In some cases OMS and EMS tools are pre-integrated, with Bloomberg’s suite, and Simcorp/TradingScreen.

Michael Beattie, director of Global Trading Product Strategy at Charles River, says, “The value is in connectivity with the E/OMS but also in between the EMS/OMS. There is a lot of data points in the OMS that we have around broker restrictions, fund level information and interaction with the PM that are important for fixed income execution; overlay that with trade automation and connectivity is really key.”

The O/EMS provider arranges the connections into a given venue, maintains that FIX connectivity and protocols the venue supports and is typically charged an integration fee, and then an ongoing maintenance fee which it recovers by charging the buy-side trading desk a connectivity fee within its fixed income O/EMS to get to those venues. The range of venues connected to any O/EMS is highly varied (see Fig 1) and will make a big difference to the value the platform provides. 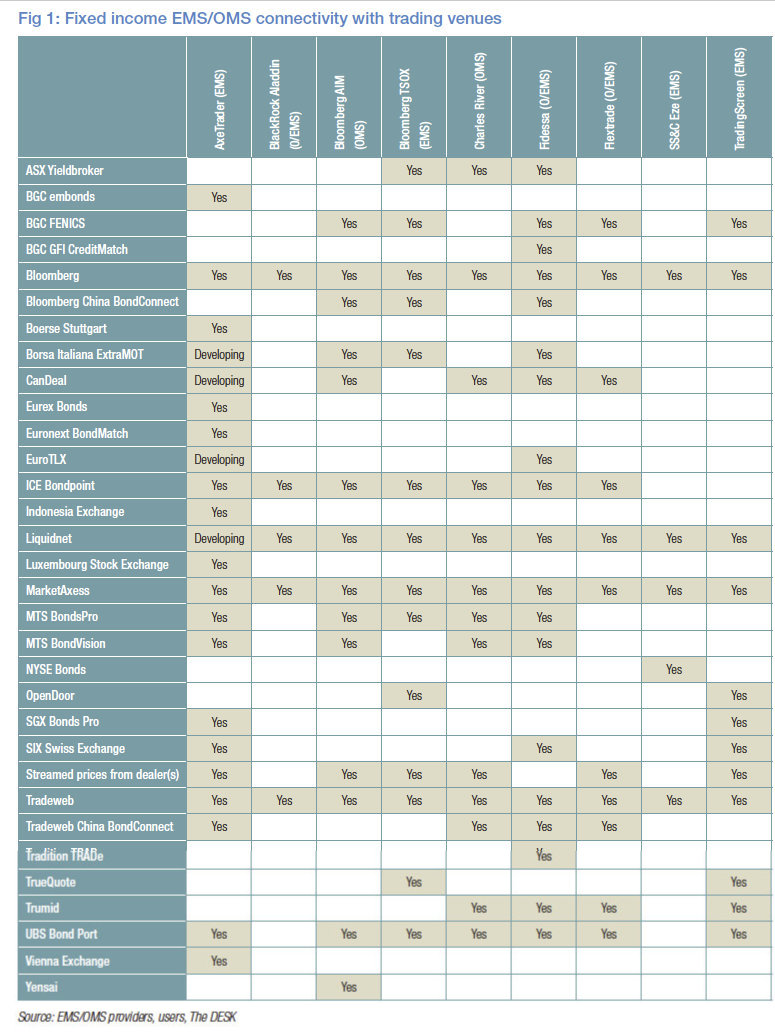 The challenge that many buy-side traders face is seeing the return on the investment in a trading system, as that is a tangible cost. Margins are still getting squashed across the business. Sell-side front office revenues and headcount have continued to fall year-on-year according to analyst firm Coalition, and active fund management has seen ongoing outflows of investment.

At the same time, automation and electronification of trading – which allows traders to do more with no increase in head count – is becoming more common.

“As market structure evolves and new technologies are introduced, traders will need the ability to trade against streaming rates, RFQ, route to dark pools and make voice calls – potentially all on the same order,” says Challenger. “The technology platforms need to make this all efficient and effective.”

A study by the International Capital Markets Association (ICMA) released in March 2020 found that over 40% of buy-side traders had increased their use of OMS for submitting orders compared to three years ago, with over 80% of traders sent more than 75% of orders in that manner. Over 40% of buy-side respondents had seen increased use of automation in trading, with 10% seeing a significant increase.

Consequently, investing in the right O/EMS tools can allow trading desks to tap into this enhanced execution and potentially make savings through better and more efficient execution.

The key is delivering functionality to the trader which is worth the costs of the platform, and adds more value than simply staging orders.

Hollands notes that the aggregation of data in fixed income from external sources is highly valuable, as it can help to determine which liquidity is available across multiple venues.

“If you have the ability to look at historical trades where, for example, there has been an axe in a specific bond which a specific dealer has, then the EMS can show the way forward at a pre-trade point, to tell the buy side where the best place to execute that order is, and which the best dealer is,” he says.

Delivering auto-execution capabilities also helps, although the EMS is usually constrained by sophistication of the underlying platform, making it difficult to take data into account during the execution process which might only reside in the EMS, such as multi-source axe data.

In some instances, the fixed income venue may allow the trader to leave resting orders over time which can allow execution to take place based on price rather than speed.

“You may have a limit and then the venue through the dealers that are on that venue can work that order, which might mean you can get a better execution standard because you are not always having to take the price that the successful dealer is quoting,” says Hollands. “It’s a bit more passive, and obviously by the benefit of being passive is that you aren’t ‘crossing the spread’ as much and hence you can get a better price.”

“We’ve recently seen some platforms become more open, allowing EMS providers to essentially control the venue interactions without the need for a separate user interface, which is what clients have been demanding and we believe is far more progressive than a staging model,” he observes. 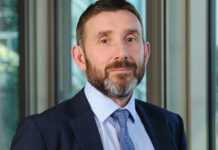