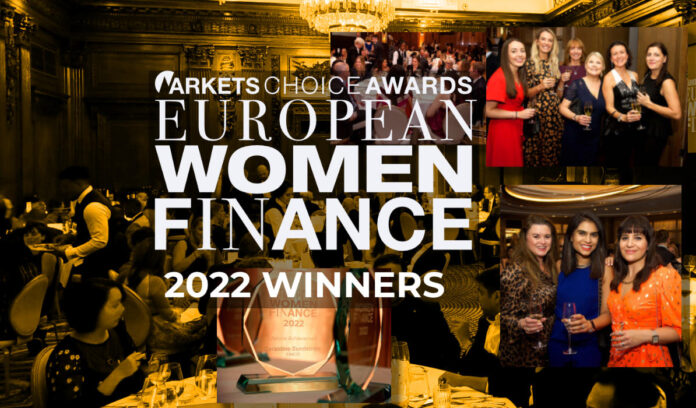 The 3rd European Women in Finance Awards was held in person at the Four Seasons Hotel last night, with the event’s packed return to a physical event evoking the collective strength needed to break through the glass ceiling in finance.

An incredible level of support for the event saw a full house on the evening, and speeches from the winners which celebrated all of those women nominated, as well as the winners themselves.

Paula Fry of Bloomberg dedicated her award to her seven-year-old self, who was told she was not good enough at maths, the 22-year-old FX trader she became at Goldman Sachs who suffered from imposter syndrome, and to the little voice in her head, which told her ‘You can do this’, finally dedicating the award to that same voice which she hoped existed in the head of everyone else in the room.

Such strong support for fellows across the industry typified the sentiment on the night, creating a very poignant and heart-warming evening celebrating female success in financial services.

The event was excellently compered by Noreen Shah Biddle, Head of Marketing and Communications at Numis, who also founded Reboot, a working group of senior communications and marketing professionals, working on a voluntary basis to ensure momentum is maintained and dialogue flowing around race in the workplace and UK society.

Markets Media is delighted to announce the Winners of the 2022, European Women in Finance Awards are:

CEO of the Year
Nandini Sukumar, World Federation of Exchanges