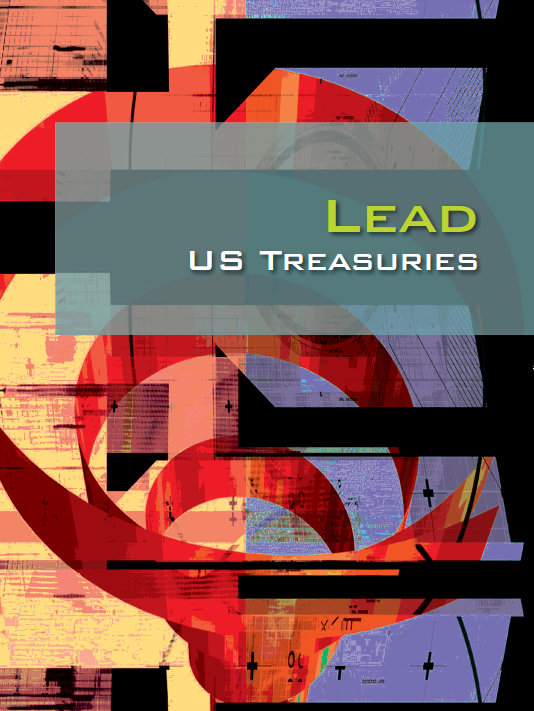 The Federal Reserve fears that high-frequency trading (HFT) can trigger episodes of extreme volatility in US treasuries and, in the absence of market rules, is asking market participants to self-regulate trading.

“Firms employing high volume automated trading strategies could harm market liquidity if they do not manage those strategies carefully,” said Simon Potter, executive vice president at The Federal Reserve Bank of New York (The Fed) on 13 April 2015, speaking at a Primary Dealer Meeting.

The US Treasury has historically been positive about HFT order flow in treasuries, citing the liquidity it offers. However a ‘flash crash’ in US treasuries on 15 October 2014 highlighted the risks that allowing HFT into the market may pose. The flash crash saw the 10-year treasury rate fall 34 basis points over a 10-minute period from 2.2% to 1.86%, a 52-week low, before rebounding for the end of day. Treasury futures volume reached nearly 1.6 million trades, an all-time record, having only broken the 800,000 trades a day barrier three times before.

Response to a ‘flash crash’

Anthony Perrotta, principal at analyst firm TABB Group says, “The move over that top of the hour was a six standard deviation move, which should occur every 1.6 billion years. When you have a structural anomaly like that in a marketplace and it doesn’t have rules in place to prevent that anomaly harming participants, it should be the perfect time to put preventative measures in place. Yet there hasn’t been any strong call to action.”

The Commodity and Futures Trading Commission (CFTC) has alleged that a similar crash in US equities on 6 May 2010 was triggered by a lone futures trader, Navinder Singh Sarao who was arrested in London in April. That event had prompted the CFTC and the Securities and Exchange Commission (SEC) to mount a dual investigation which concluded in late 2010, and was followed by a series of rulings (see box) impacting trading practices across the cash and derivatives markets.

In contrast to the equities market crash, there has been no regulatory response to the flash crash in treasuries, apparently due to an absence of responsibility. “There is no clear, defined oversight of the US Treasury market,” says Perrotta.

What the Fed did next

A week prior to the October 2014 flash crash, a spokesman for the Fed had said to The DESK that, “The Fed has a very limited role – in fact no role – in the regulation of trading in the [US treasuries] market. It is not something we would have an input or concern in, in terms of trading practices.”

Its level of concern has changed since. When Potter spoke to primary dealers in April, he said they were expected to be the “good citizens of the Treasury market” and “proactive in identifying worrying trends or suggesting further enhancements”.

Chris Amen, head of US Institutional Rates Markets at market operator Tradeweb Markets, says: “There is absolutely a conversation being had around the role of electronic market makers and HFT firms. With the balance sheet constraints and pressure that market makers operate under, they are trying to avoid phantom liquidity appearing in the markets where they hedge and exchange risk.”

The Fed may not be a market regulator but it has provided the only official analysis of the October flash crash. Its Treasury Market Practices Group (TMPG) mounted an investigation as an adjunct to an ongoing analysis of high-frequency trading in the market.

TMPG noted in its February minutes that ‘Despite record volumes, liquidity on the day was worse than normal, first evidenced by a very unusual 10-minute price spike and retracement shortly after 9:30 am that did not appear to be associated with any fundamental news, and an increased cost of trading for the remainder of the day.’

The TMPG members suggested that “the increase in automation and algorithmic nature of trading in Treasury markets and the effects of regulatory changes on banks’ and broker dealers’ ability or willingness to make markets and warehouse risk in times of stress” were likely causes for the crash.

It has also issued a consultation paper, setting out best practices for maintaining an orderly market, but no guidance on market structure, the change cited by Potter as the cause for concern. The chairman of the TMPG, Tom Wipf, global head of bank resource management for Morgan Stanley, was unavailable for comment on this matter.

Raising awareness of the issue was useful as some institutional investors had lost sight of the changing dynamics, notes Nick Cox, global head of fixed income trading at J.P. Morgan Asset Management. “Some of the large buy-side users had not been aware of the market structure developments in treasuries,” he says.

The structure: A rock and a hard place

The treasuries market structure has been redefined since the mid-2000s by the rise of high-frequency trading in the interdealer markets of eSpeed (Nasdaq OMX), Brokertec (Icap) and Dealerweb (Tradeweb) – the latter opening its US treasuries market in June 2014. Market operators are naturally keen to encourage higher volumes of trading in order to generate returns. They do this by encouraging high-volume traders – HFT firms – with the infrastructure to employ profitable strategies. For HFT firms that means colocation with the markets (Nasdaq provides colocation to eSpeed and Brokertec in a single data centre) and low-latency data feeds.

Each of these markets offers a ‘workup’ protocol, which allows an order to be frozen so that the size of a trade can be negotiated. However this has been criticised by some market participants (see The DESK, ‘‘Flash Boys’ hits US treasuries”, Q4 2014) as HFT firms, operating at superhuman speeds, can trade across several cash and futures markets at the same time, taking advantage of orders frozen for a matter of seconds.

Amen acknowledges that phantom liquidity in workup can drive traders to distraction. However he says that Tradeweb works hard to minimise the effect on market participants when it does occur.

“We cannot police every aspect of trading activity, but we do have market-making requirements on our Dealerweb platform that help to alleviate potentially toxic flow,” he says. “We keep substantial records for every transaction, and we can supply all the tick-for-tick data to our participants in a regular fashion.”

He adds that the market places a great degree of emphasis on transparency and supporting the market participants in their ability to execute in as informed a way as possible. “All participants can go to a screen on Dealerweb and see who is participating in the market that day,” he says. “We are trying to be open and transparent to all of our clients so they can see their own risk assessments when they transact on Dealerweb.”

Market operators can limit risks on their own trading venues, however oversight is still lacking between markets. When asked whether the lack of oversight suggested that the cash treasuries market, once a safe market, is “currently the Wild West for traders?” the SEC and CFTC replied “No comment”, while the Federal Reserve responded that it does not regulate the US treasuries market. The US Treasury did not respond.

Such reticence to issue a denial might seem odd, however one observer says discussion of regulating government debt is in itself a difficult subject to approach.

“The irony is, does the US government want a market where it is one of the largest asset owners and the only issuer, to be regulated?” he asks. “Do they want to play by the same rules as other markets?”