An old-fashioned trading model is giving HFT firms the edge over dealers and funds on the interdealer treasury markets, writes Dan Barnes.

A number of buy-side and sell-side traders are claiming that the interdealer US government bond market is set-up to favour high-frequency traders over other participants. Market operators and authorities are refusing to comment.

In March 2014 Michael Lewis’ book ‘Flash Boys’ famously claimed that the equity markets were rigged in favour of HFT firms, thanks to the market structure and infrastructure provision by exchanges and brokers, which actively supported HFT strategies in taxing buy-side traders.

In the treasuries market, traders report that the HFT firms gain a similar advantage in the eSpeed and Brokertec interdealer broker (IDB) markets using the ‘workup protocol’ described in Brokertec patents as “a single deal extended in time.”

Workup allows a trader to place an order, until they find someone willing to take the other side at the offer price, then to negotiate on the size of the deal while the price is frozen. Once that negotiation stops, the market carries on as usual. The model dates back to pit trading.

Brokertec first included a workup functionality in May 2001. This upset eSpeed, which took Brokertec to court in 2003 for alleged patent infringement on the protocol, a case that Brokertec won in 2005. On its own the protocol was a benefit for traders as it allowed them to conceal the size of their order and thereby reduce information leakage.

However when HFT firms began to co-locate, the combined structure gave them an informational advantage that allowed them to pick off orders in both the cash and derivatives market for US treasury bills, by temporarily freezing an order at a given price.

One hedge fund manager recalls the change in the market six years ago; “We were trading five-year bonds on a statistical arbitrage basis. If they were cheap then we would go and buy them, as on a daily basis these things tended to rebound. It worked for a while but at the time when firms started co-locating it then became impossible to do our strategy. We were trading intraday but we weren’t high-frequency trading. Suddenly we were getting hammered by getting filled when we shouldn’t have been filled. From being very transparent the market became completely opaque.”

Michael Fleming and Giang Nguyen, analysts at the New York Federal Reserve Bank, estimated in August 2013 that on a typical day, worked-up trading volume accounts for about 43-56% of total trading volume, dependent upon which security is traded.

In US treasuries, HFT is seen as having both positive and negative qualities. In a June 2013 report, the US Treasury warned against disrupting the liquidity HFT provides as high volume “can reduce future Treasury borrowing costs.” A joint paper published in December 2013 by academics from Washington State University, Bank of Canada and City University Hong Kong reported that HFT in Brokertec, “increases market volatility during pre- and post-announcement periods… amid information uncertainty has an adverse effect on market liquidity and does not enhance the price efficiency… [but] following information arrival [it] narrows bid-ask spreads and has a positive effect on price efficiency.”

The Securities and Exchange Commission and the Commodities and Futures Trading Commission declined to comment on allegations of market structural bias, as did the market operators of Brokertec (ICAP) and eSpeed (Nasdaq OMX).

The owners of the markets have previously addressed concern about HFT and market structure when speaking with investment analysts giving some insight into the size of the business.

In ICAP’s Q2 2012 earnings call Michael Spencer, CEO, said that HFT made up slightly less than 55% of trading on Brokertec, and called for a balance to be struck between high-frequency trading and traders using point and click technology.

He said: “The move to greater speed is with us all the time, although we are bringing in functionality progressively to focus on how we can re-establish some balance between the electronic arena and the manual trader who remains a very, very important market participant… I think we are getting to the point where there is doubtful benefit of the ever increasing reduction in latency and transaction platform. Personally, a sensible approach is something I would welcome.”

On its Q1 2014 earnings call Shaun Lynn, president at interdealer broker BCG, which sold eSpeed to NASDAQ OMX for US$750 million in cash in April 2013, said that HFT was “very, very dominant in [eSpeed].”

Radi Khasawneh, analyst at consultancy Tabb Group says: “NASDAQ OMX, which already ran the technology for Brokertec, is now in the process of consolidating the business into one data centre and making it easier for HFT firms to come in.”

For non-HFT dealers and buy-side traders, the effect of HFT firms using the workup protocol on eSpeed and Brokertec markets has been painful.

In a 2009 paper simply titled ‘Work-up’, Romans Pancs, professor of microeconomics at University of Rochester, warned that traders could be front-run on other venues if they do not fill order in the negotiated workup.

Speaking in a personal capacity, Ryan Chin, a sell-side bond trader with over a decade of experience says: “Workup [protocol] was definitely something that we had to deal with… I dealt with these systems for years and the more you knew about them the more you felt like you were being taken advantage of.”

The head of bond trading at an alternative investment fund (who asked not to be named) says that front running of this sort is far easier for a speculator to do if they can view prices across different markets and make bids and offers in microseconds, while the order is frozen via workup.

“If you have an offer in the market and someone lifts it in big size, you are exposed for a very short period of time,” he says. “You are exposed to being lifted and cannot remove your offer. At that point all of the people who are co-located can look at the rest of the market and see what is going, then lift you as a free option.”

Chin says “I know that traders frequently have prices that are missed where they think they are getting crosses and don’t. They are also not able to work out how much extra time it takes for their order to hit the electronic market. Anecdotally we found this to be a problem, but it was not as though anyone was going to listen to us.”

“There is an issue with the futures market because in fixed income the two-year, five-year and 10-year cash instruments move in line with the futures,” noted one trader. “It is not just a case of front-running as in the equity market. There are also the same things being traded on different exchanges. People who are co-located will see orders going through in the futures market and lift people in the cash. Then they get left with a basis trade [using a price discrepancy arbitrage] where they have got one or two ticks onside which is extremely valuable on a basis trade.”

In addition to allowing HFT firms to outmanoeuvre other traders Light claims that, by definition,
a market structure that includes the workup protocol will lead to inaccurate price discovery, as participants must assume that the process contained in it does not entirely signal the true intentions of the participants and bid-offer spreads must be wider to reflect that risk.

Institutional investors are not active in the IDB markets and absence of pension fund money could make it less likely that politicians will be concerned about any allegations of market inequality. Without a response from authorities it may be that competitive pressure is a more likely force for change. Dealerweb, a venue majority owned by Thomson Reuters and joint-owned by several dealers, launched trading in recently-issued US treasuries in June 2014. David Light’s CrossRate Liquidity Pool is another alternative market that expects to take advantage of dealer disillusionment.

Niamh Alexander, managing director for equity research at Keefe, Bruyette & Woods says: “I think the risk of political pressure is quite far removed: these markets are principal-based trading, they contain professional participants and if there are enough participants that are unhappy they can always go off and set up another venue. Dealerweb came out of nowhere and took market share.” 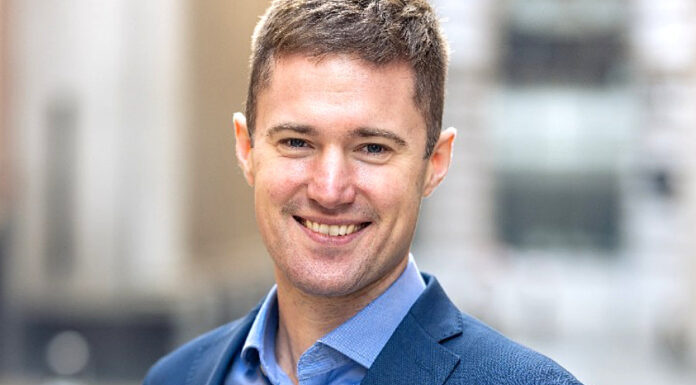