Making up the numbers.

Transaction cost analysis (TCA) has been the norm in equities trading for more than ten years, but lack of pricing data and opacity of total costs represented by trading held fixed income traders back from seeking similar information.

This began to change in the US in 2002, when reporting rules made more data available and later as some other markets adopted rules that imposed TCA as a consequence of reporting requirements.

In the US, members of the national Association of Securities Dealers must report their over the counter (OTC) transactions – prices and volumes – to the Trade Reporting and Compliance Engine (TRACE). Greenwich Associates expects vendor-provided TCA usage in fixed-income and foreign exchange markets to equal equity usage (estimated at about 72%) within three to five years as suppliers work to meet regulatory and client demands.

If MiFID II prompts replication of the US trade reporting system in European fixed income, then demand could soar. European firms will have to comply with MiFID II’s changes by January 2017. Firms will need TCA to demonstrate that they have complied with directives on minimising trading costs.

“Reporting and documenting trades will be a kickstart for more use of TCA in fixed income,” says Stéphane Malrait, former head of ecommerce, foreign exchange and fixed income at broker Société Générale.

“You can think of transaction costs as relatively fixed, so in a less liquid environment they have become a greater percentage of investors’ returns,” says Alex Tsymbal, director and project manager of fixed income at broker ITG.

Bloomberg conducted an informal survey of over 250 senior-level executives in 2012 and asked them, after equities, which asset class would they most like to see TCA: their answer was overwhelmingly fixed income.

Despite its many potential uses, demand for fixed income TCA was weak until recently, mostly because traders believed that it might prove impossible to establish meaningful prices.

Mike Googe, product manager for TCA at Bloomberg says: “Historically the market has demonstrated healthy cynicism towards the quality of and justification for fixed income TCA. Today however we see a focus on analytics at the higher end of the liquidity spectrum. This is where market participants are beginning to recognise the value of added transparency both pre- and post-trade.” In a market lacking many of the apparent necessities for evaluating execution in detail – such as the volume of price data found in more liquid markets – it is arguably even more important to have a basic understanding of costs to provide some benchmark against which expenditure can be measured.

Tsymbal says: “Many of the clients that we’ve been speaking with about offering fixed income TCA in the future have developed some internal functionality to judge their execution.”

PGGM’s Fleur says: “We adopted the bank revenue model, taking how it sees us and the revenues it makes, and then we reverse engineered it to calculate what we pay in commissions and spreads.”

Where internally-created TCA can face shortcomings, these typically are related to data, particularly in smaller buy-side firms.

At the moment, dealing desks at asset managers use TCA in part to evaluate their brokers, but also to create reports that they and their firms can use to prove to would-be clients that they are keeping costs to a minimum.

The more sophisticated TCA modelling seen on equity trading desks will not be easy for fixed income investors to replicate, due to the different characteristics of the instruments.

“Fixed income TCA cannot just be cut and pasted over from equities because the market dynamics are too different,” says Kevin McPartland, global head of market structure and technology at Greenwich Associates.

Relative illiquidity in some fixed income markets compared with equities means that TCA must employ more complex methods to find comparable trades, against which to judge an execution price.

“Some parts of the fixed income markets are clearly illiquid, and illiquidity is usually the main thing that makes creating a benchmark difficult,” says Paul Squires, head of trading at buy-side firm AXA Investment Managers.

Investors and traders say that while equity markets provide access to prices and sizes of executed trades, in addition to bid and offer data, fixed income markets have only bids and offers, provided by banks, from which to estimate prices. The lack of volume data makes standard benchmarks such as volume-weighted average price (VWAP), impossible to use, while the lack of prices makes the data less credible.

Implementation shortfall (IS), another TCA method common to equity markets, is more easily generated in fixed income than VWAP, says Squires. To use IS to judge an execution price, traders note the mid-point between bid and offer at the time that the fund manager sends an order to trade to the trading desk. That mid-point becomes the benchmark to which they compare the price at which they finish executing the order.

TCA can guide buy-side decisions about which brokers to use, the merits of electronic or voice dealing in certain instruments and providing information in detailed venue analysis, including exchange and dark pool volume statistics, and latency measurements.

At the moment, liquidity is sufficient for useful TCA in US treasury bonds, some sovereigns and corporate bonds, but some off-the-run and many high-yield corporate bonds trade too infrequently or are available from so few counterparties that TCA will have little impact on traders’ actions.

Facing limited internal resources, many buy-side traders will look to third parties in order to provide TCA capabilities. Banks have access to data, but investors see most banks as having too narrow a view on the markets to provide a comprehensive system, and few believe banks can sufficiently ring- fence the data operations.

“From the client or investor perspective, it is difficult to give a list of their trades to someone else in any case, and with a bank they would have to be extremely confident that the bank would not use that information on the wrong side of the business” says McPartland.

Similarly, no single inter-dealer broker is seen as having a broad enough view of the market, while being independent enough, to take on the role either.

Lee Sanders, head of foreign exchange and money market execution at AXA Investment Managers, says: “An external TCA provider could be useful – they will have multiple data sources including multiple banks and brokers that will allow for some verification, and an external provider can afford to have every possible data source.”

ITG, which has offered equities TCA since 2000 and claims to have more than 50% of that market globally, is developing fixed income TCA. It currently sees the most demand in highly liquid product areas, and is working with clients at the moment to establish what clients need, says Tsymbal.

Bloomberg offers fixed income TCA for government bonds and all sovereign debt both on- and off-the-run. Googe says the firm’s clients use the analysis to create pricing benchmarks that are in turn used to guide the choice of algorithm, broker, venue, and best time of day to trade, among other decisions.

“The buy-side tend to focus on how trades impact on the market and what that means to overall execution performance. In contrast the sell-side often uses TCA to illustrate that they can execute at the best price and with the lowest cost. For both it is about differentiating themselves from their competitors,” he says. 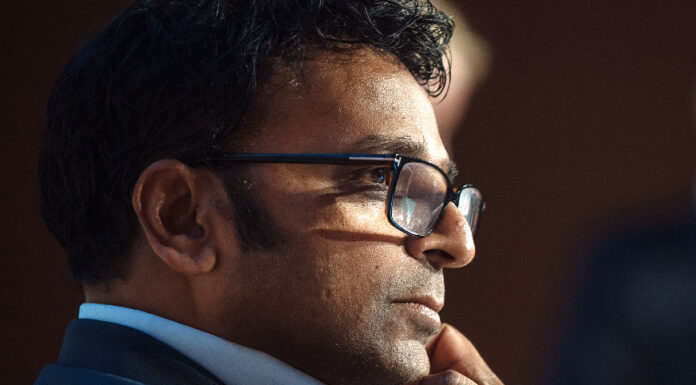