The report details the exponential growth in data sources, with social media leading the way, while Internet of Things (IoT) and satellite imagery were reported to be of interest in the future, if firms are able to get a grasp on the enormous data sets.

Dan Connell, head of market structure and technology at Greenwich Associates said, “Looking ahead, data captured from the IoT presents a large opportunity for both providers and investors”.

However the report also revealed the challenges facing firms of these large amounts of new data; half of buy side firms want to incorporate the data sets available, but do not yet have access.

Forty two percent of hedge funds said the prohibitively high costs of alternative data are a road block, and 37% of management are not convinced by the value of the data.

The asset managers said their concerns were mainly resulting from data incompatibility (32%) and difficulty understanding and working the generic data sets (32%).

Cornell said, “The potential upside continues to outweigh the challenges and we expect to see the demand for alternative data and the tools needed to put that data to work, grows”.

With firms across the board forecasting increased spending in alternative data, the choice of these large amounts of data sets will grow at an even faster pace as data-capture initiatives proliferate.

The report advises that, to continue benefitting from developments in data, firms will need to adopt analytical tools targeted at alternative data, and focus on a platform’s ability to handle big data

“Alternative data presents big challenges and opportunities and, as such, big data technology is needed to handle both”, noted Cornell. 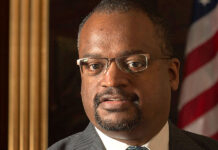