Capital markets firms are improving trading efficiency via desktop interoperability technology, so we look at the different providers.

Desktop interoperability is not a new issue but one that has come to the fore as software applications and data have proliferated. Covid has only accelerated the trend and a new version of the Financial Desktop Connectivity and Collaboration Consortium (FDC3) standards has recently landed on traders’ workstations. Although the refinements are welcome, some market participants believe more work is needed to create a truly seamless experience and to convince more vendors to come on board.

FDC3 started life four years ago with the aim of providing a standard, vendor-neutral protocol for desktop applications to communicate with each other. The upgrade, known as 2.0, significantly streamlines the application programming interface (API) for both app developers and desktop agent vendors alike.

To date, the FDC3 community includes over 40 members, including buy- and sell-side firms, application vendors, and smart desktop platform providers. Despite the number of proponents of desktop interoperability, there are only three main players – OpenFin, Glue 42 and Cosaic – although market participants expect there will be more over the next year.

OpenFin takes credit for blazing the trail. It all started at a dinner in 2017 in a private dining room at 1 Lombard Street by the Bank of England with representatives from ten global banks, according to Adam Toms, global COO and CEO Europe of OpenFin. The main topic of discussion was desktop interoperability and the proposal was to create an industry standard that enables app interoperability.

The next step was to create the FDC3 Technical Working Group which quickly gained traction, attracting more than 30 participating firms. Additional major banks and buy-side firms joined as well as leading platforms, including FactSet and IHS Markit. Mirroring the now ubiquitous Financial Information eXchange (FIX®) standard, was seen as the way forward and this gave birth to FINOS (Fintech Open Source Foundation).

“By the time we contributed FDC3 to FINOS in 2018 we had a staggering 40 firms participating in the initiative,” says Toms.

However, OpenFin did not renew its membership last year due to governance issues that FINOS is trying to resolve, says Toms.

“OpenFin has made proactive recommendations to FINOS to further improve governance and protections for the entire industry participating in projects like FDC3,” he says. “We are still an active participant in the working groups and provide full support for FDC3 in our product.”

He notes, “Agreeing standards can be complex and some of our clients want to move faster than the standard currently allows. On the other end of the spectrum, clients are frustrated by the slow pace that the vendor community is moving. There are a few market leaders such as FactSet, LSEG and FlexTrade but the challenge is to drive adoption across the entire ecosystem of applications.”

To that end, OpenFin launched InterOpBroker API which is specifically designed for interoperability that helps solve data control, app connectivity and versioning control – which to date are things the FDC3 standard have not solved.

Toms says the OpenFin InterOpBroker API solves the thorny problem of data security and connectivity, and importantly upgrade control. “It allows each desktop owner to decide which apps can access its FDC3 data,” he adds. “In terms of Upgrade Control, it enables apps on different versions to run concurrently on the same desktop.”

OpenFin says that what sets it apart from its competitors is its proprietary container, that was built to deliver a differentiated app experience and ensure apps can be deployed and updated seamlessly.

The void at the top at Finos has been filled by Cosaic with its principal engineer Kris West as lead maintainer at Finos.

“We decided we needed to have someone full time, dedicated to FDC3, and support FINOS and now Kris is the chair of FDC3,” says Dan Schleifer, co-founder and CEO of Cosaic. “It is not surprising that it has taken time because standards by their nature are slow moving. In order to solve meaningful business problems, it is often a balancing act between being useful but not too prescriptive.”

He believes that one of the most notable upgrades within FDC3 2.0 on workflows and app onboarding processes across the industry are the changes made to the App Directory or appD. The goal was to not only make it easy for vendors to publish applications out to the industry, but also enable the applications to be discoverable.

“What this means is that buy- and sell-side firms are not locked into proprietary apps or content stores,” says Schleifer.

He adds, “They have access to multiple external and internal apps within a fully integrated environment where they appear as a single application. It allows users to consolidate all the information in one place. If you take the phone as an analogy, people are free from having to use proprietary pay to play app or content stores such as Google Play or Apple Store.”

Cosaic has implemented FDC3 in its Finsemble Smart Desktop product that allows any type of application to sync, link, and share information. However, like the other vendors, it is one component, albeit important, of the wider workflow and workspace solution package.

For example, Schleifer notes that one of the main attractions of Finsemble is that it is an out-of-the-box desktop with applications that can be assembled in 45 minutes, without developers.

“Our core differentiator is the time and cost to get into production,” he says. “All three competing platforms will eventually get you to the same place, but Finsemble’s no-code/low-code Smart Desktop Designer can get a client into production on a trading floor in hours or days, not months or years. Instead of being a big IT project to staff developers on, you can point and click your way to a fully integrated smart desktop with FDC3 interop, workspace management, web, native, and Citrix applications, single sign-on, etc. From there, if developers want to customize further, they can, but your users are already getting value.”

For Reena Raichura director, head of product solutions at Glue42, it is not just about the technology or a standard, but interoperability also requires a shift in mindset in how a desktop is designed. “We should not just be focusing on how FDC3 changes trading because it is a standard like FIX but for the desktop,” she says. “Although it is an important initiative, it is still very much technology-driven, and does not look at things holistically from a business and workflow perspective. The focus should be much more on how interoperability itself changes trading.”

She notes, “[One of the] main problems is that our current approach to desktop interoperability can only take us so far. While some vendors have embraced desktop interoperability, others are reluctant to ‘open up.’ They still believe that if they do this, there would be a competitive threat and that is not the case. The irony is that it would be a competitive advantage. They need to stop developing desktop applications in isolation and become part of the workflow ecosystem.”

Raichura believes the industry needs to embrace ‘Straight-Through Workflows™’ – a term and vision Glue42 says it coined to describe the goal of desktop interoperability.

“In its literal form, Straight-Through Workflows is about allowing data to flow electronically and seamlessly from one application to others regardless of the underlying application technologies, on the desktop. However, it is also a shift in design thinking for the desktop,” she adds.

“The continuing development of FDC3 is part of the solution, but we need to bring business experts into the discussions and adopt a workflow-led design approach to accelerate standardisation.” She continues, “Vendors also need to embrace collaboration and provide rich workflow-centric, desktop integration-ready APIs or fully embed desktop integration platforms to meet the needs of the business and end users.”

In the meantime, Glue42 is continuing to develop its Workflow Store designed to enable clients to integrate legacy and newer systems on their desktops.

“If, for example, an end client wants to stitch their OMS/EMS with a pre-trade analytics application we can help them integrate their workflows and, in a single click, they can get all the market information they need to make better trading decisions” she says. “It also shouldn’t matter what the underlying technology is. From a Glue42 perspective, if there’s somebody developing in COBOL – which I hope they aren’t, but if they are – then we will find a way to integrate that.”

She believes that its products are better-suited to sharper decision making.

“Whilst desktop integration is generally known for its automation of low-value tasks such as copying/pasting and rekeying data, what’s more impactful and high value to the traders is how this enables them to behave differently,” she adds. “It improves trading performance or enables better client conversations through data-driven desktops.” 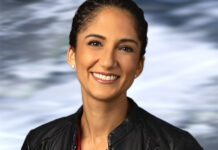 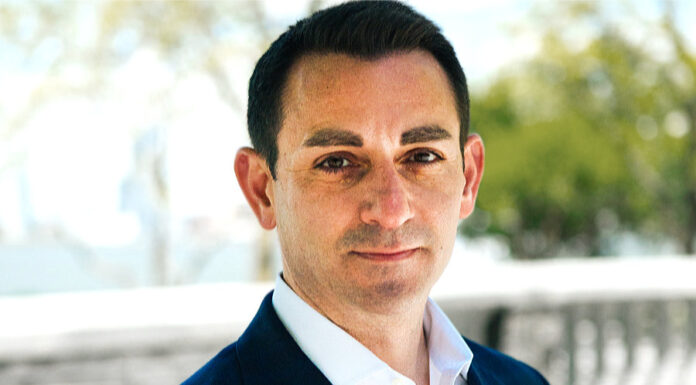