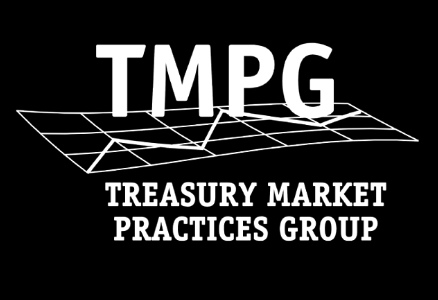 The Treasury Market Practices Group (TMPG), an industry roundtable coordinated by the US Federal Reserve (The Fed) met on Tuesday 19 October to discuss an update on the Global Foreign Exchange Committee (GFXC) three-year review of the FX Global Code. Contingencies for Treasury debt payments, clearing and settlement practices in Treasury secured financed transactions and to review progress by its repo and transparency working groups.

Although the minutes of the meeting will not be available until next month, the September meeting minutes published last week give an update on plans and progress on these key areas. Regarding the post-trade space, the TMPG had previously mapped out the clearing and settlement processes for cash markets, “creating a detailed set of maps and taking a step back to look more broadly look at Treasury market infrastructure and to develop best practice recommendations.” Previously the TMPG working groups had found that market participants may not be applying the same risk management rigor to the clearing and settlement of their US Treasury activities compared to that of other instruments and that with “bilaterally cleared interdealer broker (IDB) activity as well as bilaterally cleared dealer-to-customer activity, a large and likely growing majority of trades in the secondary Treasury market are risk-managed through bespoke arrangements that are less standardised and transparent compared to centrally cleared activity.” The groups also asserted that liquidity risk management practices in the Treasury cash market “should contemplate gross exposures because the entire notional value of a transaction must be funded in the event of a default or fail (unlike Treasury futures).” In the October meeting there was a planned discussion of the TMPG’s 2013 white paper on “Operational Plans for Various Contingencies for Treasury Debt Payments”, which focuses on operational practices associated with a delayed payment on Treasury debt, in order to reduce the adverse consequences of such an event on the markets for these securities. Despite expectations that the debt ceiling would be raised before operational issues occurred, it had been noted in the previous meeting that a delayed payment on Treasury debt could create severe market disruptions. The practices proposed in the paper rely on rolling a security’s operational maturity date forward in the Fedwire Securities Service and other systems. The practices are designed to allow for the continued trading and transfer of securities on Fedwire that are subject to delayed principal payments. If the maturity date of such securities was not rolled forward in Fedwire, they would instead become non‐transferrable. Once a security becomes non‐ transferable, it cannot be transferred from one participant to another in Fedwire. However this is not a complete solution to the disruption, as the paper notes even with the practices outlined, a delayed payment on Treasury debt could cause significant damage to, and undermine confidence in, the markets for Treasury securities and other assets. An initial set of maps covering the general collateral financing (GCF), delivery‐versus‐ payment (DVP), and CCP‐sponsored trades (DVP and GC) are expected to be released in the next month, subject to feedback from the group, with an analysis of any potential risk or resiliency issues, and a determination of implications for the best practice recommendations. At the September meeting, the chair of the TMPG’s data and transparency working group presented members with a working draft of data inventories for the Treasury futures and cash markets. She noted the working group would next create an inventory for Treasury funding markets and expected to publish the initial set of inventories in the next couple of months. The chair stated that after the inventory process is complete, the group will take a step back, conduct an analysis of the inventories, and identify any notable data gaps. ©Markets Media Europe, 2021 TOP OF PAGE
Share
Tweet
Share