Pre-trade data provider Algomi has significantly extended the universe of bonds for which it can publish trading opportunities, by signing a new agreement with international central securities depositary (ICSD) Euroclear’s data and information business, Euroclear Information Solutions (EIS). The firm has around 373,000 bonds in custody, according to Algomi. EIS is investing an undisclosed amount in Algomi as part of the deal. 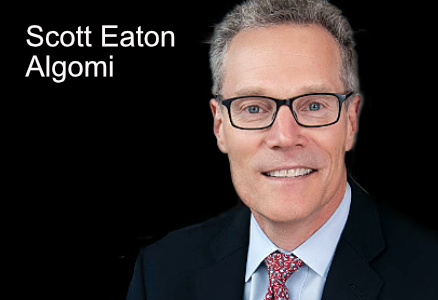 “EIS will allow [bond holding] information to be exposed via our Algomi ALFA price aggregation tool,” says Scott Eaton, CEO of Algomi. “The bond holders decide which of their bonds in custody are exposed to the database. Users of Algomi ALFA highlight which bonds in the database they are interested in. If one of them happens to match the price at which the holder is willing to exit, a match gets flared up. Then they would have to access it through the Euronext Synapse protocol, so they would nominate a dealer to trade it.”

Algomi first announced a custody tie-up with HSBC and BNY Mellon in October 2017, estimating the the two custodians had approximately US$25 trillion in fixed income assets under custody (AUC), out of the US$80 trillion global pool.

The model described used an alert to bond holders which allowed them to opt in, and get involved in a transaction to add volume from their own inventory if the price was right. Security required that inventory data was not visible to the trading desk within the bank, with the asset servicing division that validating the data, and acting as an alert for people who might want to interact with orders.

Eaton says that Algomi is still working on the offering with those banks and is currently designing how the database will look, how participants will take information from it and how they can action those holdings.

Moving from opportunity to trade can involve several Algomi tools, depending upon where the assets are held and who wants to trade them.

The original Algomi Synchronicity tool gathers the data that banks have internally from multiple data sources, including email enquiries, voice enquiries, trade records and new issue allocations, then puts that data into the hands of the firm’s sales traders so they can better source liquidity internally.

Algomi Honeycomb signposts that data to buy-side firms, and Algomi ALFA, which was acquired from AllianceBernstein in 2017, provides the front end to help traders identify where liquidity can be found in order to support trading decisions.

Euronext Synapse pulls that together to enable trading on an interbank basis. Accessing the inventories on major custodians and an ICSD creates new potential sources of liquidity in a buy-and-hold market by showing the value of held assets, which asset owners could reinject into the secondary market.

Eaton says, “The asset owner benefits, although the asset owner typically doesn’t see the price because he owns his asset in a pool which is managed professionally on his behalf, so the asset managers will make the decisions.”

He believes that in two to three quarters Algomi will have the product up and running, making a launch likely in the middle of 2019. As the former chief operating officer for Europe at MarketAxess, a trading platform operator which has a large dataset via its Trax trading database, The DESK asked if MarketAxess acquiring Algomi might be on the cards.

“I don’t think it is a deal that can happen, or at least I don’t think so any time soon,” Eaton says. “I think it would be a really fun and interesting combination, but I sadly see that as unlikely, there is so much other stuff to do at the moment.”