Seth Bernstein, CEO of buy-side firm AllianceBernstein, has called for a review of daily dealing for clients, for mutual funds, while maintaining support for daily pricing of funds. Speaking to Michael Cyprys, executive director for Equity Research (Financials) at Morgan Stanley, at the Morgan Stanley Virtuals US Financials Conference, he outlined several challenges with the fixed income markets.

The firm, which has had 97% of its workforce working remotely for over three months, has also been processing higher trading volumes than normal, which Bernstein noted was something he would previously not have thought possible, leading him to two surprising realisations.

“The technology platform that we built is far more robust than I appreciated,” he said. “So, we could operate indefinitely – although I would prefer not to – in a remote setting. Secondly, the generational divide between what productivity tools are available and utilised is a gaping one in my industry.”

He advocated the industry and his firm to look for greater productivity gains via increased integration of technology into everyday businesses in the future, as it had already begun to do. This progress had begun with AB’s evolution following the 2008 crisis across its equity and fixed income business lines, which it had aggressively addressed while managing costs.

Asked about lessons learned from the bond markets freezing up in March, he noted that no market was more impacted than fixed income, with the continued existence of structural imperfections of the fixed income market following the global financial crisis in 2008 representing a somewhat tragic situation.

“Market structure is unstable, as you know, a very small percentage of fixed income instruments actually trade daily,” he said. “I think it speaks to the industry needing to push forward in evolving to a daily pricing but periodic dealing model in our mutual funds. I’ll come back to ETFs later but the truth of the matter is very few instruments trade there is no maturity transformation so somebody is taking that illiquidity on the other side of that trade when anyone redeems, and you have clear issues among your investors in treating all customers fairly and marking becomes more of a challenge.”

He asserted a solution would be to provide a different model of liquidity provision to investors in order to better reflect the liquidity which was offered to investment managers themselves.

“Ultimately I think our clients would be much better off having interval funds or something that deals in a pre-determined way so that we can manage liquidity more appropriately,” he said. “Hopefully getting better performance because we hold less cash, and the fact of the matter is people don’t need daily liquidity or settlement on long-term fixed income funds. They don’t need it in equities either but the fact is that market is more liquid.”

He noted that while there were parts of the fixed income markets where the liquidity was less problematic, there needed to be a conversation about how to better support investors’ needs.

“I think those structural issues need to be addressed and to date there has been very little willingness to do that,” he said. “I don’t see any silver bullet to the market structure deficiencies in the marketplace, so that sets a premium on portfolio managers to be much more disciplined about liquidity and how they manage their portfolio.”

He voiced support for the Federal Reserve and US Treasury’s response to the crisis, noting, “they did a remarkable job putting a floor on the fixed income markets,” while also noting that, “The better conditions we see [today] are artificial, we need to acknowledge that, but they will be around for a very long time I expect.”

A longer term issue he noted was the way that fixed income was used as an investment tool and as a portfolio construction tool in a zero or negative rate environment, specifically looking at high quality debt which would closely mirror the low rates offered by central banks.

“This is a public policy question first and foremost,” he said, as fixed income could not play the role that it historically did by virtue of near zero rates. “Fixed income still is a diversifier and equity-driven returns portfolios need a large liquid market diversifier to manage volatility. Fixed income arguably, at least at the moment, has improved from a diversification perspective by virtue of the fact that duration extended as interest rates fell.”

He observed that, all things being equal, an investor needs less fixed income to achieve the same characteristics from a volatility perspective than she would have done before.

“That does have an implication for longer term for demand, however, risk aversion is very widespread and we never quite got over the last financial crisis, so I suspect fixed income will continue to benefit to be perceived as a safe haven by investors,” he said. “Also the regulatory changes that would have to be made to reduce the bid for fixed income over time for institutions, will be a long time in coming.”

An older population should create greater interest in income but he stressed that the income needed for retirement will be very difficult to obtain to meet current expectations. Taking lessons from Japan, this will be less about income and more about cashflow.

“Every time Mrs Watanabe in Japan has bought a non-yen denominated mutual fund in the past 20 years with few exception she has seen her net asset value decline, but the income as she is defining it has been pretty high. And so they become, effectively, self-amortising. That has pretty profound implications for how fixed income is sold over time,” he said.

He also noted that the “extended period of financial repression” which many large economies are currently going through is increasing central bank balance sheets means that, “The day of reckoning is pretty far off … but we can see it.” 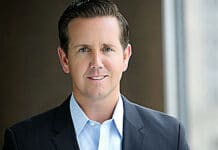