The majority of asset managers dragged into new uncleared margin requirements over the next two years could avoid tying up capital altogether, but still play by the rules, according to recent research from OpenGamma.

By identifying which trades to move, in order to make better use of the eligibility threshold, they could significantly reduce the amount of margin they post or eliminate it all together, says Peter Rippon, CEO of OpenGamma.

“There is a deep uncertainty from the industry centred around how to prepare for the new rules effectively,” he said. “But with the right foresight and planning, asset managers can take control now and avoid stumbling through the process later.”

The new requirements force firms with portfolios above a certain aggregate average notional amount (AANA) to exchange initial margin on uncleared derivatives. However, the findings show that out of 300 firms pulled into the final two phases of the global uncleared margin requirements, 74% of asset managers could optimise their portfolios to trade certain derivatives ‘free of margin’.

Although the regulation makes the cost of trading derivatives more expensive, it also gives market participants an opportunity to reduce margin requirements. Much of this centres around the $50m threshold set by the regulator per counterparty under each phase of the rules.

The threshold must be exceeded before the remaining IM needs to be exchanged, meaning asset managers who stay below the threshold or a fraction above it, will reduce the amount of margin they need to post. This reduces the amount of upfront collateral that needs to be posted – freeing up resources to be used elsewhere. 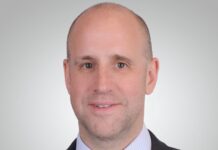