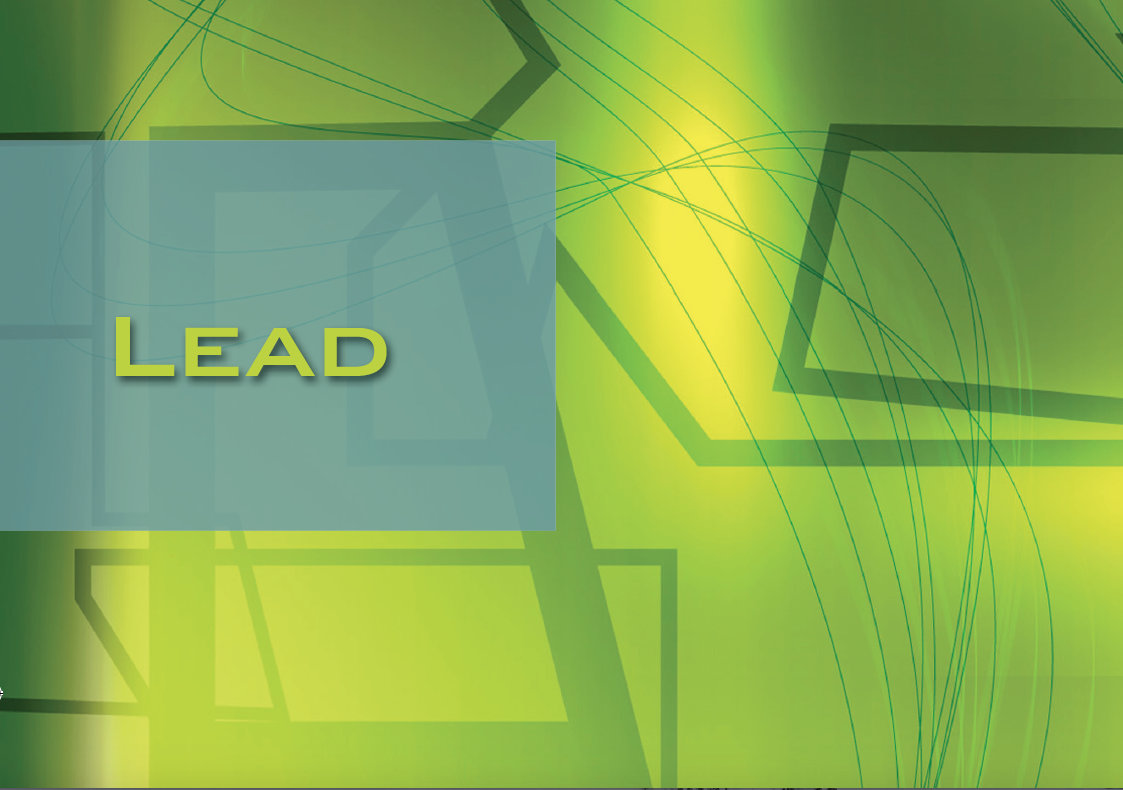 Big investment banks including Morgan Stanley, UBS and Goldman Sachs have begun to offer clients direct feeds of prices for US and European corporate bonds. Although these feeds are relatively new, and concentrated in the most highly liquid credit classes, they have the power to open up new execution models for the buy side. 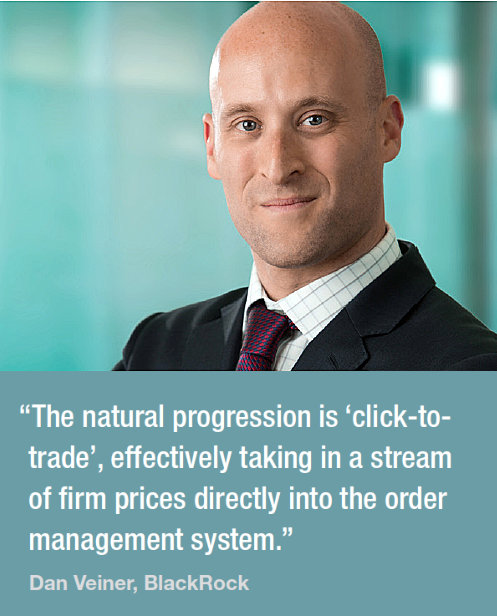 “In the US, where we are more reliant upon runs and the Trade Reporting and Compliance Engine (TRACE) for trading, we have started to partner with a handful of banks as a progression from FIX indications of interest,” says Dan Veiner, global head of Fixed Income Trading at BlackRock. “We have bilateral, direct connections to several of the major banks in order to access their axes and inventories via Aladdin, our order management system (OMS).”

As an evolution of current execution protocols streaming is interesting to broker-dealers for several reasons. It allows them to automate trading, helping them to manage costs. It also maintains bilateral relationships with clients, so that liquidity provision can be correlated to their profitability. For asset managers, it evolves trading capabilities.

“The natural progression is ‘click-to-trade’, effectively taking in a stream of firm prices directly into the order management system,” says Veiner. “That’s in its early days. We are utilising it now to a limited extent and developing our counterparties and ecosystem to make it robust.”

As a model, direct streaming offers an alternative to trading on a venue, which has been growing in popularity over the past five years. In April 2019, market operator MarketAxess reported an average daily trading volume (ADV) of US$4 billion in US investment-grade credit, up 14% on its April 2018 figures, while the same month rival Tradeweb saw a total ADV of $2.9 billion on its US investment-grade credit platform, up from an ADV of US$1.6 billion a year before, an increase of 80%.

“If we believe that the market is going to grow in terms of the adoption of electronic trading, then there is going to be a much more diverse set of solutions than there is today,” says Chris White, CEO of market data system BondCliQ. “What is surprising, is that people have been predicting the adoption of platforms but never trading without a platform.”

Phil Allison, global head of automated trading in fixed income at Morgan Stanley, says, “In credit today, the leading edge is in bilateral connectivity and I think we are waiting to see exactly which of the various platforms may or may not emerge to fulfil that need.”

Diversity rules
As trading venues have seen volumes grow, banks have seen their returns across the fixed income universe falling. In 2018, investment bank revenues for corporate bond markets fell to US$10.4 billion, according to sector analyst firm, Coalition. That represents a 21.4% decline against their 2017 figures, and a 50.1% drop against 2013 revenues, 2013 being the year in which Morgan Stanley’s Bond Pool, Goldman Sachs’ GSessions – which White developed – and Citi’s Credit Cross trading platforms all shut down.

“The return dynamics are not there for dealers to inflate balance sheet as outstanding issuance expands,” says George Athanasopoulos, global head of UBS’s FX, rates and credit (FRC) business. “So, dealer inventories have collapsed and the business is less about stacking shelves and waiting for somebody to come in and buy, and more about finding product to match demand. As we move more towards price facilitation rather than principal market making, liquidity aggregation on venues becomes very important.”

He observes that the increase in pricing venues has led to an abundance of information and service, but has not led to a corresponding abundance of liquidity, which in combination is putting additional pressure on sell-side margins.

Banks have adapted to trading electronically on the request-for-quote (RFQ) platforms, which effectively mirror the voice-trading workflow of calling a broker and asking for a price on a trade, by automating their price-quoting for liquid instruments on those platforms, using algorithms to set the prices.

Veiner says, “In BlackRock a large percentage of the number of trades we do are via one-touch or no-touch auto-execution via RFQ platforms, and those are heavily reliant on the counterparty to provide automatic liquidity provision on the back-end, which is effectively a non-transparent stream.”

The problem with credit
Automated trading has been far more rapidly adopted in the US government bond markets, because there is a single issue resulting in a smaller set of tradeable instruments.

Imed Souki, global head of FRC Trading at UBS, says, “The challenge with credit is that it’s a micro product with a very fragmented liquidity picture compared to FX for example. You have many international securities identification numbers (ISINs) to trade and that is much more difficult to automate. In Europe we operate an algo that streams prices on over 10,000 ISINs and we are targeting a similar number in the US in the coming months.”

It might seem counter intuitive to try and automate credit due to those structural challenges, however, Allison believes the market’s characteristics are driving adoption more quickly.

“In our view, clients are moving forward in credit with more momentum than in rates, reflecting the relative lack of price transparency [in credit] which is encouraging people to look at alternative ways of understanding the market,” he says.

“This arbitrage activity has increased liquidity in the underlying bonds, and also led to the development of technology needed to provide fair value and the market making algos for the constituent bonds. So streaming, as result of these credit algos, actually stems from the rise of fixed income ETFs,” says Veiner. “Fixed income ETFs are the reason new entrants have come into this space, like Jane Street and Flow Traders. They are also the reason why the big US banks and some of the European banks have built these credit algos [for direct streaming].”

By engaging in those trading strategies, firms have not only built the underlying algos and systems necessary to support automated trading, they have had time to become comfortable in trading at size and across a wider range of instruments.

“They started working with the top 100 CUSIPS and rose to 5,000 CUSIPS and beyond,” says Veiner. “It started at a very small size, and it got up to US$1 million and then US$5 million quote size for many bonds. That is the evolution of firm liquidity in automated market making, which really gave rise to the ability of these streams.”

Direct vs multilateral trading
UBS’s Bond Port is the last man standing as a sell-side credit platform, following the closures of State Street’s FI Cross in 2016, ITG’s (now Virtu) POSIT FI platform in November 2017 and KCG’s (now Virtu) sale of its Bondpoint platform to ICE in October 2017. Yet Athanasopoulos says the bank is not trying to dictate the route to client.

“We use single dealer platforms, we connect direct to clients, but we also service venues,” he says. “We are venue agnostic. Because in this age of abundance the client will pick the venue that suits them better, and this changes constantly. So, banks have to work out how to connect to that service provider otherwise in three months you will be doing no business. So, you’re almost a technology integration business at the same time as being a liquidity provider.”

Nor are sell-side firms expecting a sudden shift into new direct trading. Allison believes that a large number of trades will continue to be processed through some kind of RFQ model for the foreseeable future. “Even if people start using streaming more for looking at prices, it’s not obvious we are about to move to a click-to-trade model as the dominant protocol in any short order,” he says.

However, as with the growth of systematised internal crossing of trades, buy-side trading desks need to seek out more cost-efficient trading opportunities when they present themselves.

White notes, “The hidden cost of electronic trading is that the buy side have embedded costs in the form of fees when they trade on big incumbent commercial systems. If there are other options where they can get the same quality of execution without the fees, it is their fiduciary responsibility to review those options.”

Existing trading platforms are already working to support more automated workflows. Algomi ALFA, a pre-trade liquidity aggregator, has reported it will support direct price streaming. MarketAxess says it will launch a new ‘Live Markets’ trading protocol in the second half of 2019, giving a single view of two-way, actionable prices for the most active bonds, including new issues in US investment grade credit.

Other data tools that help traders to find the market price, such as BondCliQ and MarketAxess’s Composite+, could also prove valuable in reconciling dealer prices.

“A streaming price, without context of where others are trading in the market leaves you vulnerable to questions around best execution,” says White.

Why streaming is here to stay
There are two points of value that streaming in credit is offering to buy-side traders today. The first is as an alternative trading protocol, which under certain circumstances might offer a better solution than longer-standing trading methods, making them an alternative to the RFQ.

“The right attitude is to try these things and see what the value is; the RFQ model is not broken but this could be an interesting parallel path,” observes Veiner. “Central limit order books in credit have had limited traction beyond retail-focused networks, unlike treasuries, so I believe it is going to go the way of FX, with requests for stream (RFS) provided by banks. Name give-up is still very important for the sell side, which makes using CLOB unlikely, and therefore streaming is the more likely path, at least for USD credit.”

Within FX markets, RFS typically allow buy-side firms to set up rules with specific parameters which determine how orders are submitted or accepted with minimal supervision.

The second point of value is as a way of increasing price transparency, which can only be achieved if a buy-side desk can take the data in, aggregate it and make use of it.

“In terms of pricing, the aggregation of streams has the potential to dramatically increase pre-trade transparency,” Veiner observes. “If the buy-side adopts the RFS model from FX and applies it to credit, then a name give-up order book can be constructed to give a more robust and reliable version of fair value, in contrast to dealer runs.”

There is no rush to make this work. The corporate bond market has experienced two waves of platform launches in the past decade, with dealer platforms in 2012-13, and independent platforms in 2015-16. The wave of direct price streaming, potentially supported by platforms, in 2018-19 comes with the baggage of failures from the previous two.

“Clients have fiduciary duties and strict best execution policies under MiFID II or a similar framework,” notes Allison. “There is a high burden of proof for most organisations to progress and to change their trading style. Working with clients going through that process and getting comfortable internally as to how this could work for them, is a good indication that people are doing the right thing and taking their time to evaluate. So, the timeframe for these changes is always slightly longer than people estimate. We are engaging with our clients but it’s relatively early in the story.”

Nevertheless, some market participants believe the clear advantages of streaming will lead to a rapid adoption.

UBS’s Souki says, “I think this is speeding up exponentially and you’ll see a completely different picture in the credit market by this time next year.”

ABOUT US
The DESK provides buy-side traders with precise detail on the macro-drivers, events and plans that are shaping liquidity and price discovery in fixed income markets. The DESK delivers facts from the frontline of trading, opinion on the potential of new initiatives and support for fixed income desks across investment firms. Talking about bonds starts at The DESK. PRIVACY NOTICE: https://tinyurl.com/yarnw4pa
Contact us: contact@fi-desk.com
© Newspaper WordPress Theme by TagDiv
✕