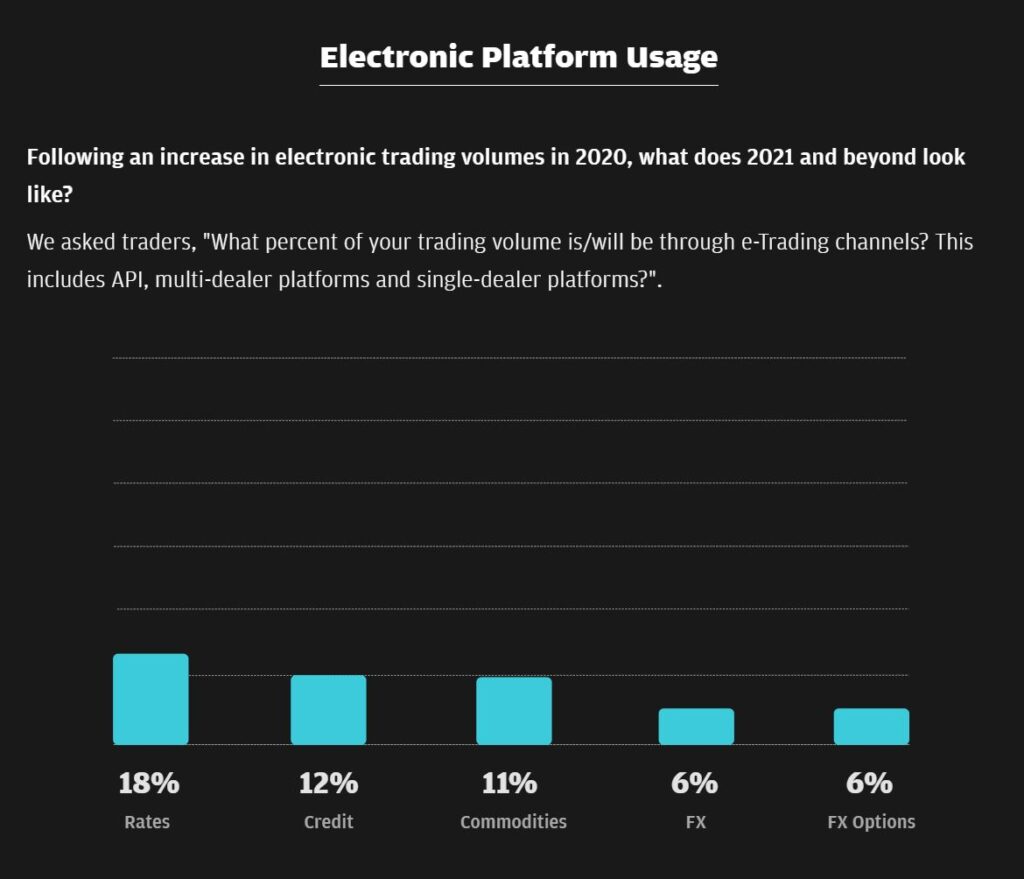 These levels reflect in part the low starting point from which credit and rates are at today, with FX spot being 78% electronically traded today by comparison.

“I think [2020] was quite a challenging year from the trading side, and we saw both the manual trading and the electronic trading come into their own, so to speak,” said Scott Wacker, global head of e-Commerce Sales and Marketing at JP Morgan.

Collating the views of institutional and professional traders on trends for the year ahead, including how their working location and execution style have changed last year, the research captured opinion around fixed income, currency and commodity (FICC) e-trading.

Another key finding was that liquidity availability was the greatest challenge for the respondents, across asset classes. 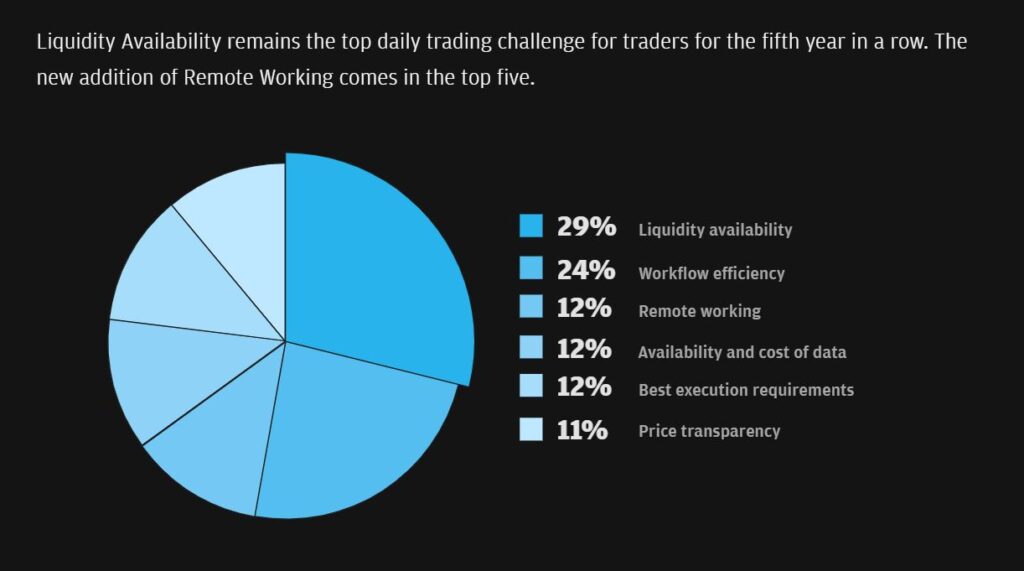 Bob Kim, head of North America Currencies, said “If we talk about liquidity as defined by volume, more than half of our highest volume days ever were in the month of March. Yet some of the volatility that we saw and lack of liquidity – as a lot of people would characterise the behaviour in markets [in that period] – underscored the panicky type of environment that we saw at the height.”

Banks were still seen as the primary providers of liquidity, and were connected to directly by 88% of respondents, suggesting that 12% of capital market firms are not connecting directly with banks. Other sources including non-banks, exchanges and electronic communication networks, the term for electronic secondary market trading venues, were also connected to directly in significant numbers in the FICC market.

“We definitely learned that the combination of both the electronic orders that we were using and the manual discretion that we used working together, helped our franchise offering as seamlessly as possible,” said Kim.

In 2020, between March and June when 77% of respondents were working from home, 54% reported an increase in electronic trading, 23% an increase in the use of algo trading and 8% an increase in voice trading; just 15% did not change their trading style. 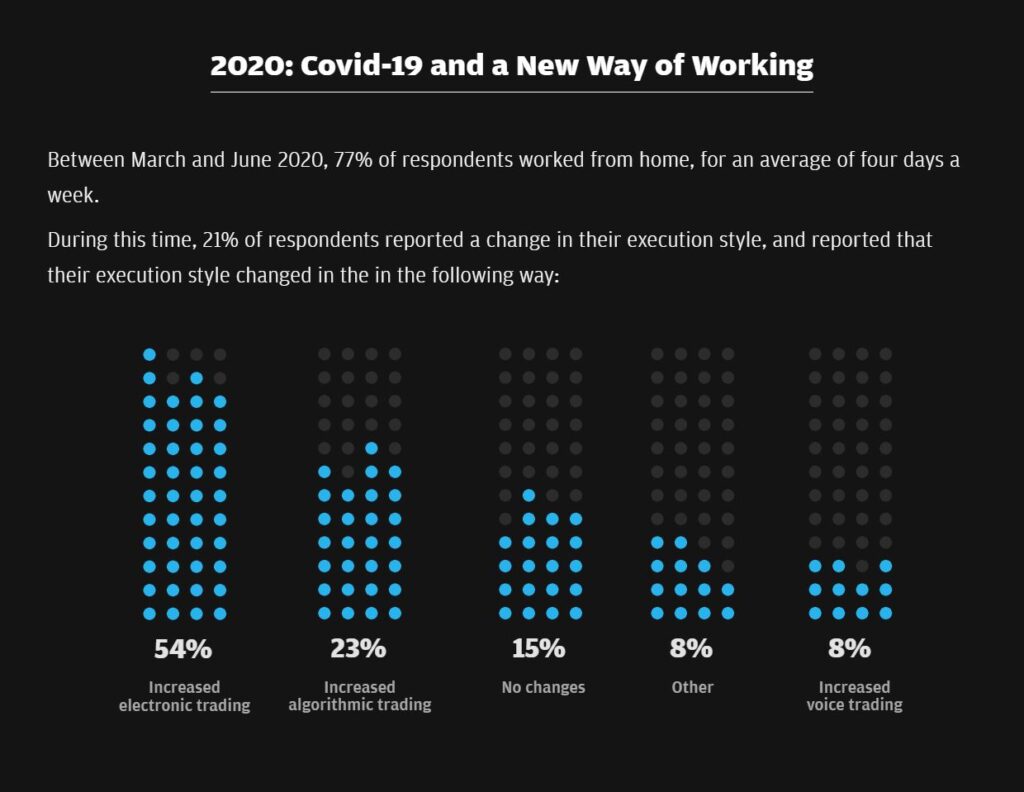 When rating liquidity, the research found that consistency of price, availability in volatile markets and response rate were most valued. Adherence to the global code of conduct, which is guidance to limit conflicts of interest in trading behaviour, ranked at 5%, alongside internalisation of order flow. 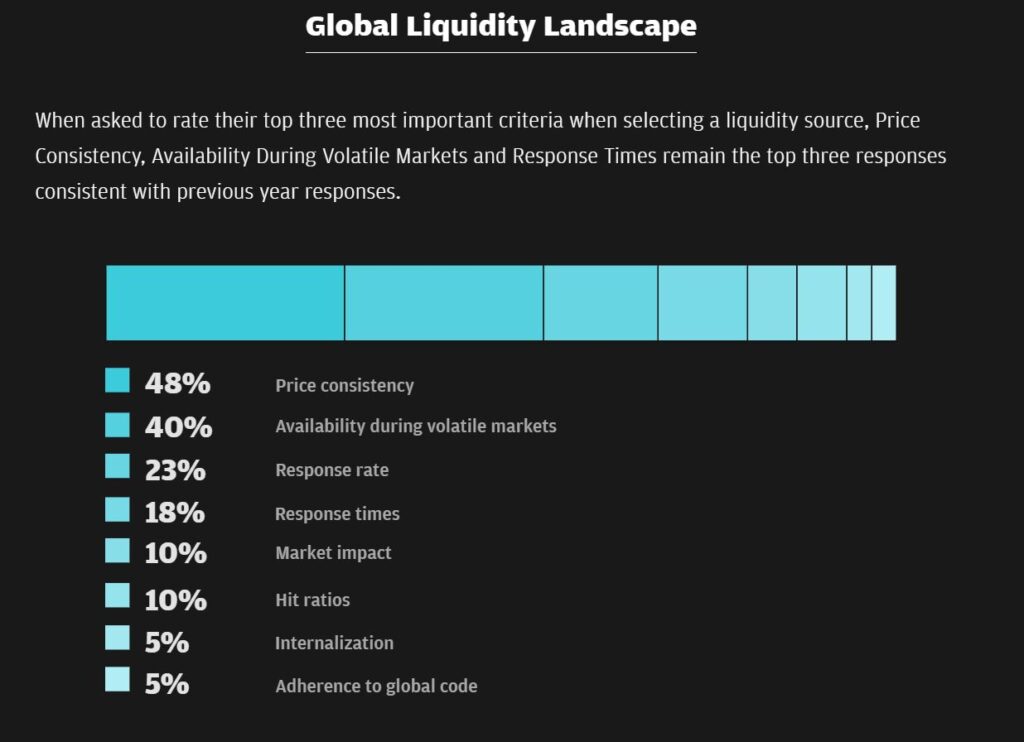