Investment managers are expanding their use of derivative overlay strategies, betting they can generate alpha and control risks by expressing a more nuanced understanding of markets. However, the higher cost of derivatives and lingering concerns over complexity have left some investors unconvinced.

“The interest rate and volatility environment that has driven markets in recent years has created challenges for long-only managers and made it increasingly difficult to deliver performance,” says Gianluca Minieri, global head of trading at Pioneer Investments. “Asset managers like ourselves have responded by increasing the sophistication of our investment strategies, for example by cutting across asset classes, using different instruments and currencies.”

In highly correlated markets, into which central banks are pumping liquidity, one way for asset managers to differentiate is by timing the market, an approach which does not marry well with the buy and hold mentality of the past, Minieri says. Overlays allow managers to be more nimble and generate returns “in all weather conditions”, he notes. They can also help managers execute large tickets without being front run or second guessed on their strategy.

“The liquidity situation has definitely deteriorated, so if we want to execute a large order it often makes sense to use listed derivatives such as futures, which give us the advantage of being able to transact in size without impacting the market,” Minieri says. “If instead we want a more nuanced view, for example taking a position on a specific bucket on the rate curve, or specific duration or equity sector, we might prefer trading OTC derivatives, which can be better tailored to the investment objectives of the portfolio manager.”

The liquidity available through the derivative market is also a key attraction for Roger Douglas, head of fixed income portfolio management UK at Deutsche Asset Management, which uses overlays for hedging and alpha-generating purposes.

“In some cases we see the liquidity and yield pick come together,” he says. “For example, single name credit default swap (CDS) offer a yield pick against the underlying and better liquidity than cash bonds, while the CDS indexes tend to respond more quickly to market events than cash, which is evidence of how popular they are as a way to hedge or express a view quickly.”

The basis between the CDS and bond markets can work in fund managers’ favour, but it also reveals a fundamental difference in the derivative markets, which can be a source of unwelcome risk. One such difference is the contractual element of CDS contracts, which for example has led to problems for protection buyers following government interventions to recapitalise some European banks.

“There were cases where the language of the contract impaired the ability of protection buyers to deliver the right obligations, and it can make the difference between the CDS being a good hedge and being worthless,” says Douglas. “It’s important for PMs’ to be aware that a CDS is always going to be an imperfect hedge, despite the fact it’s an appropriate tool to manage market risk.”

One area in which Deutsche AM focuses its overlay strategy is the currency space, and the firm makes regular use of hedging strategies when it buys bonds around the world.

“The cross-currency basis can have a material impact on the effective yield on bonds, so it can make a lot of sense to hedge,” he said.

When it comes to choice of FX hedging tool, the firm may make a judgement based on the required length of the hedge. For example it may use FX swaps, which generally are shorter-dated and may or may not be collateralised, or instead buy cross currency swaps, which are always collateralised but can run for periods out to and beyond five years.

“There are plusses and minuses to both,” said Douglas. “The FX swap hedge can be done on a one-month or three-month rolling basis without the need to pay any collateral, but then you are exposed to roll risk. The longer-dated cross currency swap locks in the rate, and I think people are making more use of those instruments in portfolios, but it’s worth bearing in mind that the collateral cost can be quite intensive.”

David Riley, head of credit strategy at BlueBay Asset Management, says the firm is a regular user of CDS indexes to manage market risk in cash bond portfolios and to hedge political and macroeconomic risk.

“It’s cheaper to hedge tail risks, such as the chance of a shock result in a European election, by buying CDS index protection than by selling bonds,” he said. “Of course there is a cost and you are also taking the basis risk which can be quite significant when market yields are so low.”

“What is important when it comes to cross-asset plays is to ensure you have the resources and infrastructure to understand the correlations and the skilled execution for pricing,” he said. “You might for example think the best way to hedge credit risk in a US credit portfolio is to buy a put on the S&P 500, because you think the biggest risk to the US credit market is a correction to the S&P, but you have to take care because the correlations are unstable.”

In the run-up to the Brexit vote in June 2016, BlueBay analysts felt the risk of the UK voting to leave the European Union was under-estimated, and the firm was able to buy options on sterling to protect itself against the eventual adverse outcome. Sterling dropped by 20% following the vote.

“We could express that view either through FX options or CDS indexes, but it’s worth remembering that the price of options tends to rise sharply in the run-up to well-defined risk events, so if you don’t put that on early enough it can get quite expensive,” Riley said.

To offset interest rate risk BlueBay fund managers buy interest rate futures, either long-term or short-term, which Riley describes as a “cheap and effective” option, with credit managers drawing on macro and rate expertise from across the firm.

From an execution point of view, overlay strategies bring some unexpected benefits, and the contracts are more amenable to cross-asset class capabilities than their cash market counterparts, managers say.

“One of the nice things about trading derivatives is that the execution model is very similar across asset classes,” said Pioneer’s Minieri. “A bond future and an equity future are similar in the way they are traded on an electronic platform, which means in terms of leveraging capabilities it gives us more room to manoeuvre. The same applies to OTC, which is becoming easier to trade in terms of work flow, due to central clearing.”

Still, there are also challenges. For example in a negative interest rate environment the cost of holding cash can be high.

“We have moved to using more and more CDS in our portfolios and the strategy we employ means we may sell credit protection at the five-year part of the curve and buy at one year, which exploits the steepness of the curve,” said Jochen Felsenheimer, managing director at XAIA Asset Management in Munich. “However, the trade funds itself, which means that unlike when we buy bonds, the cash needs to go to the custodian, which costs us 35 basis points due to negative interest rates.”

The pickup on the derivatives justifies the strategy, Felsenheimer said, but the situation is unlikely to change meaningfully while the ECB continues its policy of bond buying for its quantitative easing program.

Another impact since XAIA has focused on derivatives has been on its relationship with investors, Felsenheimer said.

“Obviously when you are trading derivatives you need your investors to fully understand what you are doing. I have had many board meetings at which clients have quoted back to me the Warren Buffet claim that derivatives are financial weapons of mass destruction. That can mean that a client meeting is a little bit like a university lecture, and it also means we don’t really take money from traditional retail accounts anymore.” 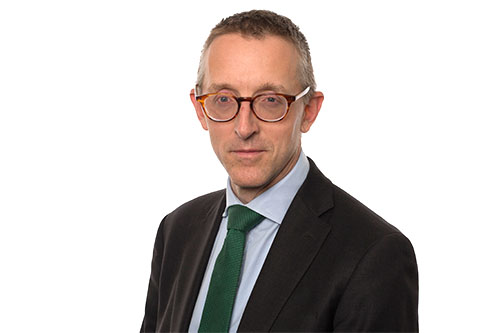