Complaints about regulators expanding rules for equity markets into fixed income are rising on both sides of the Atlantic.

The Securities and Exchange Commission (SEC) in the US and the European Securities Markets Authority (ESMA) have both proposed expanding the definition of trading venue. This has caused concern amongst all varieties of market participant, as the definitions used are so broad as to require specific exemptions for telephone calls.

Among these complaints, buy-side trade associations argue that regulators risk interfering with the buy-side bond trading desk, by classifying buy-side tools as trading venues. Behind this seems to be a misunderstanding about over-the-counter trading.

“While the proposed amendments reflect the Commission’s focus on increasing regulatory consistency of platforms that facilitate electronic trading, they unfortunately risk sweeping in systems that perform what unmistakably is a different function – order and execution management systems (O/EMSs) used by investment advisers and other buy-side market participants,” wrote Sarah Bessin, associate general counsel of the Investment Company Institute (ICI).

The original proposal tabled in 2020 had been to make trading venues in the US Treasuries market that functioned like de facto exchanges – by using central limit order books (CLOB) to process trades – subject to exchange rules. The main area of pushback was in the inclusion of an entirely new term, by which the SEC sought to step into fixed income markets more broadly.

In Europe, the ‘Consultation Paper on the Opinion on Trading Venue perimeter’ run by ESMA has likewise prompted concerned outcry from industry participants. Within its consultation paper (CP) ESMA noted that the 2018 MiFID II rules “includes the reception and transmission of orders (RTO) in relation to one or more financial instruments as an investment service / activity … a clear distinction should be made between RTO and the operation of a trading venue … where the EMS sends orders for execution directly to specific counterparties instead of trading venues, and hence might be considered multilateral in nature and hence in scope of trading venue authorisation.”

As with the SEC’s proposal, this created concern amongst buy-side bodies.

The UK-based Investment Association (IA) wrote in its response, “The IA is concerned that these proposals, which could result in large numbers of execution management systems (EMS) having to convert to multilateral trading facilities (MTFs), risk negatively impacting client outcomes and ultimately be counterproductive in terms of market integrity.”

The common thread in both proposals sits with the idea that a system which facilitates communicating with multiple parties could constitute a multilateral trading venue. This represent an extension of the idea that trading is conducted on a ‘venue’ which is a point of both operational risk and support for trading.

Equity markets formalised stock exchanges as a point of transaction more than 200 years ago in many major cities. Centralising the interest in buying or selling, with the publication of prices, created a valuable hub which both concentrated liquidity and created transparency. Stocks were listed on an exchange and then traded exclusively where they were listed, with the broker that priced them often the market maker.

Bond markets remained over-the-counter (OTC) markets because bonds were often held purely for payment of interest and return of capital, rather than as instruments in which capital gains might be realised. Barring a credit event at the bond issuer, they provide a more certain cashflow than equities. The buying and selling of any individual bond was less common than for a stock, exacerbated by the issuance of multiple bonds by any issuer, hundreds in the case of blue chip firms, where one stock would be common.

Equity markets automated secondary trading on central limit order books (CLOBs), which have a fixed set of rules for automating which two orders transact, based upon time, pricing and sometimes size of an order. Listed derivatives – futures and options – followed the equity model as they were listed by their exchange and their characteristics suited the same workflow.

By contrast bonds are often not listed, but issued OTC by a syndicate of banks via an unruly system of allocations to any investors who express an interest. In the US Treasury market a CLOB may be used in the interdealer market as the liquidity profile of US Treasuries fits the equity workflow – highly liquid, standardised set of instruments, fixed set of brokers – but that is almost unique within the fixed income world.

While these states are not absolute to any one asset class – equities can be traded OTC, bonds can be traded on a CLOB – OTC trading does not fit a system designed for exchange trading. The information available and the decision-making processes used are fundamentally different.

Why regulators are worried

The drive for the SEC to expand Reg ATS into the Treasuries space was triggered by a liquidity failure during Q1 2020, led by the sell-off in March of that year. Concerns were raised that the Treasury market was effectively unsupervised as cash bond venues did not have the level of regulatory oversight expected of listed securities venues. After an initial consultation in 2020 focused on Treasuries, the SEC’s expansion to include ‘communication protocol systems’ for any type of security, in the 2022 consultation, came out of nowhere.

As Joanna Mallers, secretary of the Futures Industry Association (FIA) Principal Traders Group, wrote in their response; “We note the [SEC] went beyond the fixed income electronic trading platforms focused on in the 2020 Concept Release by including Communication Protocol Systems that make available for trading any type of security.”

ESMA had come at the issue from a different angle. It had been caught out by OTC equity trading in 2007 when it first introduced rules for off-exchange equity trading under MiFID, because brokers were able to offer unregulated venues that did not fit any of the defined criteria for regulated venues. In 2018 its MiFID II rules sought to capture any trading venues – and expanded into non-equity trading.

However, it now had a set of venue definitions that were designed for the equity market and were being applied to other asset classes. The tension between its existing definitions and OTC market trading models were made apparent when it established the organised trading facility (OTF) category. The ‘OTF Final Report’ published in Q4 2021 noted the need to set a perimeter around defining what was a trading venue and what was non-venue trading software.

In both cases, rather than define a venue, the regulators have sought to create catch-all terms so broad that they have had to create carve-outs for communications such as telephone and chat which would otherwise be in scope.

Elisabeth Kirby, head of US market structure at Tradeweb observed, “As proposed, the scope of what would count as an ‘exchange’ could be interpreted quite expansively; the fact that the [SEC] found it necessary to clarify that utilities i.e. telephone companies or general-purpose electronic web chat providers would not be covered exemplifies the potentially expansive universe of firms that could be captured by the rule.”

The risk of such an approach, as the IA noted, could be to hinder the use of technology that helps traders in OTC markets; “Simple bilateral FIX connections on either OMS or EMS platforms between banks and the buy-side are simply digitising trades that would otherwise take place over the phone. This reduces risks and errors and improves settlement processes. The systems are not taking on the decisions on whether a trade should take place – this will ultimately still be done by the trader at the investment management firm.” 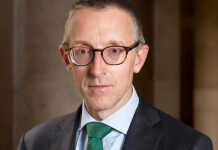