Several European investment managers have reportedly claimed that they will not be classified as investment firms under the revised Markets in Financial Instruments Directive (MiFID II), according to several industry sources.

Speaking at the FIX EMEA Trading Conference on 2 March 2017, Rebecca Healey, head of EMEA market structure and strategy at block trading venue Liquidnet, said there was a “blurring of the lines” under the revised structure set to come in next year.

MiFID I has been under review since April 2010, and the drastically different MiFID II aims to increase transparency and extend the codes of conduct beyond equities to a wider range of other securities. It will impose far greater obligations upon investment firms than the original rules from the perspective of reporting, record keeping and

Under the proposed regulations, MiFID II applies to all ‘investment firms’, including managers dealing with managed accounts. Investment managers who only carry out collective portfolio management of Alternative Investment Funds and Undertakings for Collective Investment in Transferable Securities (UCITS) funds are exempt. Some market regulators, including the Financial Conduct Authority (FCA) are expected to extend the obligation to these categories as well.

However several sources have reported to The DESK that certain managers do not believe that they will be classified as MiFID II investment firms. 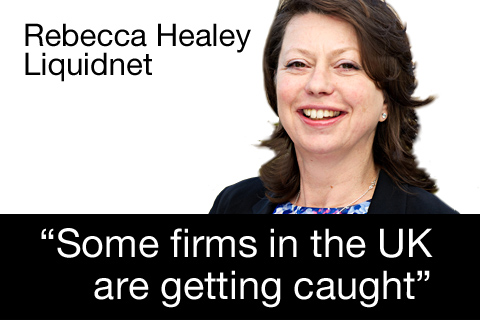 At the FIX event, Healey addressed that to Philippe Guillot, executive director at the Markets Directorate of French regulator the Autorité des Marchés Financiers (AMF), suggesting that while “some firms in the UK are getting caught, whereas in Europe it goes back to the old ‘Gestion Colletive’.”

“[The managers] should grow up and move on from the denial stage to the next stage,” he said.

While not at the conference, Kolja Stehl, counsel in the global Financial Institutions Advisory & Financial Regulatory Group at law firm Sterling & Shearman suggests that the applicable regulations depend on what is being managed.

He says, “If it’s a fund then it’s AIFMD, but if it’s management for individuals and corporates, then it’s within the scope of MiFID.”

The delineation could make a big difference between how local regulators apply the rules, but according to Stehl, “Ideally this shouldn’t be the case, since it should be the same across all EU member states.”

However Matthew Coupe, director of Market Structure at Barclays warned at the FIX event that interpretation of the Directive is down to the national regulators making it less certain than it would be under a regulation.