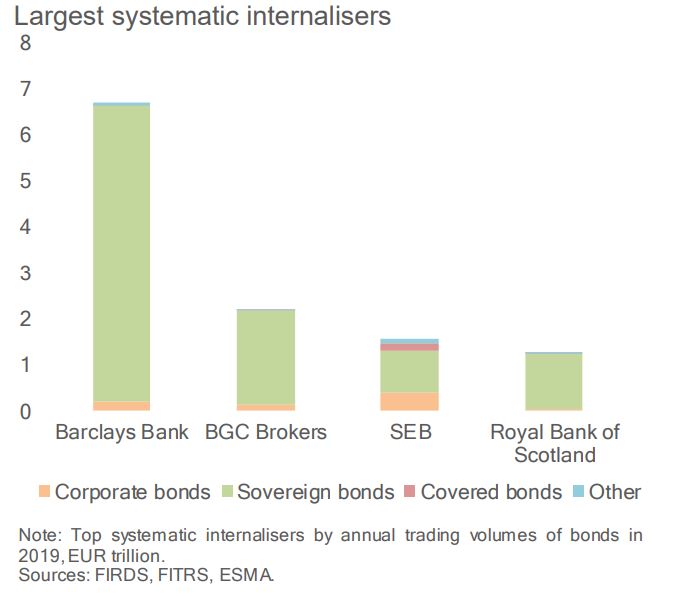 The report is an analysis of trading activity in equity and non-equity instruments in Europe. It found significant fragmentation of trading for most bonds across trading venues and systematic internalisers (SIs); using the Herfindahl–Hirschman Index (HHI) as a proxy for market concentration, on a scale where ‘0’ is concentrated and ‘1’ is fragmented, corporate and government bonds measured 0.94, ‘other’ types, such as convertible bonds, measured 0.95 and covered bonds measured 0.88; covered bonds are typically a feature of specific geographical markets.

When originally published, ESMA had mistakenly included interdealer broker BGC, which runs an OTF, as an SI, putting it in second place behind Barclays, a place now taken by BNP Paribas. 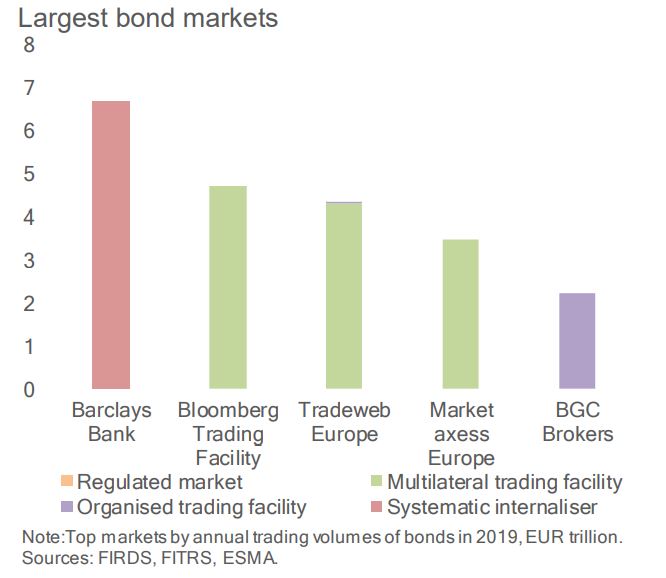 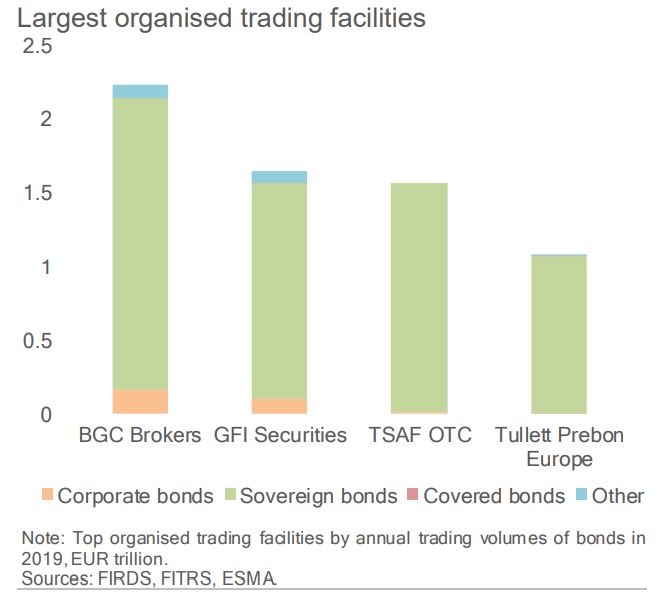 BGC was the largest OTF, while MTS’s EBM ran the largest regulated market and the fourth largest MTF. 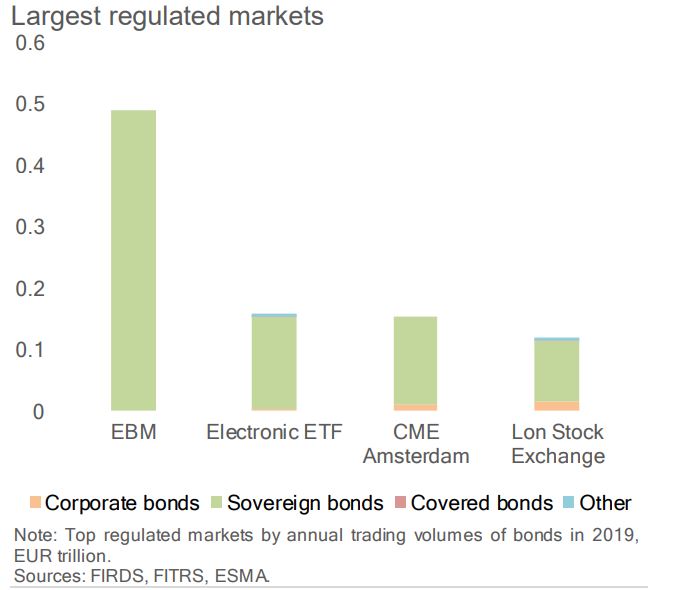