Fixed income trading is well beyond the request for quote (RFQ)-only era, i.e. when the only way for a trader to find the other side of a transaction was by canvassing brokers. But while request for quote is not the monopoly it once was, it remains a core trading tool, especially when used in conjunction with other, newer protocols.

That was the general consensus of a Thursday afternoon panel at the Fixed Income Leaders Summit in Nashville.

“I don’t think RFQ is going anywhere anytime soon,” said Howard Hoskin, Global Head of Fenics Invitations at Fenics. “Some of the new protocols, for example around auctions, will offer slightly different things for the market. Ultimately you need to have an array of different products that people can pick and choose from” depending on the type of market and the type of trade, he said.

Tommaso Di Grazia, Head of Fixed Income Product Development at ION, noted that some newer trading protocols, such as all-to-all, are departures from RFQ in that execution quality prevails over relationships. But, other newer trading protocols, such as portfolio trading, are actually different “flavours” of RFQ, in having a binary structure. “The RFQ concept is still attached,” Di Grazia said.

A network of users needs to exist for a new protocol to succeed. “There is no shortage of ideas for new protocols,” said Jason Quinn, Chief Product Officer at Trumid. “If you’re innovating upfront, it doesn’t matter how cool the protocol is, or in theory how much liquidity you can unlock. You can’t do the innovation unless you have assembled a network of institutions to implement the protocol.”

Institutional investment firms typically aren’t first movers on innovation, and there are billions of dollars at stake in their trading that they need to execute in trusted ways. Thus RFQ is expected to remain a primary trading protocol, at least for the majority of the credit market that is thinly traded.

“It’s less about moving beyond RFQ, and more about using RFQ as a springboard to new things taking place,” said Rich Schiffman, Head of Opening Trading at MarketAxess. “But it’s not the easiest transformation for buy-side firms.”

Schiffman said a central limit order book (CLOB), a functionality commonly used in equities, can be useful in the actively traded parts of the rates and credit markets.

Buy-side firms are limited in how much they can explore new trading concepts. “There are a lot of new innovations out there, but most trading desks don’t have the capacity to evaluate all of them,” said Neal Rayner, Head of US Fixed Income Trading at Janus Henderson Investors.

Rayner said Janus Henderson may evaluate one new protocol or platform at a time, with one trader assigned to shepherd the idea through. “We see if the proof of concept is viable, and then we move it over to legal,” he said. 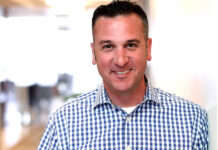 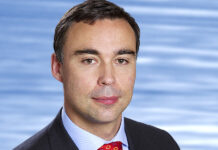