AIG failed in 2008, because the value it placed upon the mortgages underpinning the credit default swaps it had sold to Goldman Sachs was way off. It got killed by the variation margin (VM), which covers changes in value, which AIG had to pay the bank. A sudden re-evaluation makes for a massive margin.

“If you ask any futures commission merchant (FCM) in an anonymous fashion they will tell you, they had wished this had never come into fruition because there is no real value add from an FCM perspective,” says the head of US derivatives execution at a major broker. “It’s not going to increase business we do, but it’s going to increase the speculative nature of the client business that we already do, so how does it help us?”

The systemic risks that the derivatives market created – fuelled by the massive default of Lehman Brothers on 13 November 2008 – were supposed to have been checked by market structural reform.

Now bitcoin futures are threatening to create the same scenario all over again. A market that is enormously volatile can require large changes in VM payments. The problem is, bitcoin is an over-the-counter (OTC) market so there is no centralised pricing data. The current margin payments are therefore based on pricing that is not centrally overseen or regulated. There are real concerns these risks could spill over into capital markets. 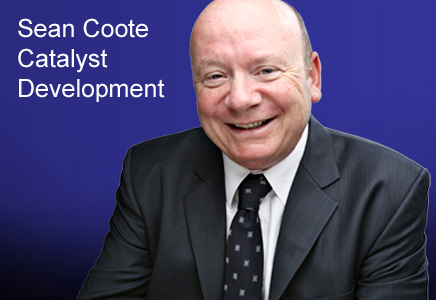 “These questions are credible,” says Sean Coote, managing consultant at Catalyst Development. “It is history repeating itself in different ways. The prediction is the futures market will far exceed the underlying market; I can’t say what we can use to measure that happening. The real problem is the legitimacy and transparency of what is going on.”

The market is both hard to price and prices themselves are volatile. It would be easy for a firm to get caught out by a huge margin call if it is not careful.

Worse, if a broker defaults because it cannot cover the VM payments, the central counterparty (CCP) that sits between the two firms and holds the collateral is required to expend cash to trade out of the firm’s position.

First it expends the collateral it holds from the defaulting broker but if that is not sufficient, it uses the reserves of other members. If those are all depleted, it can ask its members – other brokers – to top up the reserves, in some cases without limit.

This is a problem because the same CCPs are used to clear bitcoin futures as financial and commodity futures. If there were a problem with a CCP, due to sudden fluctuation in the price of bitcoin, many firms that do not trade bitcoin futures could be caught up in the aftermath. These concerns have been voiced by many in the industry, including brokers and trade associations.

“The systemic part of the risk is probably a long way off, but if the trajectory stays on target then these issues need consideration, and so far the trajectory has been maintained,” says Coote.