The difficulties of applying artificial intelligence (AI) and machine learning (ML) tools to fixed income markets sit not only in the asset classes well-documented data problems but in the complexity of understanding and trusting its models.

“Currently, most firms that we are aware of are not using machine learning or AI on at-scale projects in production,” says Dr Alexander De Souza, head of machine learning at Katana. “Although I would assume most firms do have machine learning teams and projects underway, I think it’s often underestimated how difficult it is to take an early initiative into full production in an efficient manner.”

To date, the main paradigms being applied to models are supervised, unsupervised and reinforcement learning. The most popular, though, is supervised or learning from examples, as evidenced by the recent study – Transforming Paradigms on AI in financial services. Published by the Cambridge Centre for Alternative Finance (CCAF) at the University of Cambridge Judge Business School and the World Economic Forum, it represents one of the largest global empirical surveys on the subject with a total of 151 respondents from 33 countries.

It found that 88% employ supervised learning mainly because many mainstream applications of AI, especially in the areas of classification and forecasting, are based on these types of algorithms.

In general, supervised learning is typically good for time series analysis and predictions, according to Sarah Carver, head of digital services at Delta Capita. Unsupervised learning, on the other hand, is deployed to identify hidden patterns or intrinsic structures in inputs. “It is where there are no labels for the data, so the models develop their own relationships in the data and categorise them into similar groups,” she adds. “These types of models are usually used for market segmentation and product categorisation.”

“[Reinforcement learning models] are currently the most complex to build,” she says, adding that it uses simulations to train the models and is commonly employed in areas such as risk analysis and market simulation.

In the fixed income sphere, De Souza points out, there is more pricing and post-trade data due to greater regulation and as a result supervised learning types of projects can be built to tackle problems such as how pricing distributions evolve over time. He adds that unsupervised learning problems are more difficult because there needs to be a certain type of data segregation and clustering to synthesise the wide variety of unlabelled data that is available.

One difficulty with reinforcement learning is that “we would like to think that it can be applied to finance because it is derived from operational control theory and strategic decision making”, he adds. “However, you need well-constructed rules and reward mechanisms, and it is unclear whether sufficiently robust definitions of those exist that can be widely applied to multiple products or even client needs and portfolios.”

For some market participants, “the specific technique is less of an issue,” says Kristina Fan, CEO of 7 Chord, a provider of real-time predictive pricing and signals, as well as highly accurate evaluated pricing for fixed income. “The focus should be more on how well your system handles concept drift, and especially the abrupt market regime changes.”
Fan believes that traders distrust AI because they don’t believe that it can adapt its behaviour when faced with an unfamiliar environment. She notes that the poor performance of many machine learning tools and quant funds in 2020 proved them right. “There are always regime changes in capital markets, even if what happened last year was not on the same scale as in the past,” she says. “Our proprietary AI systems are optimised for live trading. We are technique-agnostic and are much more interested in how the AI can detect and adapt to change.”

The data challenge
It has been well recognised though that regardless of the version used, the models are only as good as the information plugged in. Access to complete and good quality data is still difficult and explains why it ranks as one of the top three hurdles for implementation of AI and ML on the World Economic Forum and Cambridge study.

Carter says, “Getting sufficient quality data is always the biggest challenge of ML, and even when it is obtained there is often human error and prejudice in that data. Algorithms trained on this data will be able to detect these biases. This might lead to poor decision-making or incorrect outcomes.”

Matthew Hodgson, CEO and founder of Mosaic Smart Data echoes these sentiments: “There is no standardisation, so the data needs to be normalised, hygiene-checked, with errors and inconsistencies rectified.” He adds, “if this is not done, then it is impossible for accurate real-time data analytics, machine learning or artificial intelligence to be applied across an institution’s entire transaction activity.”

The issues are even thornier in bond markets which are infamously fragmented with different issuers, maturity dates, structures, coupons and liquidity profiles. Although there has been a shift to electronic trading, it is in the more liquid government bond markets, but when it is in the corporate bond sphere it tends to be for smaller trades, according to market participants. In general, their larger counterparts are still negotiated over the phone or via chat.

Accurate bond price sourcing is still one of the biggest challenges for fixed income traders today, according to Vuk Magdelinic, CEO of Overbond. He adds that this makes it difficult to have reliable pricing and build credit curves. Fixed income traders also need aggregation of disparate data as well as modelling to have a deeper view of illiquidity across venues and those different input data sources.

Overbond’s COBI-Pricing LIVE algorithm addresses these issues by garnering historical data on over 30,000 securities – with a refresh rate of under three seconds – from multiple sources. The tool, which is the latest addition to its corporate and government bond AI suite, aims to provide traders with more accurate pricing data for measuring liquidity of individual securities and ultimately enabling execution automation.

“It’s not just about speed but also precision and accuracy,” says Magdelinic. “A model like COBI-Pricing can help a desk to grow its flow and at the same time preserve a hit ratio of about 10-15% of all RFQs won, and an optimal margin through a margin optimisation model that will guarantee a positive desk P&L.”

Meanwhile, Katana, which incubated within ING before being spun out, recently joined forces with IHS Markit to detect reverting dislocations and relative value insights for up to 200 million bond pairs over six different universes. With a reported accuracy of 91%, the fintech uses machine learning algorithms and the latest big data technologies to analyse live data, and up to ten years of historical data, from IHS Markit.

Looking ahead, there is no doubt that the technology will continue to advance but it may take time for traders to catch up. There not only needs to be more training but also greater retention of the appropriately skilled people to handle transition and deployment of the new technology. For example, high-touch traders may be experienced in their field but not have a complete grasp as to how new models can improve their performance.

This is not surprising as change management and corporate cultural shifts are always understated according to De Souza. “There needs to be more of a quant-based bent to trading in fixed income and more familiarity and understanding of how the technology works,” he says. “This is often overlooked but is critical to building a more robust market.” 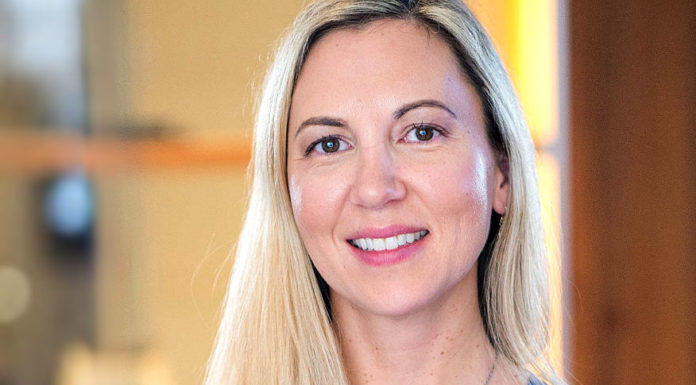