The UK market regulator, the Financial Conduct Authority (FCA) has released a consultation paper (CP) on existing MiFID II rules, which includes a proposed scrapping of the requirement to separate payments for research and trading for fixed income investments.

Proposals will also affect research and trading for small and medium enterprises (SMEs) which has been an area of concern, based on the risk of reduced research coverage of SME firms, and the regulator has also proposed the scrapping of best execution report via the RTS 27 and 28 regulatory reports.

While these have been largely welcomed by the buy side, the proposal has exposed the thinking behind measurement of unbundling in fixed income markets.

The FCA wrote, “If research had been a material part of a broker’s costs, we would have expected the inducement rules to have resulted in a narrowing of spreads as a result of decoupling of research from trading spreads.”

Buy-side traders have expressed surprise that the two were assumed to be linked, and noted that this reflects the continuing assumption by regulators that equity market rules can be transferred to other asset classes.

One senior trader noted, “Research doesn’t impact the execution side; spreads are a function of dynamics like liquidity – I’m not sure what they are getting at there.”

Another said, “Our point has always been that we are not paying for research. There is no execution account, there are no commission sharing arrangements to separate fees between trading and analysis as in equities. It is a fundamentally different market.”

In addition making asset managers pay for macro research which is needed for fixed income investment but is made available to other clients of the bank for free, seemed to be adding an unnecessary cost to investors, one asset manager said.

Vuk Magdelinic, CEO of analytics platform Overbond, said, “Unbundling rules have had a negative effect for research coverage of fixed income markets over the last two years. If they stay in place much longer, there is potential for a more drastic drop off in the conventional type of research coverage. The proposed regulatory change will bring some benefits for specialist research providers and FI desks at UK-based banks and investment managers, but the return of soft-dollar coverage will not spark change for new methods and types of market research.”

The FCA paper, CP 21/9 ‘Changes to UK MIFID’s conduct and organisational requirements’, will preface a consultation paper by the UK Treasury expected in the summer which will look at the broad themes of capital markets reform and cover a range of high-level and more detailed questions.

The FCA notes that the consultation is “intended to ensure that our requirements are better tailored and more proportionate to the risks arising. This should remove unnecessary regulation, make the requirements less complex and make these markets work better.”

The UK had been the main driver behind unbundling brokerage research costs and transaction commissions, having engaged in the process first in the late 1990s. As voluntary measures in the equity space proved to be limited in effectiveness, MiFID II was used to introduce requirements to set separate charges for transactions and research thereby ‘unbundling’ these two services.

Firms receiving research were required to either pay for research themselves from their own resources or agree a separate research charge with their clients.

Writing on social media in response to the news, Richard Worrell, head of EMEA Equity Trading at JHI, and chairman of the Investment Association’s Buyside Trading Committee said, “Scrapping RTS 27 and RTS 28 reporting requirements would be a very positive step by the Financial Conduct Authority. We completely support increased transparency for clients but these are reports that are cumbersome to produce, difficult to understand and not looked at by our investors. They serve no value and we would completely support removing RTS 27 & RTS 28 reports.”

Magdelinic noted, “It’s ironic this announcement comes as part of the UK government’s efforts to innovate capital markets, but it’s a backward step to pre-MiFID II days. For real progress, greater efforts need to be made to generate more data points to which AI can be applied for more sophisticated automated research. Ultimately, this will only be possible with more automation of fixed income trading in what is still a very old school phone-based industry. With 30-50% automation on the trading desk, dealers will have much more data to produce automated research!” 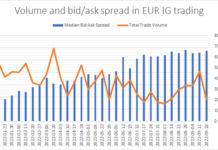