Ditching the Volcker Rule would have a limited effect on liquidity, but the enthusiasm for change exists. David Wigan writes.

The Volcker Rule has been cited as a key driver of declining liquidity in the $8.5 trillion US corporate bond market and the cause of the exodus of numerous prop traders from large banks. It was a cornerstone of the 2010 Dodd-Frank Act, and its repeal has been proposed by Jeb Hensarling, congressman and chair of the House of Representatives’ Committee on Financial Services who wants to replace Dodd-Frank with the ‘Financial Choices Act’.

Ostensibly this could signal a return to the days in which large tickets could be filled on demand. Yet buy-side traders are cautious in seeing any one rule change as a salve. 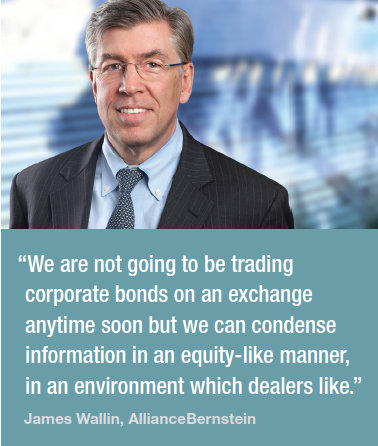 “To be honest I am not sure it makes a lot of difference if they repeal Volcker,” said James Wallin, a senior vice president in AllianceBernstein’s fixed income group. “For a start, this is no longer the US of the 1980s – all of the banks are multinationals and run their regulatory compliance to the standards of the highest common denominator. European regulators are not going to relent, and banks are subject to those prudential rules, and there is no way they are going to run twin track regulatory frameworks.”

Wall Street’s inventories of corporate debt maturing in more than a year have fallen by as much as 75% from their 2007 peak, and have on occasion even turned negative during periods of volatility, signalling an apparently secular decline in dealer liquidity.

Research has pointed the finger at economist Paul Volcker’s rule to restrict dealer proprietary trading and investment in speculative vehicles such as hedge funds, as the key culprit.

In a report on the impact of the Volcker Rule published in September 2016 entitled ‘The Volcker Rule and Market-Making in Times of Stress’, authors from the Federal Reserve and Cornell University acknowledged that the legislation had at the very least increased illiquidity in periods of turbulence.

“Our results show that bond liquidity deterioration around rating downgrades has worsened following the implementation of the Volcker Rule,” the authors wrote. “We find that the relative deterioration in liquidity around these stress events is as high during the post-Volcker period as during the financial crisis. Given how badly liquidity deteriorated during the financial crisis, this finding suggests that the Volcker Rule may have serious consequences for corporate bond market functioning in stress times.”

“Personally I would welcome a repeal of the Volcker Rule in the hope it would open new pockets of liquidity in our less liquid asset classes,” said the head of trading for North America at one large long-only asset manager.

Given those observations, it would not be surprising to see market participants banging on the doors of the US Treasury demanding it takes an axe to the Volcker Rule as part of its review of regulation, due to report in June 2017. To support their case they might point to talk of reinstating Glass-Steagall legislation, rescinded in 1999, which envisages the separation of risk investment banking from commercial banks, potentially making it easier to justify a return to more dealer risk taking.

In fact, the early signs are that the Treasury doors are relatively untroubled. Many market participants doubt the willingness of Wall Street to return to the free-wheeling days of old. Global prudential regulations have reduced banks’ ability to trade on risk and liquidity has reduced in many asset classes which are not affected by Volcker, including major currency pairs and government bonds.

Nor does Volcker prevent market making. Firms are allowed to trade based on the ‘reasonably expected near term demands’ (RENT-D) of customers and counterparties, based on the liquidity, maturity, and depth of market and demonstrable analysis of historical and projected customer demand.

However getting that assessment wrong, or failing to make it rigorous enough, can be costly. In April 2017 the Federal Reserve fined Deutsche Bank US$19.7 million for failing to maintain an adequate Volcker rule compliance programme prior to 30 March 2016.

Paul Volcker, author of the eponymous Rule, said, “My sense is that the large banks with sizable trading operations have been adjusting to the basic requirements,” speaking at the Bretton Woods Committee 2017 Annual Meeting on 19 April 2017.

“Importantly, statistical evidence strongly supports the view that the market functioning with respect to bid-asked pricing, market stability, and so-called liquidity has not appreciably changed from pre-crisis performance,” he continued. “Data recently released by the Federal Reserve supports these points. Put simply, customers can be, and are, well served by today’s trading markets.”

Wallin notes that, since the Rule was mooted in 2010, banks have worked out how to operate in the corporate bond market without holding large inventories of risk-weighted assets. That has come primarily from being more efficient in understanding where demand sits and using that information to run a better-connected agency business. Utilities such as open standards network Neptune and secure messaging platform Symphony have led to a step-change in information flow that enables buy-and sell-side market participants to source liquidity using routes that did not exist four or five years ago.

“We are using data tools and data gathering that are fuelling the equitisation of the fixed income market,” Wallin says. “We are not going to be trading corporate bonds on an exchange anytime soon but we can condense information in an equity-like manner, in an environment which dealers like because it allows them to tier and own information, which we have the technology to aggregate.”

As the flow of information comes into the firm, AllianceBernstein is able to monitor any activity around a particular CUSIP, create watch lists and run algos to action those watch lists, Wallin says. The next stage is to turn the capabilities into execution management systems, which will send orders to any venue where there is liquidity.

“The buy side is trading with the buy side and banks and using technology and aggregation processes,” he said. “You could revoke Volcker, but it’s not going to stop this, and it’s hard to see the banks spending all that money and capital to rebuild the old system based on prop desks.”

A director of global trading at another large US asset manager concurs with this picture of an evolving market, adding that even if banks did want to return to prop trading it would not be easy.

“Even if you turned off all the regulations, I am not sure there would be any immediate change because the skill-set has gone,” he said. “All those guys that used to make markets have gone to the buy side. Everybody knows about the juniorisation of trading desks and this generation of traders has not operated in an environment where they are free to make markets. They are not going to make markets no matter how much balance sheet they have, as they don’t know how to do it.”

Turning to the dealer

Despite the enthusiasm for alternative trading, the market remains dominated by banks, with dealer-provided request-for-quote methods accounting for the majority of trades. They are keen to make the administration of the rules as pain free as possible. For example, Citi reports a threefold increase in compliance staff over the last eight years.

“We don’t want to do proprietary trading,” said John Gerspach, chief financial officer at Citi, speaking at Goldman Sachs US Financial Services Conference, on 7 December 2016. “But I also would love to work with regulators to lessen the burden of proving that we are not engaging in proprietary trading.”

Kevin McPartland, head of market structure and technology research at analyst firm Greenwich Associates says, “It’s worth remembering that the banks do most of the trading. My instinct on Volcker, however, is that a total repeal is unlikely. I suspect it’s going to be more like surgery, so that dealers get some market-making back and feel more comfortable holding positions for that purpose.” 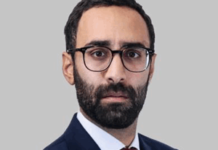