While the details are under investigation by the Securities and Exchange Commission (SEC) in the US and Japan’s Financial Services Authority (FSA) making them hard to report on, it would appear that concerns exist around the level of secrecy to which block trades were subject, and whether there has been any information leakage ahead of or during the trades, particularly to other clients such as hedge funds.
Block trades are particularly sensitive to information leakage as the large size of an order is likely to move the price of the security in which the trade is made. Taking a directional position ahead of a market movement up or down creates a material advantage for an investor – and a major disadvantage for the investment firm trading the block. Any buying or selling activity ahead of the block trade will impact the price at which the block trades, ultimately costing the investor more.

For traders seeking to place a block, seeing the price move before a trade can be an indicator of information leakage. These investigations all appear to be in the equity space but trading blocks is equally commonplace in debt markets.

Ten years ago, much of the blame for pre-trade price movements was being laid at the door of fast market data feeds, which allowed high-frequency traders (HFTs) to spot a price movement and then place buy/sell orders at sub-second speeds, which would subsequently be cancelled.

The appearance of buying/selling activity would create a directional movement in a stock price, away from the price at which the investor wanted to trade. Firms using simple trading algorithms such as trading on the volume weighted average price (VWAP) were particularly susceptible to manipulated pricing if the algorithm they used could not detect the manipulation, and some brokers who provided trading algorithms were warning users nearly 20 years ago.

There were also concerns that where orders were routed to a broker ‘dark pool’, which publishes post-trade executed order information, not pre-trade order information, orders could be matched with an HFT order which could then be cancelled sub-second. As the order would then be routed on to other trading venues under US law, the HFT firm would be fully aware of the order size and price, allowing it to effectively ‘front run’ the order.

Michael Lewis’ 2014 book, Flash Boys, alleged how banks and exchanges were complicit in supporting data being fed to HFT firms giving them an advantage in trading ahead of pension funds and other real money asset managers, particularly in broker dark pools.

Brokers fined for failures in order routing and disclosure around their dark pools since then include Barclays, Credit Suisse, ITG and just this month Deutsche Bank, which was fined US$2 million by FINRA for routing client orders to its dark pool first without assessing the effect this had on execution quality.

For the past two decades, fines have been laid upon banks who continue to misbehave creating no observable correlation between punishment and behaviour correction.

In the case of block trading, if a bank was leaking order information to other clients, it would be interesting to see how this occurred and was detected.

Block trading can be conducted by platform – and some platforms such as Liquidnet have specialised in this model of trading – but it can also be conducted bilaterally.

If a trade of this type was conducted bilaterally between a bank and client, any risk held by a bank would make it inadvisable for them to leak information. If they were conducting it on an agency basis, they could potentially advantage the client on the other side of the trade.

However, being a bilateral trade this might suggest a more active component to any leaking of information that had occurred, over and above the systemic models used before. If true, that could directly impact the trader engaged in buying and selling blocks. 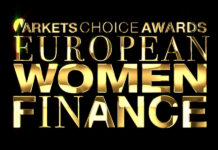