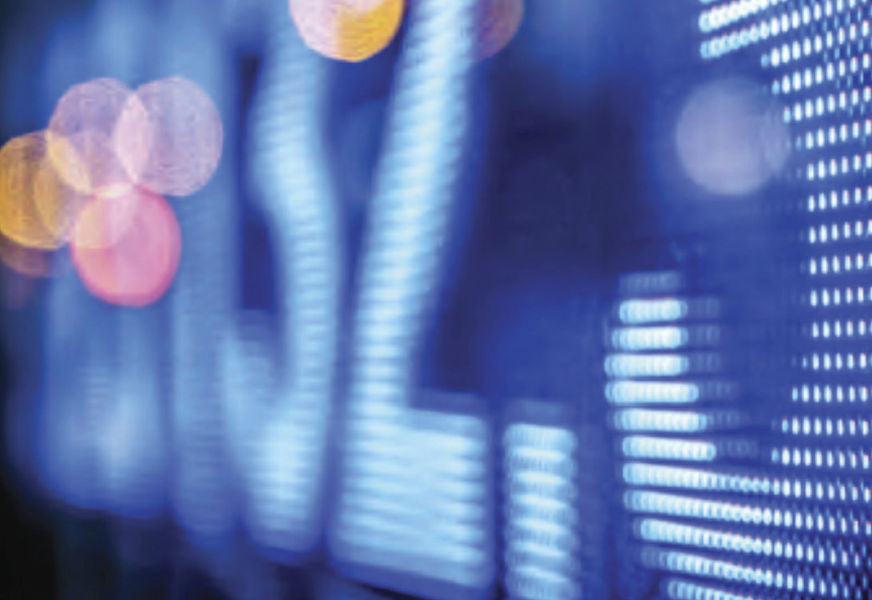 The US regulator has raised questions over bank control of new issuance automation – the question is whether banks behave with valour.

A recent report by the Securities and Exchange Commission (SEC) has suggested that banks can use their discretion to punish investors who dislike the status quo for bond issuance.

“Buy-side participants with whom we have spoken worry that if they complain about information availability, or back out of an offering after submitting an order, dealers will retaliate by giving a smaller allocation in a subsequent offering,” wrote the SEC in the 2020 Fiscal Year report for the Office of the Investor Advocate.

This concern has implications for the automation of the new issue process. Although several US banks have formed a consortium, DirectBooks, to offer an electronic workflow to support new bond issues, the SEC notes it “is not intended to replace the current relationship-based allocation process, a business that is highly lucrative for sell-side banks.”

The regulator implies that banks would still exercise discretion over investor allocations, even if the sell-side firms were deficient in their provision of data during the new issue process.

The outstanding question is why banks would impede progress by using non-standard communications which allow mistakes to occur, rather than simply providing data in a consistent format.

“There is a fear on the sell side that they are going to be dis-intermediated away from the desk; that this is the thin edge of the wedge and all of a sudden we will see placings done away from the banks,” says Andrew Munro, global head of fixed income trading at Janus Henderson. “We don’t think that is happening.”

What is happening right now are mistakes, which have a material impact on investors and potentially issuers for no advantage to any party.

“Last week we were told we were in the book for a deal because someone at the broker mistyped our name instead of one of our peers,” says Adam Conn, head of trading at Baillie Gifford. “We didn’t blame them. It is an accident bound to happen in such an archaic process where there is the risk of manual error from start to finish.”

A well understood problem
When asset managers want to buy into a new bond issue, they typically have anywhere between 24 hours and 15 minutes to confirm their interest, the size of their interest and negotiate the price at which they are a buyer. Investors may ask for more securities than they want in the hope of receiving an order of a size close to their target. Oversubscription and opacity obscure a real understanding of supply and demand.

The manual workflow of phone calls, emails and messages also creates risk within the buy side. Purchases may not comply with an investment mandate or funding may not be available, as these processes are not automatically engaged with.

“What we clearly need is a way to electronically send an order from our order management system straight through to a syndication book,” says Munro. “It will clear mandate compliance checks at the asset manager’s end, and so clearly is genuine demand and therefore is not an inflated order. That’s what we are asking for.”

The manual model is just as much a problem in the equity markets, despite the highly electronic nature of secondary market trading, and the listing of securities on primary markets.

“In equity markets, transmission of secondary market orders for almost all of our brokers is via FIX connectivity,” says Simon Steward, head of European equity trading at Capital Group. “So we have that safety net, audit trail and everything whereby we can transmit orders to brokers. On the primary side around issuance, or even secondary issuance to some extent, the actual transmission of orders is still done largely over an IB chat, or over email or on the phone. I find it incredible that with all the technological advancements in our industry we have not yet managed to solve this.”

This suggests that the inhibitors to progress are not a result of the complexity of fixed income markets or processes but instead are simply a result of the lack of adoption of a process.

“We FIX into the sell side on the algorithmic side, and then we FIX in on the high-touch side,” says Steward. “So effectively we have two pipes, and getting a third one for equity capital markets would really just require getting around the table and discussing what is going to work, to understand the workflow implications.”

Complex negotiations
The process of negotiation cannot be automated – it requires human decision-making on both sides, with information being sent back and forth multiple times between the syndicate banks, the buy-side trading desk and their portfolio managers. That level of messaging is multiplied by the number of banks engaged in the process. As the banks have no standard method of communicating and often do not supply complete data, this creates unnecessary complexity.

“It’s a manual, time consuming job to call potentially eight different leads on a deal to let them know we are in for it; then that we have upped our order or scaled our order back; and that we have a different menu of interest at the various different prices to tighten the deal, which seems to be happening more frequently these days,” says Munro. “Doing that manually is a waste of time for both the buy and the sell side. I don’t think anybody earns out of that.”

The whole process could be better organised if there were a system in place to prevent incorrect or incomplete information from being transmitted.

“We are not asking for a picture of the allocation process, we are not asking for any special treatment,” says Conn. “This is a governance issue, not a transparency issue. We want to send applications and receive allocations back electronically. That means order tickets have to be created and go through mandate compliance when they are being built. So this is actually speeding up the process.”

System providers such as Bloomberg, Liquidnet and Symphony have already developed technology that can capture unstructured messaging conversations in the new issue process and ensure that terms are translated into orders.

“Here is the problem of structured data in voice messaging,” says David Gurle, CEO of capital markets communication network, Symphony. “If I write you something but it’s missing two parameters, and you have to respond back to me, asking what exactly was misquoted here and there. This create back and forth conversation, which becomes onerous in terms of time and further error corrections that have to happen. To avoid that, at the time of typing, we have natural language processing (NLP) which recognises what you are typing, and like a Google search auto suggests what you might type next.”

The use of similar machine learning technology by Liquidnet has allowed it to develop a dedicated primary market platform, while Bloomberg has recently announced users can use messaging to launch an order.

“With a very cute and useful visual clue – green vs red – you know that you are no longer introducing error,” Gurle says. “We will actually not send a command if there is a red element; we notify the user that the description of the trade misses parameters and ask them if they still want to send it.”

Although Symphony has no primary market product yet, both it and traders are discussing its capabilities in this space.

“There is demand for more efficiency in the primary market, where we see our conversational capabilities have potential and we see a significant appetite in the market for us to do something in this space,” Gurle says.

There is also support for Liquidnet’s offering amongst the buy side with significant interest in its continuation after the takeover by TP ICAP.

More about the data
In both Europe and the US, regulators are pushing to improve access to primary market bond data. The SEC has approved a primary market database which will be run by the Financial Industry Regulatory Authority (FINRA) in the US while the European Securities and Markets Authority (ESMA) has included primary market data in the plan for a consolidated tape for fixed income in Europe.

“I think there needs to be a regulatory push, even if it were for official identifiers, SEDOLS and ISINs being made available in the prospectus, or even earlier so it captures private equities,” says Conn. “Once you have got official identifiers then it reduces the problem of electronically transmitting the order.”

IHS Markit has seen success with its primary market process tools in Europe and Asia Pacific and Ted Douglas, the firm’s co-head of Global Fixed Income, believes the regulators are helping the process.

“FINRA’s [primary market data] will allow us to extend the data we offer to the marketplace,” he says. “When FINRA makes information public domain that’s going to allow us to share more data with the market.”

He makes a point that IHS Markit has offered interoperability to other vendors, something Liquidnet – currently being acquired by interdealer broker ICAP – has also offered.

This ease of access to all firms will be fundamental to increasing efficiency says Munro.
“We have been a bit frustrated that the US consortium putting DirectBooks together is not inclusive of all the banks, just a handful,” he notes. “We really want a utility-like process, where we only need to put our order into one platform. We don’t want to have to split that order across two or three different platforms, because that defeats the object.”

Douglas adds, “International interoperability is also important – we are extending more deals into APAC regions, with our partners reaching mainland China, extending out to the Hong Kong market with both north-bound and south-bound deals happening.”

While the buy-side trading community is vendor agnostic it would clearly like to see greater standardisation and improvement in data points including ISINs, Cusips, and other data fields that are needed to create the security correctly in order to pass internal compliance tests.

Given that the technology exists, the will on the buy side exists, several platforms exist and there is material risk to investors it would seem there is only one part of the market that could stand in the way of progress.

“I hear arguments that creating a deal book is more of an art than science,” says Conn. “I will just politely say that being able to transmit those orders electronically shouldn’t make a blind bit of difference. And I would hate to think that anyone would really want the mitigation of operating risk held up by self-interest.”