Lynn Strongin Dodds canvasses the market to see who is willing to pick up the gauntlet in Europe.

If dealers are trading less, they are making fewer prices. As the market makers in fixed income that creates a challenge for asset managers who need to know they are getting a fair deal, particularly in European markets where there is no mandated post-trade price data source.

“Many prices for corporate and financial bonds are indicative only and not firm,” says Fabien Orève, global head of trading at asset manager Candriam. “These prices do not always represent the real market. Pre-trade checks and voice trading with broker-dealers are still a common practice. For developed market government bonds, we do not face such issues as we efficiently manage to trade those liquid instruments through electronic platforms most of the time.”

A solution to the withdrawal of dealer prices is that buy-side firms make prices themselves. To do that requires the aggregation of pricing data from numerous sources, with often home grown technologies used to aggregate and process the data. Behind the scenes, buy-side traders are working with the FIX Protocol community to assist in normalising the data.

David Weiss, senior analyst at consultancy Aite Group says, “Project Apollo aims to standardise streaming price data which will make it easier for buy-side firms to aggregate and have a better view of the sell side’s quoted markets. We saw the same semi-private thing happen with Project Neptune where things had gone quiet and then it was launched.”

Neptune is designed to facilitate the flow of liquidity in bond markets that have been suffering from investment banks withdrawing due to higher regulatory capital charges. It enables sell-side and buy-side firms to share their pre-trade indications using standardised FIX protocols, across different venues and liquidity pools.

It has been hailed as a success although market participants admit that launching Neptune was not easy. The market has historically struggled with such projects. NYSE Technologies tried to develop a consolidated tape in 2011 comprising complete coverage of post-trade equities data from all European regulated exchanges, multilateral trading facilities (MTFs) and over-the-counter (OTC) derivatives markets.

“One of the main reasons it failed is that it was not enforceable and some people held off sending their trades because of concerns over market movements,” says Matt Gibbs, product manager at technology provider Linedata. “It not only requires technology but also a cultural shift and standardisation which are hard to achieve and time consuming because the jurisdictions are governed by different regulators.”

Carl James, global head of fixed income trading at Pictet Asset Management, also believes that getting people to sit around a table and reach agreements can be challenging. “In this industry it is worse than herding cats and there have also been many changes over the past few years,” he adds. “For example, the sell side are more challenged in offering solutions to their clients, as they have less budget and resource to offer. While the buy side has been used to getting things free and now, driven by regulation and a changing economic landscape, it has to do its fair share of heavy lifting.”

This is perhaps why Orève adds that Candriam, like many asset managers, are forging their own path for now and is primarily collaborating with its multi-asset OEMS provider. “[Candriam] is exploring different ways to extend the usage of FIX connectivity to other areas such as pre-trade and post-trade information,” he adds. “For example, this includes the transmission of fixed-income broker-dealers’ axes and inventories through FIX.”

Rising to the challenge

Fred Ponzo, managing partner of consultancy GreySpark Partners believes that fund managers need to up their game and be more proactive.

“One thing that has structurally changed today, compared to pre-crisis, is a complete inversion of activity between the buy side and the sell side,” says Ponzo. “The portfolio managers whether they be from Bluebay, BlackRock or State Street have the bargaining power and not the sell-side traders. They are way bigger than they used to be and the banks are getting smaller.”

Asset managers though are not rushing to fill the gap left by the sell side. This not only requires a cultural shift but also underscores the need for streaming price data. The lack of pre-trade transparency data is one potential impediment to buy-side firms stepping in, some argue. However, in time this will be resolved as regulators are pushing for trading data to be better amalgamated in order for market participants to access a more complete range of data across the asset class spectrum from fewer sources.

Some industry participants would like to see a configuration based on the US based Trade Reporting and Compliance Engine (TRACE), a revenue style allocation model, whereby each market that contributes is rewarded depending on its market share or other factor. Phased in during 2002, it is operated by the Financial Industry Regulatory Authority (FINRA), a dealer-led trade association, and covers equities as well a post-trade tape for bonds.

Investors benefit because all the costs are in one place plus, as TRACE has shown, price discovery improves. The negatives according to critics is that it would be difficult to manage, input costs would still be too high and it would probably not offer data in real-time.

MiFID II will provide a framework for these developments. Under this regulation, due to come into effect in January 2018, third parties publishing trade data will be required to be authorised as approved publication arrangements (APAs) while those that provide consolidated trading data from across the whole of the EU will need to be authorised as a consolidated tape provider (CTP).

The European Securities and Market Authority recently published a consultation seeking feedback on whether CTPs should be allowed to specialise in only one asset class or a group of asset classes. It also asked which trading venues and APAs should be included in the tape mandatorily. In addition the watchdog is proposing a threshold in terms of the volume and the number of transactions reported as well as the inclusion and removal of trading venues and APAs in the tape.

This will leave room for a utility type of solution such as Project Apollo although many existing Approved Reporting Mechanisms (ARM) such as the London Stock Exchange Group and Trax, a subsidiary of MarketAxess, are planning to register as APAs. Technology vendors, not surprisingly, are also likely to join the fray.

For example, ICE Data has already expanded coverage for its best execution service to include sovereign and corporate bonds in Europe, the Middle East and Africa, by leveraging its Continuous Evaluated Pricing system. This provides clients with access to streaming evaluated price information updated continuously throughout the day based on multiple inputs, including observable market data, moves in interest rates and perceived credit quality.

To sustain a price data service will require the provider to develop a working commercial model, at least part of which will depend on the buy-side community’s capacity to stream data into the pricing engines it is developing. Ponzo notes that there is a ‘chicken and egg’ scenario developing for the asset managers which must be overcome to avoid prolonged inaction.

“It’s about putting the prices in place,” he adds. “It’s nice to have roads but they still haven’t built the car. Even before they start making prices via a standardised structure, they need to make prices in the first place.” 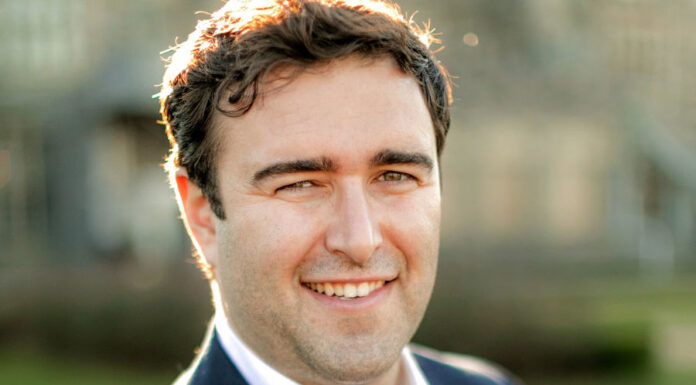