Will Gary Gensler, chair of the Securities and Exchange Commission (SEC), one of the US market regulators, have time to tackle issues in the fixed income markets? Not if his agenda is weighted by concerns raised at the United States Senate Committee on Banking, Housing, and Urban Affairs priorities.

In a two-hour discussion, concerns about the fixed income markets were raised once, focused on the liquidity crisis that the US$22 trillion Treasury market experienced in March 2020, which was raised as a point of concern by senator Jack Reed of Rhode Island, referring to it as a “free seizure”. By contrast, questions about cryptocurrency regulation came thick and fast.

However, Gensler himself brought fixed income to the fore. In his prepared statement he turned to the Treasury market as the first issue to tackle.

“They are how we, as a government and as taxpayers, raise money: we are the issuer,” he said. “During the start of the Covid crisis, liquidity conditions in the Treasury market deteriorated significantly. This wasn’t the first time we observed challenges in this market, though. Back in October of 2014, there was the Treasury “Flash Crash.” In the fall of 2019, we had significant dislocations in Treasury funding markets, called the Treasury repo market. I’ve asked staff to work with our colleagues at the Department of the Treasury and the Federal Reserve on how we can better enhance resiliency and competition in these markets.”

Reed asked that Gensler “Continue to look very closely at the Treasury markets. I know we’ve tried to learn lessons from March 2020 but I don’t think we fully heard all the lessons and incorporated them.”

Responding, Gensler said, “I agree with you and it’s one place I hope that there’s a maybe even more bipartisanship I’m wearing closely would share pal and fellow reserve closely with secretary Yellen and her team to try to bring more resiliency safer treasury market but also more competitive that we might lower the cost to all of us the taxpayers cause we are the issuer in that.”

His wider agenda appears to take in both the recommendations around clearing of trades but also the potential for all-to-all trading to be allowed in the Treasury market.

“To the extent that this market is more efficient, that could potentially save money for US taxpayers and lower the cost of our debt,” he said. “To the extent that this market is more resilient, it is less likely to add to systemic risks during times of stress. We will seek to consider some of the recommendations that external groups, like the Group of Thirty 6 and Inter-Agency Working Group for Treasury Market Surveillance, have offered around potential central clearing for both cash and repo Treasuries. Further, I’ve asked staff to reconsider some initiatives on Treasury trading platforms, and also to consider how to level the playing field by ensuring that firms that significantly trade in this market are registered as dealers with the SEC.”

He also left the door open to the return of issues raised by the Spotlight on Fixed Income Market Structure Advisory Committee (FIMSAC) which last met on 5 October 2020.

“I’ve asked staff for recommendations on how we can bring greater efficiency and transparency to the non-Treasury fixed income markets — corporate bonds, a US$11 trillion market; municipal bonds, a US$4 trillion market; and asset-backed securities, which back mortgages, automobiles, and credit cards), a US$13 trillion market,” he said. “This market is so critical to issuers. It is nearly 2.5 times larger than the commercial bank lending of about US$10.5 trillion in our economy.”

Issues raised by FIMSAC which are still outstanding include changes to the rules on internal crossing which would allow investment firms to match off trades if two clients were a buyer and seller without incurring the costs of going to market. 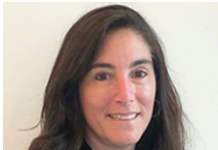 US agencies report on US Treasury market changes; market making still out of scope