As sell-side relationships are harder to come by, indirect clearing offers hope for smaller buy-side firms, but without mandated asset segregation many may find themselves exposed. Chris Hall investigates.

Portability – the ability to move buy-side derivatives positions from one clearing member (CM) to another – is a fundamental protection sought after the collapse of major clearing brokers over the last decade.

“If the CM of the end-client defaults, it will not be difficult to identify the exact positions and collateral (including excess collateral) that belong to the client [under ISIAs],” he says. “But in the case of gross omnibus accounts, on the one hand the excess collateral will not be protected, and on the other, there is a real risk that the positions that have to be clarified between the CM, the CCP and the client will take a long time to settle,” noting that such delays increase risk and reduce the likelihood of porting, rather than liquidation, of positions.

Repeated delays have lent a staccato quality to buy-side preparations for the introduction of mandatory central clearing for OTC derivatives in Europe. But the stop-start, behind-the-scenes waltz between clients, clearing members (CMs) and central counterparties (CCPs) must end by 21 December 2016.

This is when the curtain goes up on central clearing for interest rate swaps (IRS) in major currencies for ‘category 2’ firms, including many large asset managers, under the European Market Infrastructure Regulation (EMIR). However, some buy-side firms looking for experienced sell-side partners to lead them through the unfamiliar steps and routines of central clearing may not be admitted to the ball.

During the extended prologue to the launch of European central clearing, many sell-side suitors quit the dance floor, complaining of high costs incurred as they waited for the music – and the fees – to start. Meanwhile, the remaining CMs have upped their criteria. Their appetites are constrained by Basel III’s leverage ratio, which effectively allows only finite balance sheet capacity to facilitate client clearing business. All are scrutinising current and potential client portfolios closely to assess their balance sheet implications. Increasingly, ‘off-boarding’ clients is necessary, before any onboarding of new business can be considered.

For buy-side firms barred from direct access to clearing, there is an indirect route. Well-established in the exchange-traded derivatives (ETD) market, EMIR asserts indirect clearing of OTC derivatives should provide users with the similar levels of protection as afforded to direct clients, in terms of segregation and default management. But again, Basel is an obstacle. Intensifying pressure to target expenditure to optimise returns means CMs are focusing their resources on firms with which they have strong, multilateral relationships, rather than enabling indirect clearing by firms with which they don’t want or have a relationship.

Moreover, the indirect clearing regulatory framework is in disarray and subject to revision. As the deadline for central clearing draws near, more than a few buy-side firms are getting nervous. “With limited clearing members providing OTC clearing services and the EMIR clearing mandate coming into force this year, certain buy-side firms may find it difficult to find a clearing provider in the absence of an indirect clearing solution,” according to a head of clearing at one of Europe’s largest banks.

A report published by the European Securities and Markets Authority (ESMA) in August 2015 as part of the EMIR review process acknowledged the need for additional regulatory technical standards (RTSs) to support segregation and portability, citing, among other issues, “legal uncertainty toward national insolvency laws”, burdens on CCPs relating to ensuring client protection, and difficulties in porting assets and positions back to clients and indirect clients in the event of default by clearing members and direct clients respectively.

But attention soon focused specifically on the shortcomings of the existing EMIR RTS on indirect clearing, as ESMA received feedback on its draft indirect clearing RTS for ETDs under MiFID II. Due to the common issues across both markets, ESMA launched a joint consultation exercise in November covering its proposed draft MiFIR RTS and draft amendments to the EMIR RTS.

An over-arching problem is legal risk. Key elements of the default management process for indirect clearing – namely porting and ‘leapfrog’ payments – are at risk of legal challenge not only from third countries, notably the US, but also from potential conflicts with existing insolvency law in EU member states. Some difficulties could be eased if the scope of the proposed obligations only covered indirect clearing chains where all counterparties are EU entities. But greater harmonisation of EU regimes is also needed to better facilitate the provision of client asset protections across the clearing chain.

More specifically, concerns have been raised about proposed changes to the account structures available to indirect clients. Based on feedback to the initial MiFID RTS on indirect clearing, ESMA proposes replacing the initial choice of an ISIA and OIA, with that of an OIA and a GOIA which includes additional protections, designed to offer indirect clients the same level of protection as an ISIA. These may still be offered, but “it is proposed not to require [ISIAs] to be part of the minimum set of accounts”.

This has gone down badly, particularly in France, where Amundi Asset Management rejected the idea that GOIAs could offer equivalent protection, asserting that the segregated account is “the only way to implement an important objective of EMIR: portability”. AFG called on ESMA to address the cost, risk and complexity issues that have been limiting take up of ISIAs, and pointed out a “weakness” in the GOIA, due to excess margin being held at the client level rather than transferred to the CCP.

For Joshua Satten, director of business consulting at Sapient Global Markets, the root issue resides in EMIR’s promise of choice between segregated and omnibus accounts, in contrast to other jurisdictions.

“In the US model, it is possible for indirect clients to have segregation and anonymity; they are meant to select a ‘back-up broker’ in advance so that a smooth transition can take place in the event of a default. But with an omnibus account, as required under EMIR and which is being touted as the more cost-effective option, the CCP may have to become involved in the porting process due to the commingled nature of the account, which runs contrary to the concept of client anonymity. Moreover, the netting of indirect client positions and collateral in an omnibus account makes it hard to port in the event of a default,” he explains.

Outlining its new proposal, ESMA acknowledges the many hurdles to porting for indirect clients, and acknowledges the need for pragmatism by shifting emphasis to an ‘obligation of means’ rather than results, in terms of the requirement for CCPs to trigger the necessary procedures in the event of a clearing member or client defaulting. Nevertheless, Simon Puleston Jones, head of Europe, FIA, argues that the possibility of successful porting remains remote, meaning the proposals impose burdens on CMs and CCPs with no benefit to indirect clients. “An indirect client in gross or net omnibus account can only port its assets and positions if all its fellow account holders agree. For indirect clients, porting is therefore unrealistic, especially under the time constraints of a default by a clearing service provider, clearing member or direct client.”

While cost has often been cited as the key determinant of account selection for central clearing of OTC derivatives, now perhaps time will be the deciding factor. The schedule for approval of the new RTS is tight, leaving scant time for indirect clearing relationships to be established before mandated clearing starts. If you haven’t chosen your partner yet, you may miss out. 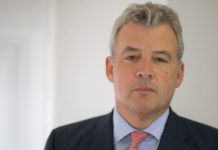 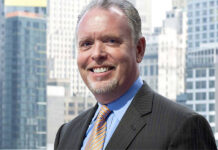 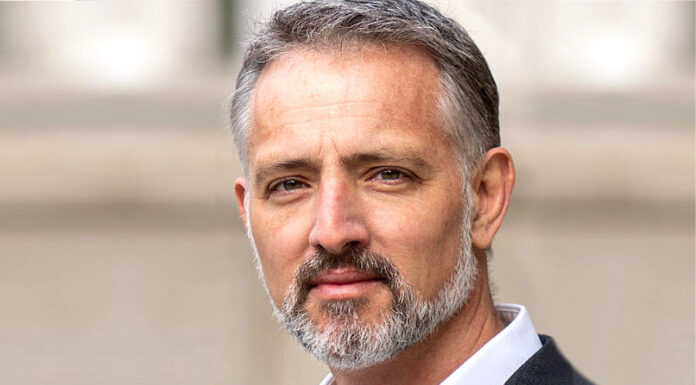