By Joel Clark. Nearly a year on from the implementation of MiFID II, the rulebook has still not achieved its objective of increasing transparency in European fixed income markets. Furthermore, the advent of Brexit in March 2019 could thwart data reporting arrangements as the UK becomes a third country outside the European Union. Speaking at FILS Amsterdam 2018, buy-side and sell-side market participants observed that in spite of the intense industry preparation leading up to the implementation of MiFID II in January, market structure has still not materially changed and the new approved publication arrangements (APAs) and approved reporting mechanisms are not yet working as intended. “The objective of MiFID II was trade transparency – pre-trade and post-trade – and we are probably not there yet. We all rushed to connect to different APAs and to send our trades to regulators and make them public, but nobody can leverage that data because the overall quality is pretty bad and it’s very hard to access,” said Stephane Malrait, global head of market structure and innovation for financial markets at ING. The frustration for market participants is not only that the regulatory objective has not yet been achieved, but also that they are not as yet able to leverage newly reported troves of data to improve their own business. Market-making algorithms and artificial intelligence (AI) could both be improved by this data, said Andre Serjantov, global head of electronic primary and credit markets at BNP Paribas. “The rise of AI is absolutely there to enhance our execution efficiency – we have even seen it used in the primary space in recognising requests for quote from chat data and could see it summarising research articles,” he said. Despite fears liquidity might deteriorate as the market got to grips with the new MiFID II rulebook, both bank and non-bank market makers agreed there had in fact been improvements in liquidity this year. “Since the implementation of MiFID II we have now dealt with just over 30 new clients that we hadn’t seen before on the screen, just simply because they can now access our liquidity, much like they have been able to in the US for SEFs,” said Brian Oliver, European head of institutional sales and relationship management at Citadel Securities. With Brexit now just a few months away, however, the objectives of MiFID II stand to be further hindered, particularly if the UK leaves the European Union without a deal. Given a large proportion of European fixed income trading currently takes place in the UK, it is not yet clear how that business will have to be reported post-Brexit. “This is a big concern for regulators because they don’t know if the MiFID instruments will shrink dramatically because they will be trading in the UK or if they will increase because they will come to Europe. The calibration formula will change dramatically and they may have to change the regulation to cope with that because even if you have equivalence, you are still outside the EU,” said Malrait. ©TheDESK 2018 TOP OF PAGE
Share
Tweet
Share 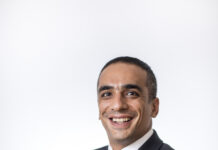