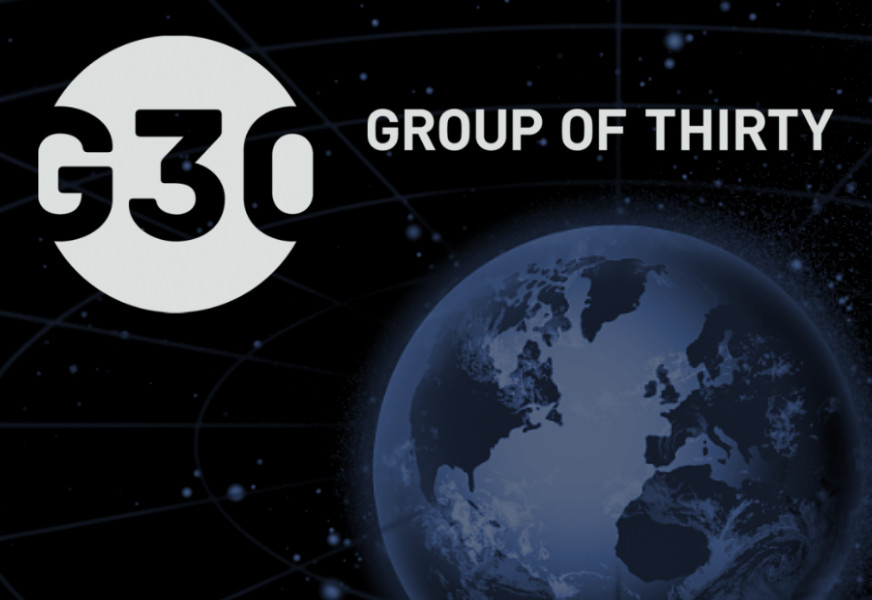 Nobody wants responsibility for the US Treasuries market. We checked.

In 2014 The DESK approached every US financial regulator and authority to ask who was overseeing America’s government bond market. ‘Not us’ came the unanimous response.

Seven years later, a proposal by the Group of Thirty’s (G30) Working Group on Treasury Market Liquidity published on 28 July 2021 suggests ten changes that regulators and authorities could make to improve Treasury market functioning. Parallels between these proposals and those for reforming the derivatives markets prior to the 2008 financial crisis are striking.

We were asking the question in 2014 because market participants told us that the US Treasury market had structural problems that had become painfully obvious. These problems were routinely brushed off as issues by spokespeople – who declined to commit to speak on-the-record – but off-the-record we heard of increasing concerns.

The problems we heard of at that point were as follows. Firstly, high-frequency trader (HFT) participation in the interdealer market was killing the interdealer market for non-HFT firms, as the work-up trading protocol (agree a trade, freeze the trade while negotiating size, complete or cancel trade) allowed firms making and amending trades at sub-second speeds across the cash and futures markets to only trade when they won, which meant their counterparts – banks and hedge funds – routinely lost. It was a last look model open to abuse.

Not great, but after the publication of Michael Lewis’s ‘Flash Boys’ earlier that year, all eyes were on the effect of HFT in the equity markets on pension funds, not on dealer-to-dealer problems. Nevertheless, this was causing pain for the banks that used interdealer cash markets and futures exchanges to manage risk from dealer-to-client trades and generate returns.

Secondly, dealer-to-client liquidity was also deteriorating. We heard on background that this was largely as a result of regulation. Capital adequacy rules were restricting risk taking. The Dodd-Frank Act had banned dealer proprietary trading, and while it made an exemption for US Treasuries, government bond volumes are tied to secondary trading in corporate bonds, for which they are used as a hedge. Consequently, banks’ need to trade in Treasuries had fallen.

Third and finally, the total lack of oversight and transparency – trades were not even reported to regulators – meant that any problems were exacerbated by blindness. And the blindness was wilful.

The counter to this was the refrain that the US Treasury market was the most liquid bond market in the world.

The truth was that the market was being underpinned by blind faith.

Faith-based market structure
Blind faith commonly leads to massive miscalculations in capital markets, for example banks being ‘too big to fail’ or FX markets being ‘too big’ to be rigged.

The false assumption that scale will protect a market or business from structural failure was behind the 2008 financial crisis.

The exemption of swaps from regulatory oversight under the Commodity Futures Modernization Act of 2000 (CFMA) allowed a market to develop severe structural problems, based on very human misjudgement. Exposure to bad debt triggered defaults, lack of oversight of the problem triggered a meltdown.

As with the US Treasury market, the problems were well known beforehand, and solutions were proposed. The Federal Reserve’s discussion with the industry, captured in ‘The Fed Letters’, documented the ongoing discussion between authorities, banks and market infrastructure to try and solve the derivative market’s structural flaws.

Although these had been flagged by the Fed in 2005, as with the US Treasury market no-one owned the process, and so the process for reform was under powered, even though the collapse of massive banks under bad credit which had been securitised was a slow-motion car crash. Bear Stearns, then Lehman Brothers fell and still a structural solution – better record keeping, central clearing all of which had been proposed by that point – was not in place.

Without oversight, no-one knew how big a problem it was, and then in 2008 when defaults began, markets realised how big a problem that was. Everybody panicked. Nobody traded. Liquidity disappeared. The G20 had to come together at the Pittsburgh Summit in 2009 to enforce the market reforms – already proposed in The Fed Letters – which would allow the business to restart.

The big risk in Treasuries
This all seems familiar. A spokesperson for the Federal Reserve, speaking in October 2014 told The DESK that, “The Fed has a very limited role – in fact no role – in the regulation of trading in the [US treasuries] market. It is not something we would have an input or concern in, in terms of trading practices.”

Later that month the market experienced a ‘flash crash’ when on 15 October the 10-year treasury rate fell 34 basis points over a 10-minute period from 2.2% to 1.86%, a 52-week low, before rebounding for the end of day. Treasury futures volume hit nearly 1.6 million trades.

A year later The Fed was co-authoring a report into the event with four other regulatory bodies. The report was explicitly mandated not to apportion responsibility and was also unable to find a cause; it noted that unusual activity including a rise a self-dealing was not within its purview to assess. While reviewing market activity in that period the authors did not spot wholesale spoofing of the market being conducted by major banks, which has since led to big fines. This event did not trigger market reform.

In 2020 Treasury market liquidity declined terribly during the March sell-off.

Mark Cabana, rates strategist at Bank of America Securities, noted on 12 March 2020 that US Treasury market functioning had materially deteriorated over recent days, with the 30-Year bond yield increasing 11bps on 11 March while the S&P 500 declined 5%.

“In a risk off environment it would be expected to see UST yields decline; yields appear to have been overwhelmed by liquidity concerns yesterday,” he wrote, observing that the US Treasury market’s position as the major risk free rates market made large scale illiquidity a problem for other markets, which price on the back of it.

“[It] could lead to large scale position liquidations elsewhere, ex. agency MBS, credit, equities,” he wrote. “It would also increase the cost and reduce the ability for the US government to fund itself. This would make it increasingly difficult to provide much needed fiscal help to combat the COVID-19 public health emergency.”

Since the 2020 sell-off post-trade data on US Treasuries has been reported via the TRACE post-trade tape to regulators, but it is still not accessible publicly. Further reforms have been proposed, many of which are included by the G30.

Can markets help themselves?
The Group of 30, a collective of influential financiers and academics, has made recommendations for reforms which are intended “to increase, diversify and stabilise market-making capacity in the Treasury market.”

These recommendations are as follows:
1: The Federal Reserve should create a Standing Repo Facility (SRF) that provides very broad access to repo financing for US Treasury securities on terms that discourage use of the facility in normal market conditions without stigmatizing its use under stress. It should make permanent its Foreign and International Monetary Authority repo facility.

2: All trades of Treasury securities and Treasury repos executed on electronic interdealer trading platforms that offer anonymous trading by interposing an interdealer broker between buyers and sellers should be centrally cleared.

3: Treasury repos should be centrally cleared.

4: Market participants and regulators should continue to study how dealer to-client cash trades of Treasuries might best be centrally cleared, including via the sponsored clearing model, and assess the private and public policy cases for central clearing using whatever is the optimal model.

5: The Treasury Department, after consultation with the Federal Reserve, should organise and take responsibility for a joint review of the design and operation of the Fixed Income Clearing Corporation (FICC) by Treasury, the SEC, the CFTC, and the Federal Reserve, with a view toward ensuring that the supervision and regulation of FICC is sufficiently robust. FICC should be granted access to the SRF.

6: Banking regulators should review how market intermediation is treated in existing regulation, with a view to identifying provisions that could be modified to avoid disincentivizing market intermediation, without weakening overall resilience of the banking system. In particular, US banking regulators should take steps to ensure that risk-insensitive leverage ratios function as backstops to risk-based capital requirements rather than constraints that bind frequently.

7: The SEC, in consultation with the Federal Reserve and the Treasury, should review the robustness of the prudential safeguards at broker-dealers (including interdealer brokers) in US Treasury securities and Treasury repos that are not affiliated with banks (independent dealers).

8: The TRACE reporting system should be expanded to capture all trans actions in US Treasury securities and Treasury repos, including those of commercial bank dealers and principal trading firms. Furthermore, subject to a cap on the disclosed size of trades, the data should be publicly disclosed in a manner similar to the way that data on corporate bond transactions are currently disclosed.

9: SEC Regulations ATS and SCI should be applied to all significant trading platforms for Treasury securities, including both interdealer and multidealer dealer-to-client platforms.

In its report the G30 added that these would make a material contribution to improving the functioning of the Treasury market, “both in normal times and in periods of crisis, reducing systemic risk in the Treasury market and reducing the need for certain types of interventions by the Federal Reserve in crisis.”

It has identified many positive paths of action for authorities to take. It is not clear whether these paths will be taken before another crisis hits the market, potentially due to credit events, which would have a more serious impact on investors.

These recommendations have largely been made before and – with the addition of all-to-all trading – been supported by many market participants, yet they have not been put into place. Regulators are driven by politics, which means crises. Market makers are driven by profits, which – curbed from risk taking – means volatility. The backstop for liquidity problems today is the central bank and that does not change under the G30 recommendations.

As such regulators will set the pace, and based on historical precedent will require a crisis to effect change. If these reforms follow the path of The Fed Letters after 2005, market lobbying will slow their adoption, until a liquidity dislocation forces them into place with much handwringing and questions being asked. Once again the right ideas are the nails of a solutions, waiting for a crisis to hammer them into place.