The report, published in September, sought to review proprietary trading amongst firms regulated by the PRA, along with the risks created by such activity and its own capacity to oversee and manage such risks.

Yet it acknowledges that distinguishing between what it refers to as ‘classic’ proprietary trading and market-making is difficult.

“Classic proprietary trading and market making both give rise to similar risks, including market risk and often counterparty credit risk,” it writes.

It also observes that in terms of process and outcome the two are identical, only differing in the purpose of the trading, not market activity.

“’Classic’ proprietary trading is usually thought of as short-term own-account trading with the intent of profiting from market movements unconnected with client activity,” it notes, “both activities often involve holding positions for the bank’s own trading account, and in both cases these positions often change quickly. It is only intent that separates the two: the risks are similar.”

This lends support to the view that capital costs intended to reduce proprietary trading activity are in fact reducing market making activity.

The decline of sell-side support for market making in fixed income, which is a principal trading activity, has been widely reported by asset managers since 2008. There have been concerns raised that capital requirements for proprietary trading have triggered this decline, and the PRA is unable to draw a line between the two activities in its analysis, lending credence to this view. 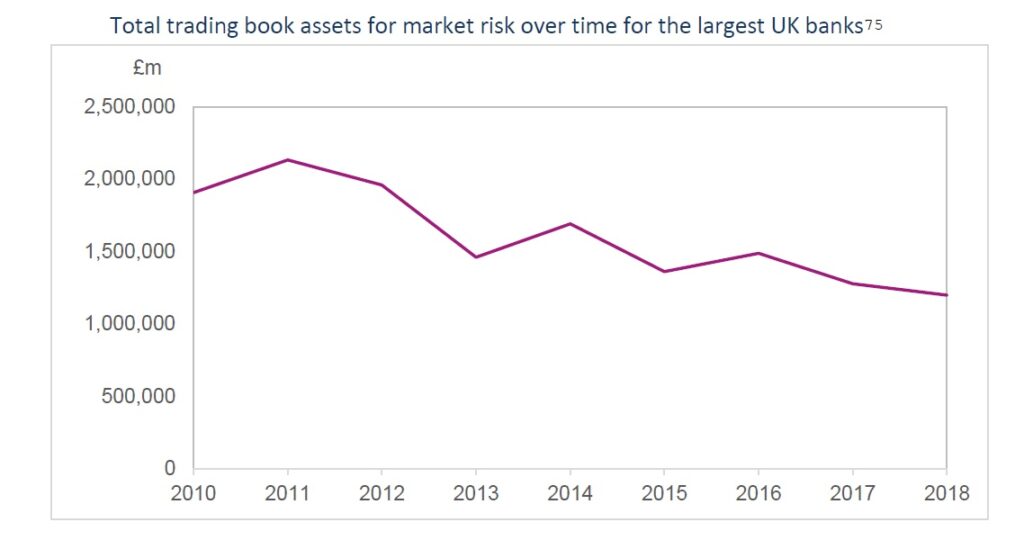 “…Analysis of both firms’ market risk reporting and the capital requirements for market risks does not suggest that the two activities are conducted in such a way as to pose substantial risks to the safety and soundness of banks,” it writes. “Moreover, the market risks associated with these activities have declined since the 2008 global financial crisis, supporting the view that own-account risk taking in the trading book does not fit well with most banks’ current business models.”

Since 2008, authorities have pushed for increased levels of common equity and retained earnings within banks as these form the highest quality of going-concern capital, and thereby increase the resilience of banks and the wider financial system. A bank’s Common Equity Tier 1 capital (CET1) is a measure of this form of highest quality loss absorbing capital resources, including both ordinary shares and retained earnings. 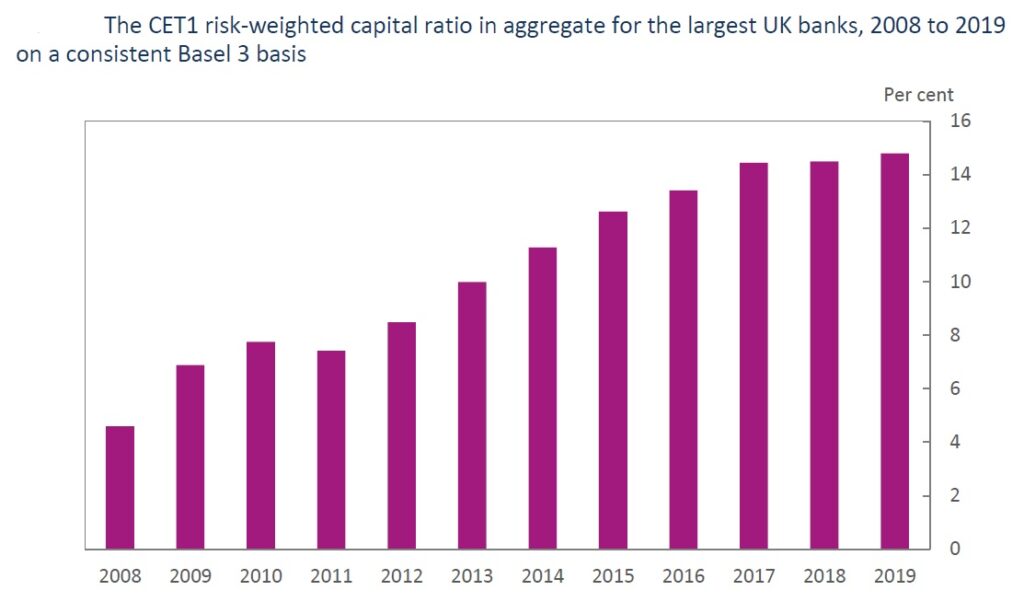 Increased pressure on banks to balance out risk with capital or other assets, via measures such as the net stable funding ratio (NSFR); the liquidity coverage ratio (LCR) – which requires banks to have a liquid asset buffer (LAB); and the leverage ratio – which acts as a backstop to the risk-based capital rules, have all increased the cost and complexity of engaging in proprietary trading.

As these costs are primarily risk-based and the risk profiles of market making and ‘classic’ prop trading are the same, the tacit acknowledgement is that market marketing activity has been reduced as a result.