Jannah Patchay of Markets Evolution advises firms to keep their eye on the ball and not let Covid divert their attention from the job at hand.

In light of the current global Covid-19 pandemic, with the UK and much of Europe in varying forms of lockdown, and very much focussed on preserving national economies and interests in the short term, one might reasonably expect that the UK’s impending departure from the EU might be delayed once again. Yet this is clearly not the case, at least from the UK’s perspective: the current government, elected on its pledge to “get Brexit done”, appears to remain entirely committed to delivering on this commitment come hell or high water. From the EU’s perspective, member states are looking inward, and lack the will or capacity to deal with complex and often-tedious Brexit negotiations at present. This poses an existential challenge to any potential Brexit deal – with one side increasingly gung-ho, and the other unable to commit fully to the negotiating table, are we once again headed for a hard Brexit?

Many financial institutions, perhaps encouraged by the last-minute sprint on both sides to a successful negotiation of the Withdrawal Agreement in 2019, have quietly paused their Brexit plans and programmes. Others, particularly those whose business models rely on access to European markets and clients, but which also lack the size and scale to commit the resources required for a full Brexit contingency plan, may never have kicked off these programmes in the first place. Some firms may even be hoping that an equivalence agreement for financial services will still be possible, given it is a process enshrined in MiFID, applicable to any third country, and therefore, in theory at least, separate to any other Brexit negotiations.

Whilst the general public might be forgiven for not fully understanding the impact of a hard Brexit on financial services, it is still surprising that many participants in the space do not fully appreciate the consequences for their firms and business models. It’s worth taking a look at what “equivalence”, from a financial services perspective, actually means, and clearing up some of the misconceptions associated with it.

Similarly for payments and e-money, governed by the Payment Services Directive (PSD) and the E-Money Directive (EMD) – there is simply no concept of equivalence for these activities. Firms providing services under these frameworks must either abandon their EU operations, or establish a local EU base.

The only other option available for firms is to have a local establishment and authorisation in an EU member state. There are no quick wins here.

Once we accept that equivalence is political, it also becomes clear that the current political situation has multiple dimensions, of which Covid-19 is a significant one. Though it’s so far unclear as to the extent to which the EU will take into account the impact of the Covid-19 crisis and lockdowns on factors such as access to foreign capital by European firms and market access for European investors. These may all have repercussions for both the final version of the revised MiFID, as well as for the UK’s equivalence discussions. 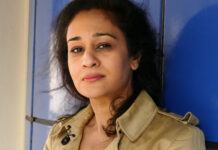 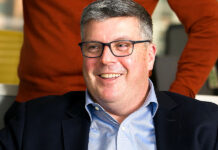 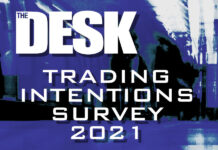 Chart of the week: When trading into the US, when should I trade?

Chart of the week: Attack of the killer BBBs

Viewpoint: Nichola Hunter – The next big evolution in rates trading

Primary markets : Discretion is the better part of bond issuance

ABOUT US
The DESK provides buy-side traders with precise detail on the macro-drivers, events and plans that are shaping liquidity and price discovery in fixed income markets. The DESK delivers facts from the frontline of trading, opinion on the potential of new initiatives and support for fixed income desks across investment firms. Talking about bonds starts at The DESK. PRIVACY NOTICE: https://tinyurl.com/yarnw4pa
Contact us: contact@fi-desk.com
Copyright © 2021 Markets Media Europe Ltd.
MORE STORIES