The US$21.6 trillion US Treasury market is confounded by a lack of transparency and very short-term liquidity provision, according to a new joint staff report published by the US Department of the Treasury, The Board of Governors of the Federal Reserve System, Federal Reserve Bank of New York, US Securities and Exchange Commission (SEC) and the US Commodity Futures Trading Commission (CFTC).

The paper, entitled, ‘Recent disruption and potential reforms in the US Treasury Market: A Staff Progress Report’ highlights the multiple strands of activity that are being engaged with across the capital markets industry to repair weaknesses in the US government bond market.

US Treasuries trading has been severely disrupted in October 2014, March 2020 and February 2021, with repo markets also disrupted in December 2019. The cash market disruption saw significant price volatility while liquidity disappeared.

Likening these ‘fragilities’ to ones observed during the March 2020 and later February 2021 events, 2014, it also observed that the growth of Treasury debt outstanding and increased concentration of asset holdings had already created the potential for “very large trading flows that put pressure on intermediation capacity.”

It also noted there were data gaps in both March 2020 and October 2014, which were created by diversity in “trading venues and participants and fragmented and incomplete data reporting” which had left market participants and regulatory agencies “with only a very limited view of Treasury risk transfer and price discovery.”

The report also admitted that although “improvements” had been put in place after the October 2014 episode, “the experience of March 2020 showed that visibility into the Treasury market remains incomplete for both the official and private sectors.”

The FINRA TRACE tape, which records and publishes post-trade corporate bond trades, is currently not used to publish data from Treasuries trading to the public, only to the authorities since 2017. For reasons not explained in the report, TRACE will continue not to publish that data at present.

The five agencies do report that “Efforts to improve the coverage and quality of the TRACE data are ongoing” but do not explain why the only agencies with authority over the market are meeting resistance that would require such effort, given the transparency higher levels of transparency which exists without harm to liquidity in both the Treasury futures market and corporate bond markets, but is withheld in the cash Treasury market.

“For Treasury cash transactions, the official sector undertook a thorough review of public transparency in 2018, ultimately resulting in coordination with FINRA to release weekly aggregated volume data beginning in March 2020,” the report says. “In addition, historical data back to January 2019 was released in May 2021. In considering public release of aggregated volume data, the official sector considered several factors. First, for the most active market participants, prices in the Treasury market were generally already very transparent, especially for benchmark securities. Volumes were less transparent, particularly in trading between dealers and investors. Second, a key principle in pursuing further transparency was to do no harm to the market. Feedback from a comprehensive group of market participants indicated that releasing volume information too quickly or with too much granular detail may hamper the ability to trade large, concentrated positions. Such trades are particularly important for off-the-run securities. As a result, it was decided to start by releasing weekly trading volumes aggregated by security type, tenor, on- vs. off-the-run, and interdealer or dealer-to-customer market segment. Given the positive feedback received on the release of this data, and the lack of negative market feedback, it is consistent with prior principles to explore increasing transparency further.”

The report does not balance its own observations about the negative impact of poor transparency on triggering liquidity events with the concerns it says have been raised regarding the release of volume information “too quickly or with too much granular detail may hamper the ability to trade large, concentrated positions” nor with the increase in smaller size transactions associated with reduced risk trading and increased high-frequency trading, which now accounts for 60% of interdealer activity.

It does note that the Federal Reserve Board has announced a new rule requiring banks with at least US$100 million in average daily trading to report transactions to TRACE and that FINRA has considered several enhancements to improve the accuracy and quality of the information collected.

“The potential enhancements include increasing the precision of timestamps, standardising price reporting, addressing platform-related fees included in the price, and better identifying trading strategies,” it noted. “In September 2021, FINRA’s board approved filing with the SEC proposed enhancements to the TRACE data collection.”

The report explicitly states that, in addition to the market problems created and or exacerbated by a lack of transparency traders which the In March 2020, large flows from investors were captured by the TRACE data but were not identifiable beyond the FINRA-member dealer intermediary that facilitated the trade.

Understanding the source of these flows required authorities to “contact dealers, wait for other datasets that are significantly lagged, and rely on separate sources of information.”

In summary, the only argument cited against increased transparency is that it may impede liquidity for large trades, while the report also notes that the ability to support such trades has already declined, and the lack of transparency has either caused or greatly supported liquidity crises.

It appears it takes at least five regulators to change the lightbulb in a US$21.6 trillion market, but even then we cannot be sure how bright they will make it, nor how quickly they will change it. 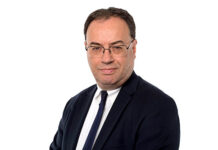 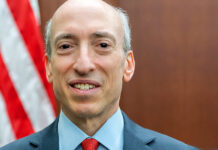